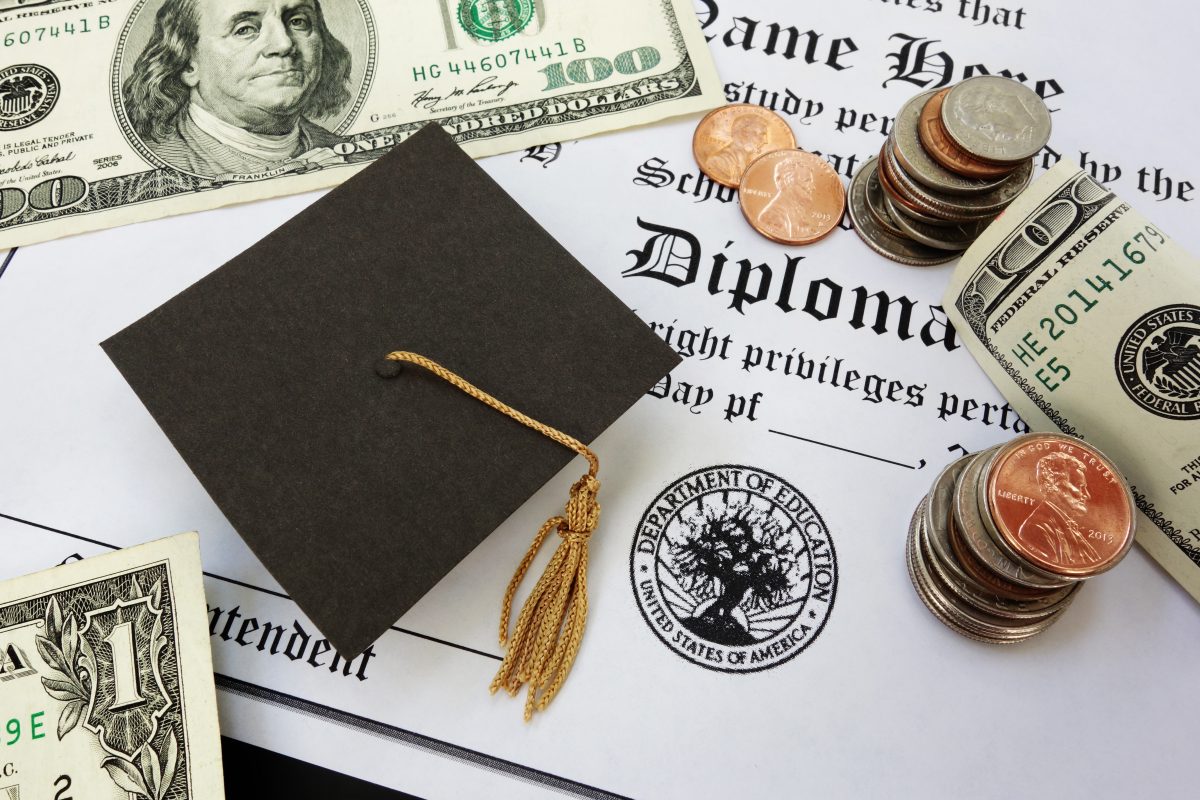 About 40 percent of Americans who enroll in college drop out before earning a certificate or degree. A high percentage of those who drop out are from poor families; they attended K-12 schools where academic standards were low and students who really tried to learn faced peer rejection for “acting white.” Still, some graduate and get into college. Then what?

In The College Dropout Scandal, author David Kirp, an emeritus professor of public policy in the University of California-Berkeley’s Goldman School, argues that what happens to those students should be regarded as a national scandal because the colleges that enrolled them often fail to get them “across the finish line” to their diplomas.

Professor Kirp, it must be noted, is a political activist who looks at education policy through “progressive” lenses. He served on President Obama’s transition team and helped draft the administration’s initiatives. In his first address to Congress in 2009, Obama set forth a goal of raising America’s “output” of college graduates so that we’d lead the world in this statistic. Kirp and the former president both regard college completion as essential to individual success.

Those who do graduate, he maintains, will earn far more over their working lives than those who don’t—he hauls out that deceptive “additional million dollars” figure to exaggerate the benefits of getting the degree. Even if it’s true that, on average, individuals who have college degrees earn a million dollars more, it does not follow that all or even a few of the dropouts would enjoy such financial success if they earned their credentials.

In fact, it’s clear that many graduates of four-year colleges don’t even earn as much as many high school graduates do, and then struggle to pay back their college loans. (See, for example, my article on a paper that inadvertently shows how untrue the “college degrees ensure success” mantra is.)

That’s not to say that some people aren’t better off with a four-year degree or at least a community college certificate, but we shouldn’t assume that earning a postsecondary credential would be a game-changing accomplishment for most or all of those who now drop out. 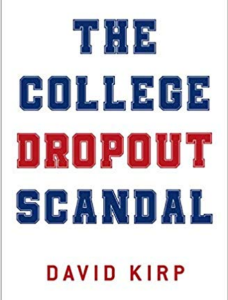 On the other hand, leaving college without a credential isn’t necessarily a tragedy that consigns the student to a low-income life of drudgery. In a recent article, the Martin Center’s Shannon Watkins looked into the belief that community college students who leave school without receiving a credential have wasted their time.

She found that University of Michigan professor Peter Bahr’s research shows that a substantial percentage of community college “dropouts” chose to leave school because they had accomplished the learning they wanted. It makes far more sense for people to go to college to fill their perceived skill and knowledge gaps than to get a credential for completing some formal educational program.

Kirp’s error is in thinking that leaving college is almost always a disaster, while staying in college just to get a degree is necessarily beneficial. His goal of maximizing the number of graduates creates the appearance of national gain in terms of educational attainment.

That gain, however, is largely an illusion: Many of the students will be worse off for having spent too much time and money on unnecessary schooling.

In his zeal to end the “scandal,” Kirp overlooks nearly all of the critics of the “Let’s Get as Many Americans Through College as Possible” movement, such as Charles Murray, Richard Vedder, Jackson Toby, Bryan Caplan, and Alison Wolf.

The only critical book that Kirp does mention is Academically Adrift by Richard Arum and Josipa Roksa—but in a strange way.  Arum and Roksa found that a high percentage of college students make little or no progress intellectually during their years in school. But rather than concluding that many students just aren’t interested in college studies, Kirp blames the schools. That they allow this lack of learning to continue shows, he argues, that they don’t really care about their students.

I can’t agree. Our colleges and universities provide an environment in which any student can learn a great deal if he wants to, but which also allows students with minimal academic preparation and interest to coast along to their credentials.  There are a few schools with such high standards that each student must make steady learning gains or flunk out (Cal Tech, for instance), but the vast majority have decided to make peace with the fact that a high percentage of students entering college do not want a rigorous education.

There is the root of our educational problem. From kindergarten through high school, a high percentage of young Americans develop little love of learning, but instead come to regard school as just something to endure. Most expect good grades for little work. Professor David Labaree nailed the truth in his book How to Succeed in School Without Really Learning when he explained that far too many American students only want educational credentials for the least amount of effort.

The educational theory that students must be kept happy and feeling good about themselves has led to hordes of students who’ve gone through school without learning much.

Montana State English professor Paul Trout made that same point in his essay “Disengaged Students and the Decline of Academic Standards,” writing,

“Of course, there have always been students who hated studying and were bored in class. What has changed is that more and more of them feel that way. Judging from recent works examining this emergent problem, that number has reached some sort of critical mass at the primary, secondary, and now college levels.”

The educational theory that students must be kept happy and feeling good about themselves has led to hordes of students who’ve gone through school without learning much and thinking that every educational level should place a light burden on their time and fun.

Perhaps it’s understandable that a grad school professor at an elite public university would have a naïve view of students who drop out of college. Not having actually had disengaged students, Kirp takes an idealistic view of dropouts—they’re hard-working “strivers” who can accomplish almost anything, provided that their schools make them feel they “belong” and clear away all unnecessary obstacles to their success.

The first story in the book illustrates the way Kirp and his “completion” allies look at students. A black student had enrolled at the University of Texas, a “rock star” kid with an SAT score of 1350 to 1400. The university put him in a summer program before his freshman year so he could get a head start on his engineering degree.

Sadly, he failed his first exam in calculus and immediately afterward his family overreacted by pulling him out of school. What happened? The night before the exam, his girlfriend had broken up with him and he couldn’t concentrate. The UT official who spoke with Kirp blames the university for not letting him know that he could have come to them, explained the situation, and gotten permission to take the test another time.

In that instance, giving the student leniency would have been perfectly sensible. The trouble is that colleges can’t have policies just for serious, “rock star” students. If your announced policy is that you’ll bend over backward for students who encounter any obstacles, the result will be that many of the students who aren’t serious will take advantage. While an occasional “rock star” student might be saved (and we don’t find out what happened to the guy who left UT; he probably went to another school and is doing fine), coddling students will mostly enable slackers to coast along. They’re very good at inventing excuses.

Nevertheless, Kirp does advance some good reform ideas. Colleges do make it needlessly difficult for students to transfer, especially from community colleges to four-year institutions. The traditional curriculum (especially mathematics) is too daunting for many students who will never need (and often haven’t yet mastered) more than arithmetic. “Flipped classrooms” are probably a big improvement over traditional lecture courses. And Kirp writes convincingly about new approaches to intake and transition that have been implemented at schools like Georgia State and the combination of Valencia College (a two-year school) and the University of Central Florida.

Our author is correct that colleges can do much to clear minefields that can prevent students from graduating. Unfortunately, he misses the bigger picture. For most of the dropouts, as well as many of those who manage to get their credentials, the thing they desperately need is the intervention of a mentor who will convince them that, with knowledge, they can become successful, self-reliant people. They need someone like Jaime Escalante.

Escalante was the immigrant math teacher who famously took students from one of the worst schools in Los Angeles and turned them into calculus whizzes. (Here is an excellent story about him, written by Jay Mathews after Escalante died in 2010.) The students Kirp is so rightly concerned about don’t need college credentials, which don’t ensure success (a point Arum and Roksa drive home in their follow-up book Aspiring Adults Adrift), but instead need teachers who will convince them that knowledge is the path to success.

If that breakthrough occurs in college, fine, but it would be better if it happened much earlier. Given the inertia within higher education (particularly the requirement that faculty members must have proper terminal degrees), I doubt that Kirp’s ideas will find much traction there.

Finally, let’s keep in mind that the more graduates we have, the harder it becomes for non-credentialed people to get jobs they could do. America suffers from a terrible case of credential inflation, with employers now demanding that applicants have college degrees to be considered for entry-level jobs that used to be done by people with a high school education, or less.

That’s the real scandal—that we have oversold higher education to the point where the lack of a degree disqualifies “the uneducated” from a wide array of jobs. Pushing the college completion agenda actually makes that worse.