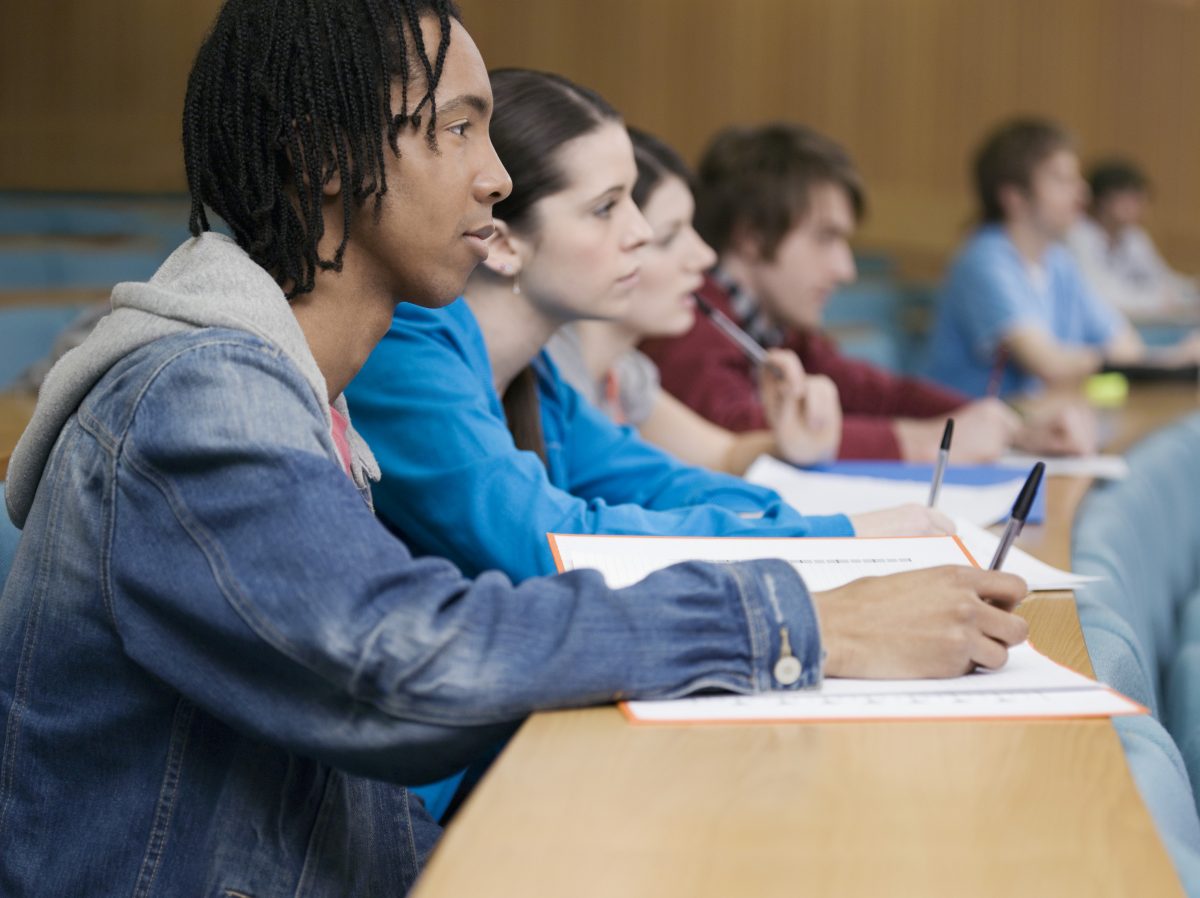 A sense of urgency has taken hold of higher education leaders nationwide. Reports of declining community college graduation rates and the lack of skilled workers have led policymakers and college leaders to sound the alarm and vow to do whatever it takes to lower the high rate of “dropouts” and equip students to meet the labor demands of an evolving economy.

For example, in a policy brief about non-completing students written for myFutureNC (an organization focused on educational attainment), Anita Brown-Graham and Catherine Moga Bryant describe the “high numbers of non-completers in North Carolina” and argue that “while many enroll, too few North Carolina students who attend two- or four-year institutions complete their programs.” According to Brown-Graham and Bryant, the two primary reasons for why students fail to complete a credential in community college are “inadequate preparation and difficulty navigating the higher education system.”

As it turns out, the story is much more complex than many college officials acknowledge.

In their analyses of why students don’t finish their studies, policymakers overlook an important subset of the community college population: students who want to take a few courses, but who don’t intend to earn a credential or transfer. These students, sometimes referred to as “skills builders” or “upskillers,” only take the few specific courses they need to gain new skills for employment or to advance in their careers. Skills builders commonly take courses that train students in specific work-related fields such as information technology or business management.

Instead of solely measuring student success based on credential attainment, Bahr argues that job earnings and employment retention are also valuable measures. A paper he co-authored in 2013 states:

There are also significant metrics of success related to workforce development—like gains in earning and job retention—which can occur outside of the [community college] completion framework. Examining non-completion pathways and better measuring employment outcomes can help colleges develop stronger programs that reflect the diverse goals of their students.

For his research, Bahr conducted a study of over a million California community college students during a six-year period who met the following criteria:

Far from being mere dropouts or a deadweight to society, Bahr found that skills builders in certain fields experienced notable financial gains or “returns” for the college credits they earned.

For example, students who took six college credits in public and protective services increased their annual earnings by $1,952; six credits in engineering and industrial technologies resulted in an annual wage increase of $1,600; for business and management students, $808; and for information technology courses, $524.

“Given that the cost of two three-credit courses in a California community college is a mere $276, these returns are large indeed,” wrote Bahr.

Additionally, Bahr said that some of his previous research indicated that “about one in six students in California’s community college are highly successful non-completers.” That means that, according to Bahr’s findings, nearly 17 percent of the students who might be considered “failures” were found to be “highly successful” in the workforce.

Unfortunately, little is known about the success of non-completers in North Carolina. That’s partly because the community college system primarily uses credential completion as its metric of student performance, which is evident in its 2019 Performance Measures for Student Success report. The report evaluates all 58 of its colleges based on the following seven measures:

Those measures, which were agreed upon by “college leaders, subject-matter experts, and research professionals,” fail to take into account non-completing skills-builder students— despite the fact that the community college system has the ability to analyze some student wage data. In fact, the system already tracks the earnings of career and technical education students which it analyzes in this NC Perkins database. The database seems to be the closest the system has gotten to documenting student performance outside of the credential completion framework.

The NC Perkins data suggest that, in specific fields, there are non-completers in North Carolina who possibly experience an increase in earnings. There are several categories where the percentage of “student placement” in “employment, military service, or apprenticeship program” is higher than the percentage of students who earned credentials. The data are summarized in the following table:

Bill Schneider, the North Carolina Community College system’s associate vice president of research and performance management, told the Martin Center that the system is working to compile additional data about student success and make it publicly available in the coming months—hopefully that will include more precise information about the earnings of non-completers.

In the end, the state of community college success doesn’t seem to be as grim as policymakers paint it to be. As Bahr has shown, students who choose to leave college without a degree or certificate comprise a significant portion of the community college population, and they shouldn’t all be considered “failures.” Doing so creates an inaccurate picture of community college performance, which disadvantages students in two ways.

First, it distracts—or blinds—officials to the real needs of students and how colleges can best serve them. Secondly, it feeds into the completion crisis narrative which contributes to policymakers’ excessive focus on credential attainment. That excessive focus on credential attainment hurts the employment prospects of skills builders who, despite being competent workers, might appear “less qualified” on paper.

Policymakers should discard their narrow—and superficial—view of community colleges’ mission. People attend community colleges for a wide number of reasons: to explore their interests, to figure out whether college is for them, to earn credits toward a four-year degree, to earn a workforce credential, or simply to gain new, specific skills. It’s time that these leaders recognize that only some of those goals fit into the current “must complete” narrative.