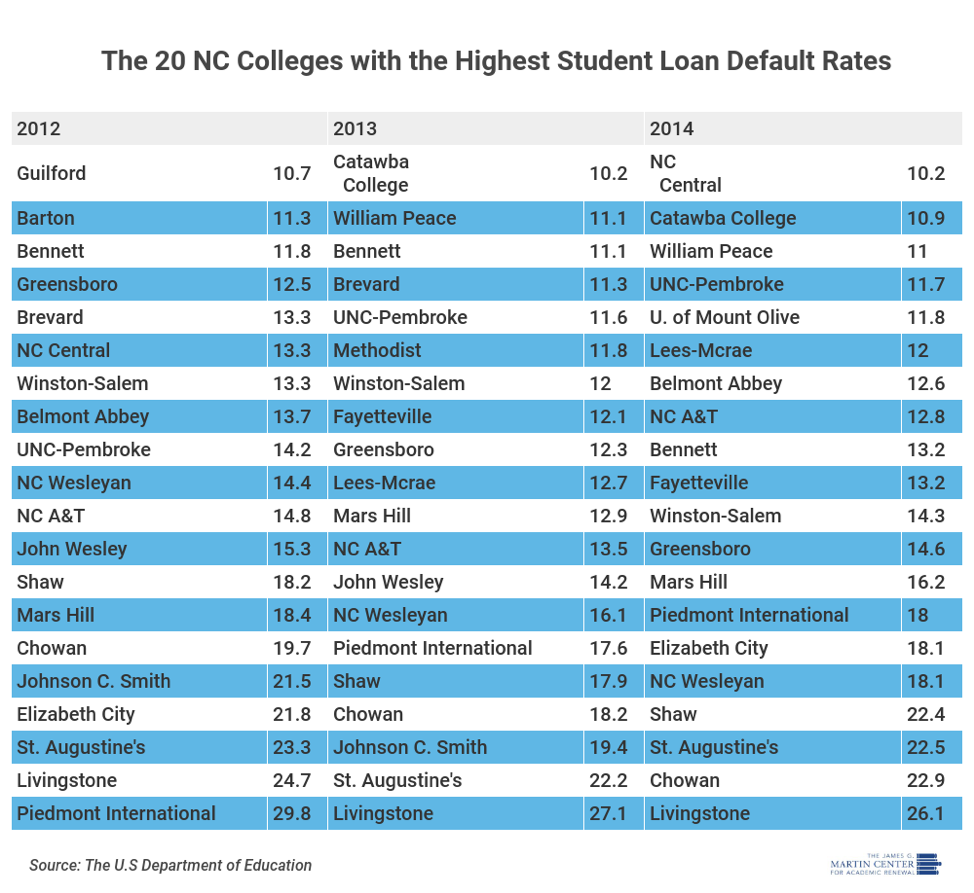 When students take federal loans to pay for college, the government declares them to be in default if a student doesn’t make a payment for 9 months. According to the Department of Education, North Carolina has an 11.6 percent federal student loan default rate.

That rate is slightly higher than the national average of 11.3 percent. Among four-year institutions, the majority of high-default schools in the state are private non-profits, and almost half are historically black colleges and universities.

There are a few reasons why default rates can change so dramatically.  First, a change in tuition can change how much students borrow, which can affect default rates—although surprisingly, borrowers with smaller loans tend to default more frequently. Second, a school can offer more scholarships or grants in a particular year, or enroll more students who qualify for Pell Grants. Third, schools can lower their default rates by improving career services and counseling to ensure that students get good jobs after graduation.

There is still another possible reason for sudden and dramatic changes in student loan default rates.  A 2018 report by the Government Accountability Office found that some colleges in danger of losing federal funding actively pushed students into forbearance, which “allows students to postpone making loan payments on a temporary basis,” even when it may not have been their best option. Entering into forbearance typically requires students to pay even more interest on their loans, but it prevents colleges from reporting defaults and losing funding eligibility. The release of the report caused pushback on the notion of using cohort default rates to judge colleges; whether they are completely accurate measures or not, it is clear that for many students today, enrolling in college is proving to be a costly and risky choice.