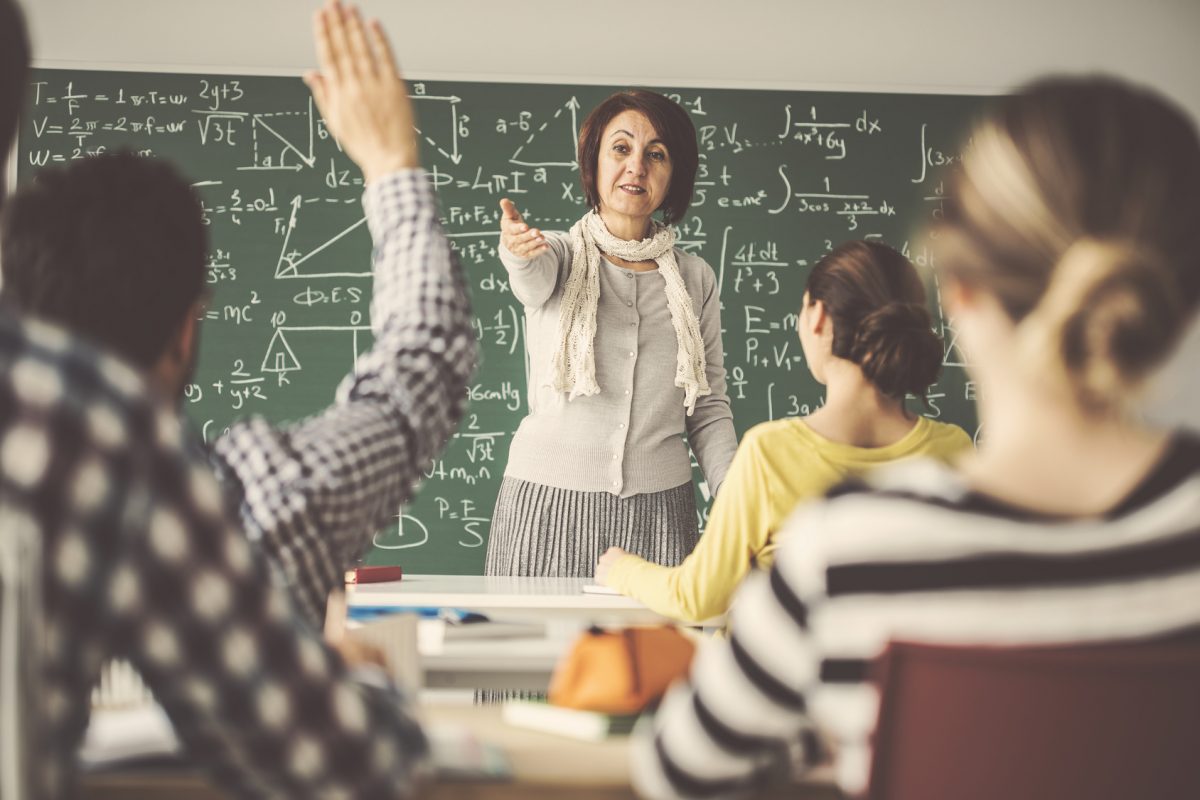 North Carolina schools have a serious literacy problem; most likely, that means it has a teacher education problem. The University of North Carolina system is exploring ways to correct the situation—yet questions remain whether they can effect much improvement.

The 2017 National Assessment of Educational Progress (NAEP) showed that less than 40 percent of the state’s fourth graders are reading at grade level. Furthermore, despite having the highest graduation rate in the state’s history, only 41 percent of graduates meet minimum college-readiness standards.

And despite costly statewide efforts to boost K-12 public school students’ learning outcomes, little, if any, progress has been made. For instance, the $150 million initiative “Read to Achieve” has produced few positive results since its launch in 2012.

Since the UNC system is the single largest source of teachers in the state, some UNC system policymakers view these trends as due, in part, to a failure of teacher preparation. During a recent policy meeting, Anna Nelson, UNC Board of Governors member and chair of the Committee on Educational Planning, Policies, and Programs, commented:

Actually, the university system was already on the case. In February 2018, it released a report on teacher education entitled Leading on Literacy. Although the report sought ways to improve teacher preparation in general, it had a particular focus on improving literacy instruction. It also noted that the content teachers learn often does not match up with what K-12 students are expected to know. To address this and other related issues, the report recommended that an advisory group be created to head a system-wide effort in teacher education reform. As a result, the Educator Preparation Advisory Group was formed and first convened in late 2018.

Kowal then explained that each strategy would be addressed in depth by its own “community of practice,” a committee of education professionals and representatives from select UNC institutions. The first community of practice, the Coalition for Early Learning and Literacy in Teacher Preparation, was launched in March 2019 with the aim of analyzing the latest research in early childhood learning and seeing how well UNC programs incorporate that research into their teaching methods. The Coalition will meet over a course of six months. The Advisory Group plans to launch another community of practice in 2019, with others to follow in 2020.

Terry Stoops, education analyst at the John Locke Foundation, told the Martin Center that he hopes the Advisory Group’s efforts to reform teacher education are successful, but has some doubts as to whether they will lead to significant changes in student learning.

Stoops noted that it is difficult to ensure changes that happen at the UNC system level trickle down into actual K-12 classroom practice. “There’s this multi-layer issue of having to take any recommendations at the UNC system level and making sure that they persist through multiple layers of teacher preparation and practice,” he said.

But the opposite problem might also be true. Current trends in educational outcomes are almost assuredly due, in part, to programs created from prior research produced by schools of education. Looking toward more recent research by the same sources that caused the situation in the first place may mean a continuation of the problem, rather than a cure.

Two of the Advisory Group’s key proposed solutions are to “recruit, select, and support a highly-qualified pool of teacher candidates” and ensure that, once admitted, they “attain essential pedagogical content knowledge.”

But doing so will not be easy. For the first solution, if UNC schools only admit high-achieving students into teacher education programs, they will have far fewer students and not produce enough teachers to satisfy the state’s demand.

So far, UNC officials have only paid lip service to setting high standards. They’ve done so by stating that they will evaluate “candidates’ mean scores on college entrance exams” and “pass rates on pre-professional skills tests.” However, they have not yet defined what test scores students will need in order to be considered “highly qualified.”

As they discuss what the minimum standards should be, UNC officials should take into account recommendations made by the National Council on Teacher Quality (NCTQ).

The NCTQ recommends that North Carolina’s teacher education programs require a minimum GPA of 3.0 or limit admission to “those who have scored in the top half of all college-going students on tests of academic proficiency.” Right now, none of UNC’s schools of education require a 3.0 GPA, and the required testing scores often are not specified.

As important as high admissions standards for teachers are, even more pressing is what they learn once admitted. It might seem obvious that, in order to really be effective, teachers need to have a solid basic understanding of American history, literature, science, and mathematics.

But, according to E.D. Hirsch, Jr., the founder and chairman of the Core Knowledge Foundation and professor emeritus of education and humanities at the University of Virginia, many schools of education do a poor job of teaching those subjects. “It is true that many American teachers are ill-informed about the subjects they teach, and it is also true that this reduces their productivity in the classroom,” says Hirsch. He explains:

So-called low teacher quality is not an innate characteristic of American teachers; it is the consequence of the training they have received and of the vague, incoherent curricula they are given to teach, both of which result from an ed school de-emphasis on specific, cumulative content.

Hirsch has long written on how the lack of cultural knowledge passed on by teachers to students hurts low-income students more than their more affluent peers. Higher learning often builds upon a student’s base of cultural knowledge, and students with well-educated parents start with a much greater share than their less-fortunate peers. If low-income students don’t gain the requisite background knowledge in the classroom, they are quickly left behind.

According to Hirsch, many education schools are more preoccupied with instilling teachers with “naturalistic and formalist ideologies” than instructing them in concrete knowledge:

Teaching subject-matter knowledge in history, science, literature, and the arts (to the extent that it is considered to be needed at all) is an imprecisely defined task that education schools assign (without guidance) to the other departments of the college or university.

As a result, teachers have a weak handle on key subject matter. This knowledge deficit, according to Hirsch, impacts their students’ abilities to master reading comprehension. In his book Cultural Literacy, Hirsch argues that knowledge of specific and cumulative content— such as history or literature— is directly tied to “literacy itself.”

Given North Carolina’s dismal fourth-grade literacy levels—and the direct correlation between student literacy and the content knowledge they learn—it’s not surprising that UNC system teachers are themselves poorly educated in content knowledge. In its 2018 Teacher Prep Review, the NCTQ graded education programs according to how they measured up to their content knowledge standards. Based on NCTQ’s criteria, the following UNC system schools’ undergraduate elementary teacher programs received an “F” grade in how they teach content knowledge:

And the following schools received a “D” grade:

That means, according to NCTQ, 10 of 12 schools of education in the UNC system that teach elementary education at the undergraduate level are extremely deficient. Clearly, UNC officials need to take a close look at their education programs’ curricular requirements.

There is some possibility that they will do so. According to a UNC system press release, the Advisory Group will consult research by a national education non-profit organization, Deans for Impact, when making its policy decisions. In the report entitled The Science of Early Learning, Deans for Impact noted the importance of content knowledge:

Children should read texts that are rich in content, not just about familiar, daily life contexts. Even young children benefit from learning about science, history, geography, and other cultures, and from reading classic stories that may be referenced in other works…reading comprehension strategies alone cannot compensate for lack of vocabulary or content knowledge.

Of course, children won’t be able to learn “rich content” unless their teachers are immersed in it first—which is why UNC’s policymakers, if they are serious about the state’s illiteracy epidemic, will have to address their own teachers’ deficits in knowledge. That will likely require a thorough revamping of the curriculum to ensure that teachers graduate with a deep understanding of the liberal arts.

Only time will tell whether UNC’s efforts will only result in bureaucratic platitudes or if those involved in the reform process will actually implement meaningful changes. The political fight to effect change may very well be more difficult than the pedagogical one; education schools used to acting independently may not be eager to take lots of direction from above. And, even if the education schools can change, the K-12 establishment may not be happy about UNC taking the lead on its own turf. Resistance is to be expected.