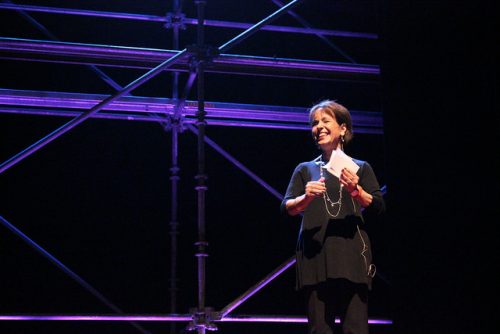 Carol Folt’s tenure as chancellor of the University of North Carolina at Chapel Hill came to an abrupt end last week, thanks to her failure to grasp political realities and her defiant support of the school’s radical social justice crowd. She challenged the system’s governing body, the Board of Governors, by having the pedestal of the Civil War memorial known as “Silent Sam” removed. In response, the Governors gave her a couple of weeks to clean out her desk instead of letting her finish the spring semester as she intended.

It should hardly surprise anybody that Folt ran afoul of the university system’s ultimate authority to promote the social justice agenda. After all, she has always sided with the radical diversity agenda against more prudent interests; there is ample evidence from her days as provost and interim president at Dartmouth College as well as her time at UNC.

Once the Confederate statue known as Silent Sam was pulled down by a howling mob of protesters in August 2018, Folt’s end was inevitable. It was obvious that the mob’s action had official imprimatur, with police from the campus and the city of Chapel Hill “standing down” while the bolts connecting the statue to its pedestal were removed, the ropes were attached, and the statue was yanked to the ground. Emails showed that Chapel Hill’s police indeed had orders to turn away from the protest once the actual vandalism commenced.

One question that remains is with whom the decision to stand down originated. Standard procedure is for the city police to follow the lead of the university police during campus incidents. And, in a matter of such national importance as the violent destruction of a highly visible monument by a mob of hundreds, the decision is generally made at a higher level than just the campus police. While we the public may never know the precise details of Folt’s involvement, we know she closely followed the event blow-by-blow through text messages. She was in charge of the campus and she knew what was happening in real time, so the buck stops at her desk.

With the foolish decision to yield to the mob, Folt was as good as gone. Perhaps she thought that, if the statue were pulled down outside of her visible control, the problem would just go away by itself. Instead, the situation’s volatility increased: Folt had placed herself in the middle of a highly charged tug-of-war between the campus and the rest of the state, with no possible solution that could please both sides. There were those who wanted the statue off the campus and those who wanted it restored, with no common ground between them. Her suggestion in December that the school erect a $5.3 million building to house Silent Sam (with annual operations of $800,000) was derided by all factions and officially shot down by the Board of Governors.

Having completely fumbled her earlier handling of the statue protests, she doubled down with her more recent order to remove Silent Sam’s pedestal and plaque—without the Board’s knowledge or approval.

That audacious act was both within character and predictable. Back at Dartmouth, Folt deliberately stoked a controversy that began with a small group of gender radicals taking over the stage at an orientation program for admitted high school seniors. The radicals, who called themselves “Real-Talk Dartmouth,” shouted, “Dartmouth has a problem” and presented a scenario of the campus as an ominous sexual battleground filled with violence and intimidation to the stunned future freshmen.

Which, of course, was silly; Dartmouth is far safer than most places on earth, and the protesters represented just about nobody else on campus. But instead of regarding the incident as a teachable moment about civil discourse and handing the protesters a minor punishment for interrupting a campus event, Folt poured gasoline on the fire, turning it into a raging altercation. She gave an inflammatory speech in support of Real-Talk Dartmouth, in which she condemned campus society as repressive beyond the pale. (Without irony, or perhaps, without a clue, she said her talk was about “opening the door to civil debate.”) A week after the orientation session was disrupted, she shut down classes for a “campus wide ‘diversity and inclusion’ training day” to further the protesters’ cause.

Folt’s complicity with the radical agenda did not stop once she came to Chapel Hill. She supported a task force on sexual assault convened by Holden Thorp, her predecessor. She turned the task force’s findings into school policy, even though the new rules eliminated the due process right of the accused to face his or her accuser, and introduced the absurd “affirmative consent” standard (in which each step in the act of seduction requires verbal agreement). Folt also hired additional Title IX investigators to pursue complaints of sexual discrimination, harassment, and assault.

Much of the focus on sexual violence at Chapel Hill at that time was driven by a pair of activists, Annie Hall and Andrea Pino, both former UNC students who claimed to be victims of campus rape. Neither woman reported her assault to police, so timely investigations using modern techniques were never conducted to ascertain or disprove their claims. Pino’s tale, in particular, seems dubious and started breaking down once it was placed under the national microscope. Brooklyn College history professor K.C. Johnson and National Journal contributing editor Stuart Taylor, who had previously debunked the Duke lacrosse hoax, wrote in a new book on campus rape that “Pino’s credibility has continued to unravel.”

Yet Folt consistently supported Hall and Pino. She appeared in campus forums with them and, in 2014, when the new sexual assault policy was announced, praised them effusively:

The students from UNC and others who have been advocates and activists have actually had a very important role in moving this conversation forward … So I give them full credit for it. I look at them as trying to contribute in extremely productive ways at an issue that is of great impact for all of us.

In 2015, at the height of the Black Lives Matters protests, Folt initiated a campus “Town Hall on Race and Inclusion,” with liberal syndicated columnist Clarence Page as the moderator. As the event got underway, a chanting mob of 40 student protesters bursts into the auditorium, holding signs saying such things as “F— Whiteness.” They took over the stage and berated the audience, then read a list of 40 demands, most of them ridiculously impractical. The group’s spokesman concluded with the threat that “Gone are the days where we ask for what is past due to us: we are here to take what is ours. Tear it down, or we shut you down.”

Folt stood meekly on the side of the stage while the protesters raged, even though campus security stood ready at her command to restore order. (One wonders whether the protest was a staged event, with Folt knowing ahead of time that the event would be disrupted?) In her closing remarks, she expressed what appeared to be support for the protesters (and the more aggressive audience participants). “We couldn’t have heard more strongly that we need training,” she said, most likely referring to “racial equity training,” which one participant suggested should be mandatory for university employees.

When the Silent Sam controversy arose in 2017, Folt made numerous comments indicating that she was on the side of the protesters and wanted the statue removed. In September of that year, she said that “I do believe that as long as Silent Sam is in its current location, it runs the risk of continuing to drain energy and goodwill that we worked so hard to maintain on our campus, and truly does distract us from reaching the important goals we all share.”

A couple of months later, Folt sent a message around campus saying that the school would move the statue for safety reasons “if we had the ability,” but stating that they were prevented by state law from doing so.

So, with such a track record, her impetuous removal of the pedestal was to be expected. She gave the Board no choice but to demand that she leave campus by the end of January instead of sticking around until May. Who knows what mischief she could have done to the school in her final semester, with no worries about salary raises or continued employment to temper her sympathies for radical politics.

The Carol Folt saga should herald a new era in Chapel Hill.

The Carol Folt saga should herald a new era in Chapel Hill. The days when the powers-that-be could appoint a standard left-wing academic like Folt to head a major public university and expect everything to run smoothly are over. On today’s campus, friction is to be anticipated; strong leadership is needed to keep the discourse civil. Also necessary is an open mind to listen to all sides and common sense for making fair, rational judgments. Ivy League elitists steeped in the left-wing academic tradition, such as Folt (Dartmouth), Duke’s Dick Brodhead (Yale), and Brodhead’s successor Vincent Price (Penn), no longer fit the position.

For reality is dictating change. Much of the country is catching onto the seriousness of the cultural transformation being conducted on college campuses. Whatever one’s feelings about Silent Sam the statue as a symbol of racial division, there is the deeper question of Silent Sam the cultural metaphor. His demolition represented not just the physical act of pulling down a particular artwork, but the symbolic act of tearing down the rule of law and due process, tearing down respect for our own history and culture, and tearing down our spiritual contract with both past and future generations. Silent Sam, like him or not, now represents a free, orderly, stable society; the mob represents, not justice, but chaos or tyranny.

It’s time to get UNC leadership that shows respect for all the people, not just for the angry, noisy ones who want to tear everything down. The choice of Carol Folt for UNC-Chapel Hill was an all-too-predictable mistake. Campus controversies will be unavoidable in the near future; it’s time to select leadership who can handle them on a higher plane than yielding to the mob.

We Need to Talk About Bruce