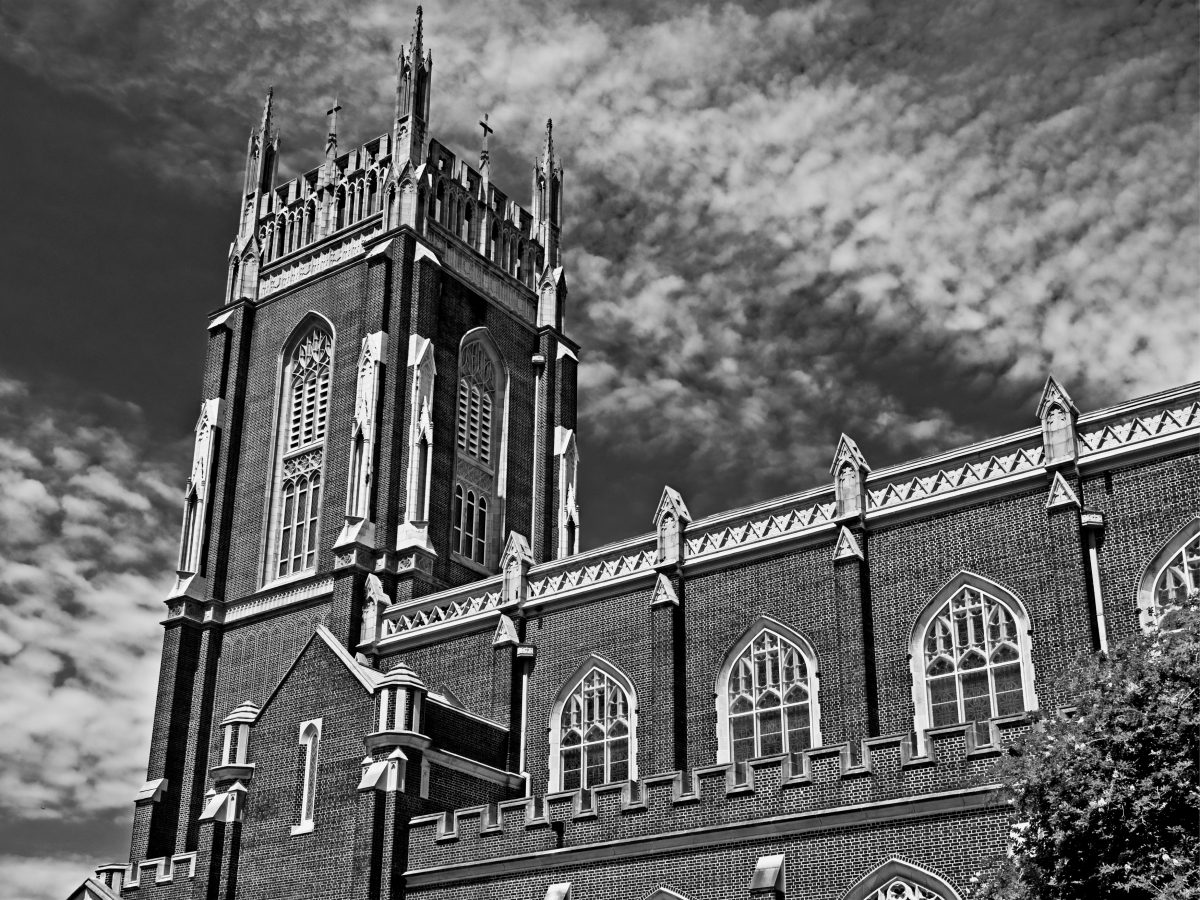 An African-American pro-life speaker recently spoke at a Midwestern college and several members of the school’s student government declared the speaker “had made many students, staff, and faculty of color feel unheard, underrepresented, and unsafe on our campus.” On America’s politicized campuses, that hardly is news.

However, these were not students at some notoriously leftist school like Oberlin; they were students at Wheaton College in Illinois, a well-known Christian college. Wheaton was the alma mater of the late evangelist Billy Graham along with three missionaries famously martyred in Ecuador in 1956. But today, a pro-life viewpoint that supposedly is common at Christian colleges now is considered “controversial.”

Wheaton’s turmoil is a microcosm for Christian colleges in the United States, which until recently have enjoyed protected status in higher education. For more than a century, Christian colleges have operated in a parallel universe to their secular counterparts. Some, like Wheaton, are non-denominational while others, such as Covenant College in Northwest Georgia, are tied to a denomination (in Covenant’s case, the theologically-conservative Presbyterian Church in America).

Christian colleges in the past have operated with minimal government oversight. Most are accredited by the same regional accreditation associations that also grant academic recognition to secular private and public colleges and universities, and generally have good reputations for their undergraduate academics.

Christian colleges also have rules governing student conduct in many areas, including consumption of alcohol, sexual behavior, and even for social dancing. Sex outside marriage is strictly forbidden at many Christian institutions, along with homosexual conduct, with colleges justifying their regulations from the Bible, which prohibits homosexual and extramarital sex, and drunkenness.

This parallel universe existed in relative peace until the U.S. Supreme Court handed down its 2015 Obergefell decision on gay marriage, along with the Obama administration’s resolution to vastly expand Title IX oversight over higher education. In the aftermath of a legal revolution on same-sex relationships and transgenderism, Christian colleges stand on shaky legal ground—and the issues only will intensify.

A major problem for Christian colleges is the growing hostility of Democrats toward evangelical Christians and practicing Catholics. In 2017, Senator Dianne Feinstein attacked the Catholic faith of Trump judicial nominee Amy Coney Barrett, declaring: “the dogma lives loudly within you, and that’s of concern when you come to big issues that large numbers of people have fought for years in this country.” Senators Bernie Sanders and Chris Van Hollen attacked the evangelical faith of another Trump nominee, Russell Vought, so vociferously that Emma Green of The Atlantic said it was a violation of the Constitution’s prohibition on religious tests.

Michael Wear, an evangelical who headed President Barack Obama’s faith outreach program, said in an interview with The Atlantic:

Christian colleges also must contend with changing attitudes of their students about the Sexual Revolution. Rod Dreher wrote in The American Conservative that the Social Justice Warrior mentality among students at Christian colleges has become militant. He writes:

One professor told me that he and his colleagues are afraid that even addressing homosexuality, transgenderism, or gender ideology in a theoretical way, as part of classroom discussion, is impossible to do unless they are emphatically supportive of it. Simply to apply ordinary critical thinking to the LGBT phenomenon, in the same way they would critically examine religion or any other topic, risks offending a student, and in turn, in this climate, could cost the professor his or her job.

Leftist students notwithstanding, the biggest problems Christian colleges will be facing come from zealous federal and state officials that believe religious arguments against homosexuality and transgenderism are just a veneer of bigotry. For example, during oral arguments in the Obergefell case, a Supreme Court justice asked then-U.S. solicitor general Donald Verrilli if religious institutions like churches and Christian colleges could lose their tax-exempt status if they failed to recognize same-sex marriage. Verrilli replied: “I don’t deny that; it is going to be an issue.”

One issue is the exemptions that some Christian institutions have obtained that permits them to “violate” Title IX protections for gay and transgender students by prohibiting same-sex relationships on campus and not admitting students that openly claim to be transgender. Within a year after Obergefell, a Democratic legislator in California introduced a bill that would require Christian colleges in California to drop the exemption or lose state funding in the form of student grants. While this bill did not pass, it was a shot at these institutions and one can assume these exemptions will be challenged and probably eliminated by a future Democratic administration.

As the Democratic Party becomes increasingly secular and as non-religious Democrats begin to dominate the direction the party will take, Christian colleges holding to what they call Biblical principles of sexual morality will become increasingly isolated, and not just secular groups are voicing their opposition. In the past, religious organizations, both liberal and conservative, worked together on First Amendment issues. That is no longer true.

In 1983, the former United Presbyterian Church filed a friend-of-the-court brief in favor of Bob Jones University when the U.S. government took away its tax-exempt status because the university at that time prohibited interracial dating and marriage. The Presbyterian leadership, while decrying the university’s racial policies, nonetheless held that the government was setting a dangerous precedent by dictating religious policies of a Christian college.

Such principled views, however, no longer hold with religious groups that have embraced “progressive” views on same-sex relationships and transgenderism. Instead, many religious liberals now believe the failure to support homosexual and transgender causes comes from outright bigotry, not from principled religious belief, and believe that the law no longer should protect institutions that hold to standards of Biblical morality.

Should a future administration or Congress act on the current anti-Christian rhetoric coming from Washington, one can expect that the federal government will refuse to give grants or loans to students at Christian colleges that do not approve of abortion on demand, homosexual behavior, or transgenderism. Given that many Christian colleges almost are as costly as their secular counterparts (a year of undergraduate studies at Wheaton costs about $50,000), removal of federal funding, tax-exempt status, and accreditation would effectively shutter them.

In the past, using federal policy as a weapon to shut down Christian colleges would have been unthinkable. Given the hostility of many Democrats to Christianity and the party’s commitment to gay and transgender rights, action against these colleges seems almost inevitable. While Christian colleges like Wheaton and Calvin now have modified their rules to admit and support gay and transgender students, others are not giving in, especially institutions that are tied to conservative denominations.

Verrilli was correct—the federal government will make an issue of a Christian institution’s failure to fully embrace the sexual revolution. Just how far the government will go is an open question, but it is safe to say that within a decade, a number of Christian colleges likely will not survive the coming political onslaught.

William L. Anderson is a professor of economics at Frostburg State University in Maryland.

The Sea Changes at the NCAA

The Coming Crises for Christian Colleges