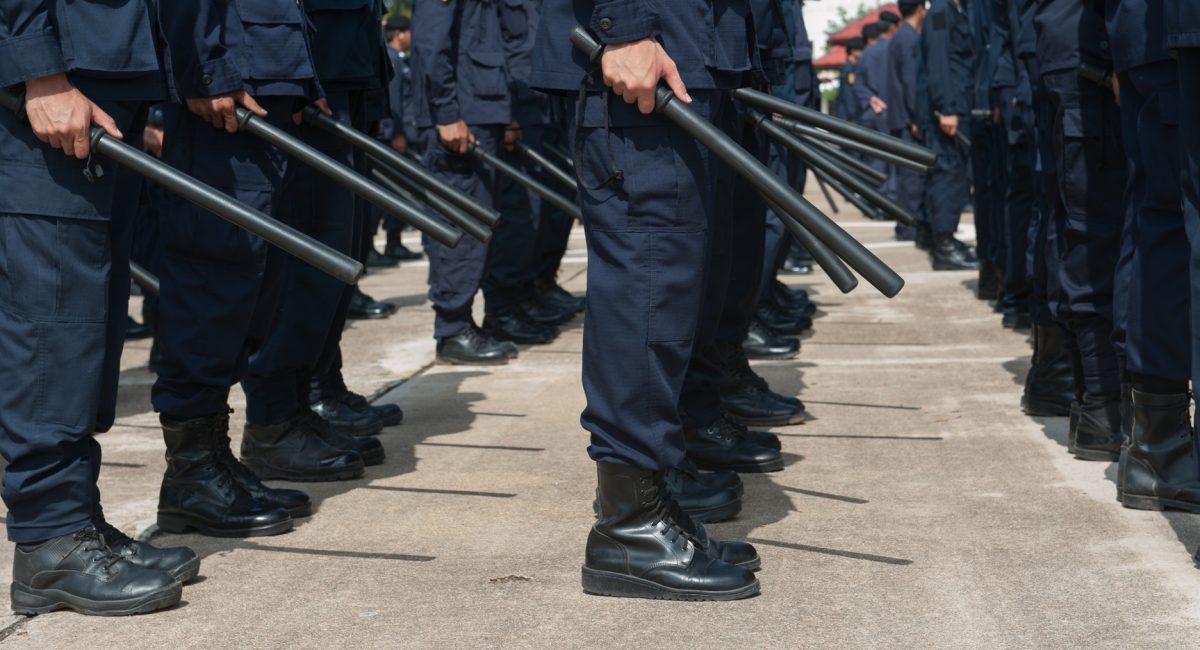 In a recent essay published in The Chronicle of Higher Education, Yale philosophy professor Jason Stanley is haunted by a spectre—the spectre of American universities aiding the rise of fascism. (The essay, “Fascism and the University” is subscriber-only content, unfortunately.) He says that “patterns have emerged that suggest the resurgence of fascist politics globally” and lists the United States as among the countries where he sees that occurring. Moreover, he argues that our higher education system could become complicit in the advance of fascism.

What does Stanley mean by “fascism?” He defines it as “any ultranationalism—ethnic, religious, or cultural—in which the nation is represented by an authoritarian leader who claims to speak for the people.” He fears fascist politics pave the way for nationalists to achieve power and regards them as dangerous even if they don’t lead to an explicitly fascist state.

Focusing on higher education, Stanley says that it has “historically been a bulwark against authoritarianism” but worries that “this time” (meaning the U.S. under Trump), it will instead be “its pawn.” That sounds like a troubling prospect. Ultranationalist fascism creates an overpowering, omnipotent state that serves the interests of a few at the expense of the rest of society; it leads to oppression and conflict.

Before going any further, we at the Martin Center oppose authoritarianism in all its forms. We do not want to see right-wing ultranationalism triumph; nor do we want to see left-wing internationalism (Marxism) triumph. Nor do we want the authoritarianism of the administrative state that Alexis de Tocqueville warned about in Democracy in America. Stanley’s feared fascism is just one of an array of threats to freedom and civil society we face.

Surveying the nation and its higher education system, which of those threats are serious?

In our colleges and universities, virtually no one advocates nationalistic fascism. Stanley declares, “In fascist ideology, only one viewpoint is legitimate. Colleges are meant to introduce students to the dominant culture and its mythic past.” Indeed, that’s how education was used in Hitler’s Germany, Mussolini’s Italy, and Imperial Japan. Happily, however, there is no support in our educational system for authoritarian nationalism. It is completely discredited, and properly so.

On the other hand, throughout our higher education system, you find numerous courses where other authoritarian ideas are voiced. Marxism is well-represented, with many professors advocating statist solutions to economic and social problems that erode personal liberty, property rights, and the rule of law. (Read about several who lauded Hugo Chavez for “giving hope” to the people of Venezuela here.)

Advocacy of government economic and social control short of full-fledged Marxism is much more common. A great many “progressive” academics tell students that the concepts of limited government, private property, and economic liberty are outmoded, and that government must constantly increase its sphere of power. Many students are taught to embrace “progressivism,” which is responsible for the empowerment of government and erosion of liberty on a wide front. Rarely do they hear that government power is prone to abuse by dominant groups and causes new socio-economic problems.

Finally, numerous professors teach what Heather Mac Donald calls “the diversity delusion.” They are fixated on the divisive and entirely negative set of ideas grounded in group victimhood; their students are taught that the way for them to advance is through governmental favors for some groups and punishments for others. Where fascism teaches adoration of a mythic past, the diversity delusion teaches that our past was one of unremitting horror and its institutions must be torn down.

Those three strands of thought (Marxism, progressivism, and diversity) have led to the kudzu-like spread of authoritarian beliefs in America. Stanley, however, is only concerned about the sort of authoritarianism he dislikes—right-wing nationalism. He swallows the camel but strains at the gnat.

Fascism gets no traction in American higher education, but Stanley argues that dark forces are working to change that.

Stanley writes that “fascist politics undermine the credibility of institutions that harbor independent voices of dissent.” But are the “voices of dissent” that Stanley likes in any danger on our campuses? All he can claim is, “Critics of social justice movements have found an effective means of turning themselves into the victims of protest. They contend that protesters mean to deny them their own free speech.”

In truth, some critics of social justice have been denied their free speech. The vicious attack on Charles Murray, for example, actually happened. More to the point, however, occasional complaints that leftists are denying free speech to their opponents do nothing to keep leftists from advancing their ideas. Marxists, progressives, and diversity advocates remain perfectly free to push their beliefs.

Another bit of evidence Stanley presents is the criticism David Horowitz has leveled against politicized professors. In 2006, he published a book listing the 101 most dangerous professors in America from his perspective. Stanley finds that worrisome, but what impact did that book have? Were any of those professors fired? No. At most, a few students decided to avoid them. That’s free speech at work, not authoritarianism. Stanley is also upset over the fact that conservative politicians sometimes attack aspects of our higher education system. He points out that a state representative in Missouri proposed an end to tenure at the state’s public universities in 2017. Sounds bad, but did his bill become law? No. It was never any threat to academic freedom.

Similarly, he brings up the criticism former North Carolina governor Pat McCrory made against courses that appeared to him to have little practical benefit, such as gender studies. McCrory made that criticism, but nothing came of it. No courses were axed. Again, Stanley makes much ado about nothing.

At this point, Stanley launches a nasty assault against the Martin Center, trying to link us to a dark, fascistic plot to take over higher education.

He writes that McCrory

Was backed up by what was then the John William Pope Center for Higher Education Policy, run and funded by Art Pope, a powerful and wealthy Republican donor. The Pope center has successfully urged the University of North Carolina to raise its tuition…At the same time it denigrates subjects that would enable a greater understanding of human cultural diversity, the Pope center (now know as the James G. Martin Center for Academic Renewal) also urges the teaching of a “great books” curriculum, which emphasizes the cultural achievements of white Europeans. The priorities here make sense when one realizes that in antidemocratic systems, the function of education is to produce obedient citizens structurally obliged to enter the work force without bargaining power and ideologically trained to think that the dominant group represent history’s greatest civilizational forces.

Stanley wants readers to come away believing that the Martin Center is in league with the forces of nationalistic white supremacists. That’s utter nonsense.

First of all, the Center has always opposed the politicization of the curriculum and did not back up McCrory’s idea that some courses should be dropped. While we have argued that many courses are of scant intellectual value (such as gender studies), we don’t want the government deciding what courses must or must not be offered.

Now, as for the benefits of a “great books” curriculum, we have said that it’s a fine approach to liberal education but have never said that it is the only approach, or that it should be mandated.

Worse, Stanley’s insinuation that if you favor teaching “great books” it’s because you want to use education to prop up white supremacy and the interests of big business is just a smear. It’s false to claim that teaching “great books” is a means of shoring up the white power structure. Many non-white thinkers and activists have found inspiration in those works. Black activist W.E.B. DuBois, for example, wrote in his The Souls of Black Folks, “I sit with Shakespeare and he winces not. Across the color line I move arm and arm with Balzac and Dumas. I summon Aristotle and Aurelius and what soul I will, and they come graciously with no scorn or condescension.”

Linking the Martin Center to fascism because we think that “great books” courses are good and identity studies courses are a waste of time is ludicrous.

Responding to Stanley’s essay in a letter published by The Chronicle, Martin Center president Jenna A. Robinson explained, “We do not want, as Stanley suggests, to substitute one campus orthodoxy for another. Instead, we want the university to return to its original mission—the pursuit of truth.”

I agree with Stanley that we need a bulwark against authoritarianism. We need one that protects against all strands of authoritarianism, not just the nationalistic variety. Such a bulwark requires belief in limited government, individual liberty, and the rule of law—in short, the philosophy of classical liberalism the Martin Center espouses. Unfortunately, many of Stanley’s intellectual allies keep tearing away at what’s left of that bulwark.