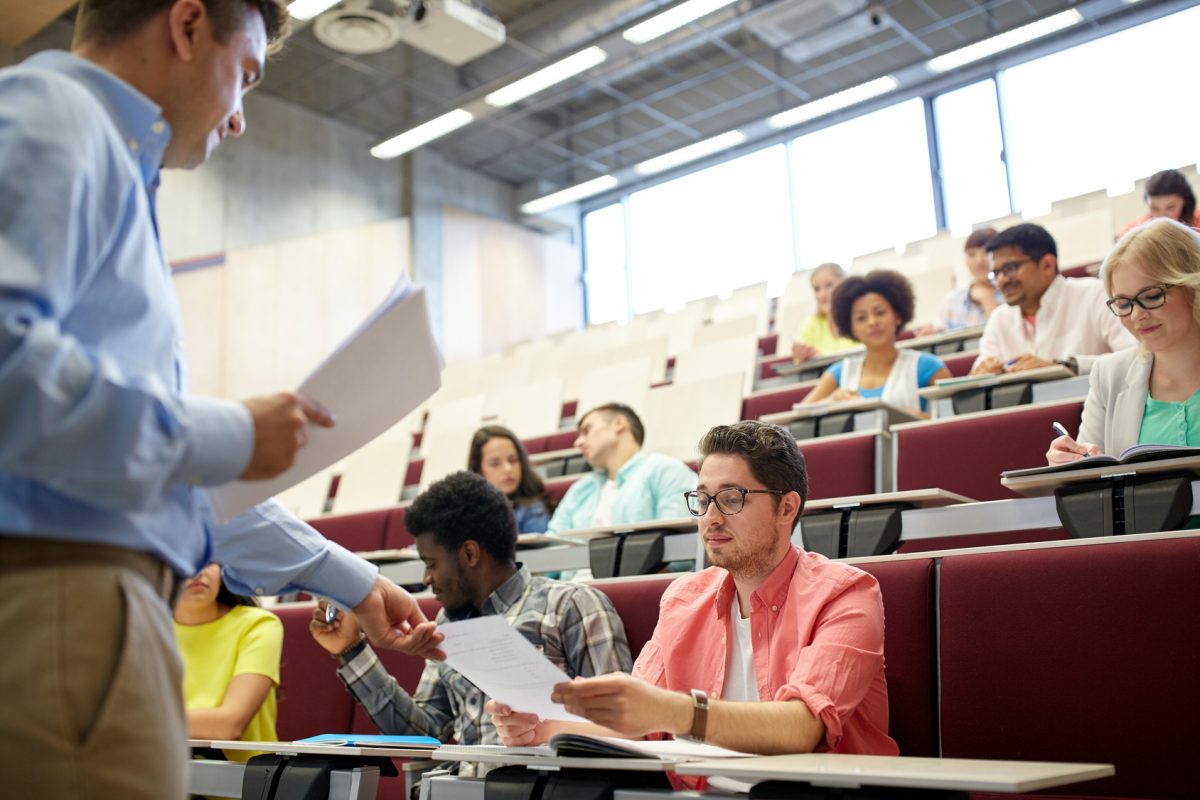 Using Advanced Placement (AP) courses to fulfill college requirements has long helped college students save both time and money. But there are varying opinions about the value of AP courses and exams, with some arguing that they do not match the rigor of introductory college courses they replace.

This disagreement sometimes leads to inconsistency in policies regarding whether AP test scores can be substituted for actual college courses.

According to University of North Carolina system policy advisor Andrew Kelly, millions of student and taxpayer dollars go to waste each year due to inconsistent policies regarding the scores required for AP exams to count for college credit. North Carolina is one of a handful of states that fully funds the costs of AP for all public school students (the fee for each AP exam is $94). Consequently, the state spends over $12 million per year paying students’ expenses for taking AP exams.

Last month, Kelly spoke at a meeting of the Board of Governors’ Committee on Strategic Initiatives about the need for a coherent AP credit acceptance policy throughout the UNC system.

According to research from the College Board (the creators of the AP exams), AP exam scores (graded on a 1 to 5 scale) have the following college grade scale equivalency:

While many colleges accept AP scores of 3 and above, a handful of UNC schools only accept scores of 4 or 5—particularly for AP courses such as English literature and composition, and United States history. Kelly noted in his presentation that, for the 2016-2017 academic year, incoming UNC system students did not receive credit for 13,950 courses “for which they earned a 3 or above on the AP exam.”

Nonetheless, some committee members objected to the notion of creating a uniform AP acceptance policy, since institutions throughout the UNC system already have varying admission standards. The UNC institutions that do not accept a score of 3 for various exams include UNC-Chapel Hill, UNC-Charlotte, North Carolina State University, and Appalachian State University. One board member, Anna Nelson, said at an April 20th meeting:

I’m not convinced on why this decision [the AP acceptance policy] isn’t best determined by the academic leaders on each campus. We don’t have consistency across our admissions standards; there’s wide variation, and for good reason. Sometimes variation speaks to the uniqueness of each institution.

At a later meeting on May 23rd, Nelson added that she wanted to “make sure that [the board was] not pushing for lower standards,” to which Kelly responded: “This committee is about student success, and you don’t do anyone any favors by casting people into the next class and having them failing.” He emphasized that there is evidence that students who earn a 3 on an AP exam do just as well (or sometimes, better) as non-AP students who take the corresponding class at the college level.

Kelly’s argument is corroborated by a 2016 College Board study entitled “Advanced Placement Validity Research at Four University System of Georgia Institutions.” According to the study:

Of course, the College Board has a great deal of self-interest in promoting the AP exams, which they produce. But a 2016 Ohio Department of Higher Education study affirmed the College Board’s claims. It evaluated the differences in GPA scores, course completion rates, retention rates, and graduation rates between students who used AP credit and students who took introductory college classes. The Ohio study found the differences to be negligible, concluding:

Students receive equivalent learning outcomes with scores of 3, 4, or 5 in an AP test or by completing the corresponding course in a 4-year university main campus.

Given the empirical evidence of the Ohio study, the objection that the policy proposal will “lower academic standards” seems to be on shaky ground. Nonetheless, the proposal to impose uniform, statewide standards for AP credit acceptance may experience pushback.

For example, UNC-Chapel Hill is in the process of revising its general education curriculum—which could result in students not being allowed to use AP credit at all to fulfill their general education requirements. The most recent draft reads:

Some might also argue that the introductory courses offered at the university hold a special educational value that AP courses cannot replace. But when one looks at the actual course content of the AP courses and the courses that they could replace, the argument for AP credits becomes even stronger. For most AP courses focus on the core knowledge that one would expect from a general education course. But UNC-Chapel Hill’s general education curriculum permits students to bypass essential knowledge for esoteric frills. For example, students can now satisfy their general education history requirement by enrolling in courses such as ANTHRO 151: Anthropological Perspectives on Food and Culture and HIST 557: Bandits, Rebels, and Storytellers: Fiction and History in India.

Indeed, at a time in higher education where students can earn a college degree without having taken a course in American history or having studied Shakespeare in an English 101 course, opening the doors to more AP credit scores could not only save students time and money from taking a similar course twice, but it could also provide students knowledge that they may not otherwise receive.

Finally, some might object that the AP policy would unfairly disadvantage low-income and rural students who may not have access to AP courses. But there is an initiative underway that should put those worries to rest. Recently, the North Carolina School of Mathematics and Science partnered with Gaining Early Awareness and Readiness for Undergraduate Programs North Carolina (GEAR UP NC), a federally funded program seeking to provide students with “greater access to Advanced Placement offerings, with an emphasis on computer science and technology themes.” If Kelly’s proposal moves forward as planned, then that, in conjunction with GEAR UP, could tremendously increase college accessibility for rural and low-income students.

Kelly’s plan has considerable support among members of the Board of Governors already, and they have the final say. For instance, Alex Mitchell, a member of the UNC Board of Governors and Chair of the Committee on Strategic Initiatives, is strongly in favor of a unified AP acceptance policy. In a May 23rd committee meeting, he said that the AP exam was “the ultimate objective test.” He also told the Martin Center that, given the state’s financial investment in AP, he thought UNC-Chapel Hill’s general education committee “would be very hard pressed” if they decided not to allow AP credit to fulfill general education requirements.

When it comes to higher education, policymakers’ first goal should be to uphold the academic integrity and standards of the institutions they oversee. However, with that first goal being met, policymakers should then be on the lookout for ways to make a college education more affordable and efficient. If Kelly’s AP credit proposal is adopted, the UNC system might strike gold on both of those fronts.