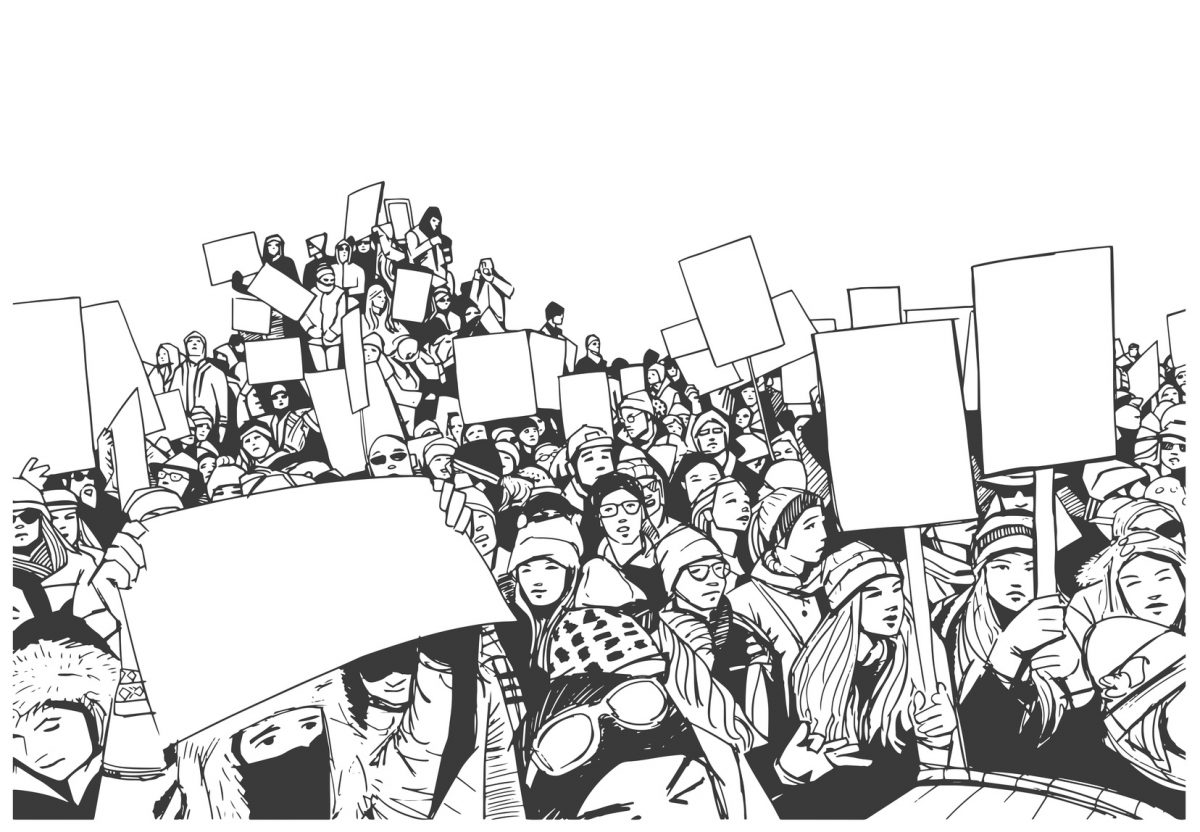 The college campus is increasingly a focal point for shaping social norms, largely a result of rising college attendance; only five percent of the generation that came of age in the 1930s were college graduates, as opposed to roughly a third of millennials. Sometimes, however, this shaping is not always an improvement. In recent years, a new “victimhood culture” has emerged as a powerful new social force that threatens the liberal foundation of academic freedom.

Victimhood is a culture where an individual’s status as a victim elevates him or her to the moral high ground. Its hallmarks are taking offense in microaggressions, shouting down controversial speakers, and demanding “safe spaces.” The values of victimhood culture are encouraging an illiberal turn in students and academics alike, who label political disagreement and academic freedom as violence. Furthermore, they respond to skepticism toward that victimhood status by others with great emotion and anger.

The Rise of Victimhood Culture: Microaggressions, Safe Spaces, and the New Culture Wars, written by Bradley Campbell and Jason Manning, sociologists at California State University at Los Angeles and West Virginia University, respectively, describes how this culture developed and came to dominate campus. They use three moral cultures that have existed in America as a framework for discussion: a culture of honor, a culture of dignity, and a culture of victimhood. They also explain how changing norms are reshaping colleges.

An honor culture depends on a person’s reputation, which means people will respond aggressively to insults and challenges to defend personal honor, such as the duel between Aaron Burr and Alexander Hamilton. Dignity culture emphasizes a conception of self-worth that cannot be determined by public opinion, which encourages people to ignore insults and negotiate compromises, manifested in passive resistance techniques such as conscientious objection and protests for civil rights.

Campbell and Manning note, however, that victimhood culture draws from honor and dignity cultures. It combines “the sensitivity to slight that we see in honor cultures with the willingness to appeal to authorities and other third parties that we see in dignity cultures.” In emphasizing someone’s victimhood to gain sympathy and get someone else to intervene on their behalf, victimhood culture has found fertile ground on college campuses. Previously, dignity culture pervaded the campus atmosphere. Students ignored perceived slights or worked through disagreements among themselves.

Campbell and Manning focus on colleges for their analysis because they argue that campuses are especially susceptible to victimhood culture and its excesses. They note that victimhood has roots in dignity culture, as dignity culture was more willing to appeal to authority or third parties to settle a dispute two parties could not solve without violence. When victimhood coupled the appeal to authority with the sensitivity to insults and slights from honor culture, it needed an authority that is slow to question a self-proclaimed victim but quick to punish a privileged party. That atmosphere is found on many college campuses, and the previous dignity culture was slow to respond to the shift to aggressive demands for safety, even when “safety” was stretched beyond its original definition.

Reading Campbell and Manning, it becomes clear that college institutions are simply too weak to stop victimhood culture. For instance, they have lackluster due process rules in adjudicating sexual assault. Colleges cave quickly to student demands and tend not to approach victimhood claims with reasonable skepticism. As dignity culture has lost ground on campus, the incentives for skepticism have become liabilities. Instead of requiring evidence for wrongdoing before punishing a student, university administrators are expected to condemn the accused based on an accusation. Defenders of dignity culture have been all too willing in ceding to victimhood culture, possibly because of dignity’s affinity for negotiation and compromise.

Caving in to demands rarely brings negative consequences for administrators according to Campbell and Manning. Students who promote victimhood are loud and well-organized, and those who oppose it are less sensitive to slights. They also are not taken as seriously by administrators if they complain about victimhood culture. Administrators naturally cater to the students who threaten them with the outrage mob of social media.

Campbell and Manning do not elaborate on this point, but the public tends to be unaware of victimhood’s effect on campus culture. Established media do not devote much attention to the topic (nor do many campus publications) beyond the most dramatic events, such as protests at the University of Missouri and Evergreen State College that caused large enrollment declines after national attention. That reaction is a sign that people turn away from victimhood culture when they learn about its excesses. Conservative and libertarian media tend to be the only ones cataloging the number and extent of these incidents.

With limited autonomy throughout their lives, it is no surprise that some college students expect campus authorities to define what is and is not acceptable behavior.

Students are forced to sit through freshmen orientation sessions where they are harangued about their privilege and lack of cultural sensitivity, but those who oppose such attempts at indoctrination rarely object. At least, not with the vehemence shown by those who promote victimhood as the foundation of campus morality.

Of course, victimhood culture is bigger than just academia. Dignity culture’s obsession with safety and regulation have primed younger generations to adopt victimhood long before they reach college age. Many students grew up under “helicopter parents” and had teachers who strictly handled all disagreements. Children learned an ethos of asking for permission before taking initiative. Those rules produced a generation uncomfortable with freedom. With limited autonomy throughout their lives, it is no surprise that some college students expect campus authorities to define what is and is not acceptable behavior, even when dealing with trifles.

As Lenore Skenazy and Jonathan Haidt argue, “bad policy and paranoid parenting are making kids too safe to succeed.” Rather than treating emotional discomfort and political disagreement as an opportunity to grow and debate, they are awkward moments to be controlled. A majority of college-age students by no means buy into victimhood culture, but enough of them who do can shape a campus.

Whether on the left or right, when students turn to authority figures to settle insignificant disagreements, victimhood becomes politically weaponized. For the most part, though, victimhood is a weapon of the political left. Universities are “committed to a single vision of social justice, and alternative views are becoming sparse and sometimes forbidden,” Campbell and Manning note. Scholarship as activism has trumped scholarship as a pursuit for truth.

As victimhood culture politicizes more thought and action that was previously neutral, it makes clashes between the cultures of victimhood and dignity inevitable. Campbell and Manning chronicle perceived microaggressions that anger people, free speech that offends students, and research that contradicts progressive political norms throughout their book. To adherents of victimhood culture, the worst campus sin is not shoddy scholarship—it is offending someone.

Defending free speech and academic freedom is perceived by victimhood proponents as a facade for the privileged to harm the disadvantaged. Implicit or explicit bias, they argue, can distort scholarship’s pursuit of truth and institutional action is needed to teach the privileged about their advantages. Otherwise, they suggest that marginalized groups may get ignored on campus, graduate at lower rates, or stagnate in their careers.

As victimhood proponents believe the university is responsible for keeping students safe—and now offensive words are elevated to the same level of threat as physical harm—they must extend their authority over the lives and thoughts of students to a degree previously unimagined. So, in the name of safety and sensitivity, free inquiry cannot be kept as an academic principle within victimhood culture, according to Campbell and Manning:

Universities trying to involve themselves in preventing or punishing microaggressions are claiming jurisdiction over every word spoken on campus, over every glance or expression. Under any conception of free speech the exceptions are rare while most speech is protected, but this is far from that. The logic of victimhood culture means no speech is clearly protected.

Campbell and Manning do not appear optimistic about the future, not detecting a movement of students or faculty in organized opposition to victimhood culture. “Victimhood culture keeps advancing, and we see no sign of it stopping any time soon,” they note.

As a counterweight to victimhood’s encroachment, Campbell and Manning recommend limiting moral dependency on authorities by removing administrative oversight of student life and strengthening free speech protections. But those ideas have not found campus support like diversity training and safe spaces have. Campus support for dignity culture exists in the form of faculty organizations such as Heterodox Academy or the National Association of Scholars that push back against overbearing administrative efforts. Campbell and Manning, however, do not investigate the long-term possibilities of this type of organizing. Some state governments have passed laws reaffirming the principles of free speech on public campuses, but victimhood culture remains firmly planted on many campuses.

Until taxpayers demand politically neutral campuses—or students organize to protest being taught what to think rather than how to think—it is difficult to disagree with Campbell and Manning’s conclusion that victimhood culture is here to stay, at least in the foreseeable future.