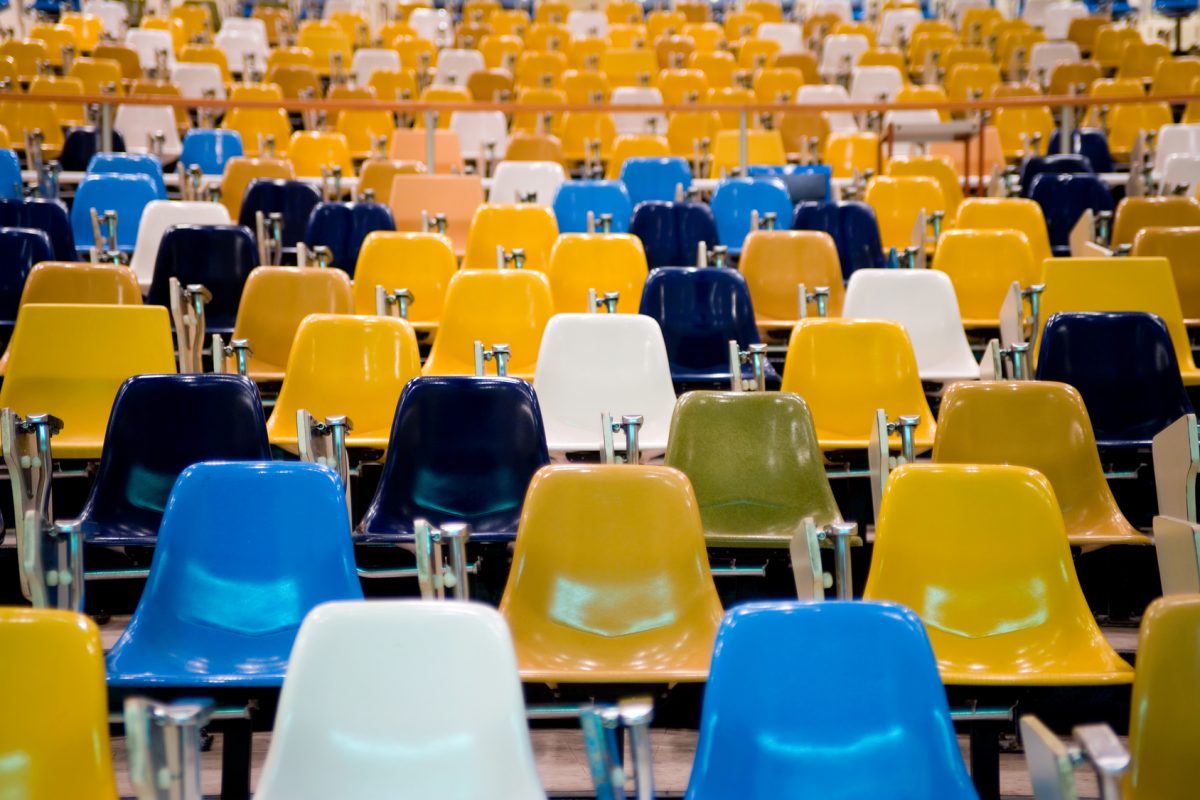 Anyone who applies for an executive or upper management position at a university these days must demonstrate a “strong commitment to diversity.” That’s because diversity, according to campus dogma, provides real educational benefits.

Counting and mingling students and professors by race, ethnicity or gender is supposed to broaden perspectives and enhance classroom learning. That might be true in academic departments built on identity politics—I don’t know. But what about in the rest of the university?

For example, what critical perspective does a black academic bring to microbiology, civil engineering, or the study of African resistance to European imperialism that a white scholar cannot? What distinctive viewpoint does a Hispanic professor rely on to explain French colonialism, the rise of the Land Freedom Army/Mau Mau in 1950s Kenya, or trans-Saharan commerce that a black instructor cannot?

The idea that one’s ancestry gives a professor insights that others cannot have is indefensible.

My maternal Russian heritage gives me neither special wisdom nor even interest in Peter the Great, Gogol and Tolstoy, or the collapse of Soviet communism. Knowledge, understanding, and insights about history derive from careful study, wide reading and travel, and broad communication with people who agree and disagree with you. One’s surname, gender or racial admixture is never a substitute.

As for the students, defenders of diversity groupthink maintain that students from underrepresented minorities bring especially novel viewpoints to classrooms, making them essential for higher learning. The former president of California State University, Chico, where I taught for 40 years, once assured me that simply having a variety of students clustered by race or ethnicity contributed to a “livelier mix” in classes.

His view is appallingly mistaken. As with faculty members, a student’s ancestry or skin color bestows no special insights or knowledge. There is no “black perspective” on chemistry or “Hispanic perspective” on statistics. Even in courses that pertain to the social sciences, few undergraduates know enough about the subject matter to contribute new viewpoints in class.

After four decades of teaching African history, including more than 6,500 individual class sessions, I recall few undergraduates who brought unique perspectives to any historical topic. My course topics ranged from explaining different interpretations of linguistic evidence used to suggest the origins of the Bantu language family, to identifying the Dutch settler and British colonial origins of racism in South Africa.

Most students had little previous knowledge of African history, regardless of their skin color or ethnic heritage. At the start of each semester, I asked the class how many students (aside from those who had traveled in Africa) could name two African languages? Almost none could.

How could they possibly enunciate some special perspective unavailable to their classmates? The assumption that their presence would make the course “more lively” is groundless.

Unfortunately, the notion that one’s race gives minority students deep knowledge may even have an adverse effect on them. It leads them into a feeling of entitlement in “their” courses.

Several years ago, an impassioned black student was doing poorly in my African history course. She insisted that her difficulties in learning African names and concepts – her own heritage – were due to my skin color.

I explained to her that understanding the historical importance of Zulu-Xhosa rivalries, the significance of the massive stone structures at Great Zimbabwe, or the disparate roles played by missionaries in supporting 20th-century African nationalist movements required intellectual discipline, systematic reading and being open to new ideas.

Rather than doing the necessary work, she dropped the class.

While the notion that diversity has great educational benefits is highly debatable, its advocates rarely speak to audiences that will question their core beliefs. Anyone who challenges their claims will spark immediate reproach from them. Criticism is dismissed with mind-numbing clichés. I know from experience.

As mentioned above, I taught African history for 40 years at CSU, Chico. When I criticized the overtly divisive racial preferences and obsessive gender double standards that I witnessed on faculty hiring committees, I was denounced as an “enemy of diversity.” That label was rich in unintended irony.

Raised in an orthodox Jewish home in west Baltimore, I graduated from the University of Richmond (founded by Southern Baptists), completed my M.A. at Howard University (the country’s pre-eminent historically black college), earned my Ph.D. in history at UCLA, then taught at a modest liberal arts college.

As a Jewish American historian of Africa, I specialized in Somalia, a country that’s 99% Muslim. I visited Somalia 10 times, conducting research and teaching at the National University in Mogadishu. Somalis always welcomed me with hospitality and collegiality.

In 1984, while working on a PBS documentary called “The Parching Winds of Somalia,” I sought permission to film Muslim congregants at prayer in a Mogadishu mosque. The imam there, Sheikh Aden, insisted that I guarantee my crew would behave in a “worshipful manner” during filming. A practical scholar and revered community leader, Sheikh Aden knew I was Jewish.

After I led my crew in chanting the Muslim profession of the faith (shahada) in his office, I recall Sheikh Aden telling me: “I know who you are, Geshekter. I wish you were a Muslim of the heart. But you are just a Muslim of the mouth. That’s good enough.”

Yet I was dismissed as an “enemy of diversity.” Why can’t intelligent adults discuss the claims about diversity in a reasonable manner?

According to Harvard psychologist Steven Pinker in his book The Blank Slate, some academic debates “get so entwined with people’s moral identity that one despairs that they can ever be resolved by reason and evidence.” Diversity is certainly one of them.

“The mentality of taboo is incompatible with open scholarship,” warned Pinker. “When beliefs become sacred, that mentality is on a collision course with the spirit of free inquiry.”

The term “the mentality of taboo” was developed by psychologist Philip Tetlock and others to describe an intellectual loop into which one enters, accepts its main propositions, and then finds it difficult to escape. Within the mentality of taboo, “certain ideas are so dangerous that it is sinful even to think about them.”

In that regard, the psychology of taboo provides a defense mechanism that’s widespread among the cult-like advocates of diversity. To believe something with a “perfect faith and be incapable of apostasy is a sign of fidelity to a group and loyalty to the cause.” The ardent defenders of ethnic or racial diversity in classrooms, to borrow Pinker’s phrase, are “intuitively certain they are correct and that their opponents have ugly ulterior motives…”

We badly need to get over the taboos regarding criticism of diversity. Doing so would be particularly helpful to minority students.

In her 1994 book Racism 101, the black writer Nikki Giovanni reminds students that it takes individual effort, not group identity, to improve themselves.

She dismisses claims that black students, simply because of their skin color, ought to be considered a source of special insight or to serve as some role model. A distinguished professor at Virginia Tech, she urges them to focus instead on self-discipline, completing class assignments, and studying hard to succeed.

Giovanni counseled black students to be a consistent presence in class, meet with their professors, demonstrate seriousness about getting good grades, do assignments on time, and ask their professor what they needed to do to improve their grade. “You are an individual,” she reminded them. “[You] don’t speak for the race or any other individual in it.”

Finally, if I were to single out two cohorts whose members disproportionately enhanced diverse exchanges in my classrooms, they would be military veterans and strong Christians.

The vets were disciplined, rarely missed class, and were exemplary in their academic deportment. They kept pace with the readings, peppered me with questions, and insisted on clarifications.

The Christian students had a very different perspective. When I explained why fossil finds from eastern Africa were central to understanding human evolution, they relished challenging me on creationist grounds. That was a true diversity of viewpoints.

Why don’t colleges seek out students from those groups to genuinely “enhance diversity?”

As a scholar of African history and a multicultural individual, I taught students without regard to their skin color, ethnicity or gender. This hardly makes me diversity’s enemy—no matter what administrators might say.

Classroom Diversity and Its Mentality of Taboo