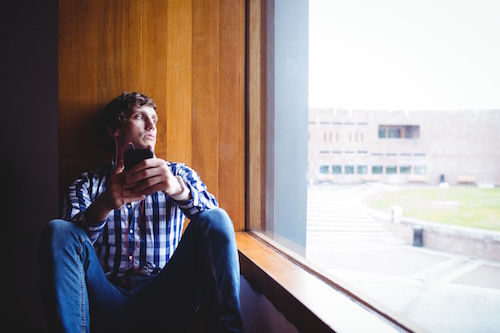 First, I would like to address conservative parents. Lately, I hear many of you questioning whether you should send your kids to college. Maybe they should just go to trade school or straight into the workforce.

I certainly agree that college is not for everyone. There are many trade and apprenticeship-based programs that lead to higher job placement and salaries than some college degrees. Everyone, regardless of political or social ideology, should carefully weigh all options.

That being said, don’t write off college so quickly.

There are good reasons for you to be frustrated with higher education. For one, a university degree is becoming increasingly expensive. Part of this is the result of a lack of financial support from state legislatures. But part of it is the result of something that drives many of you nuts—a growing class of university administrators.

I don’t blame you for getting upset when you hear about a state university hiring a chief diversity officer with a salary of around $300,000 (the University of Michigan just hired one at a salary of $385,000) When you can’t afford to send your kids to the state schools your taxes help fund. Adding insult to injury, many of the administrators added to the college payroll function to promote and police progressive social agendas on campus that conflict with your beliefs.

These are real issues, but higher education still deserves your support and interest. Think about the community you live in and what it would be like if it was not populated with college-educated citizens. That would mean no doctors, nurses, veterinarians, lawyers, accountants, engineers, architects, psychologists, and school teachers. Clearly, higher education is important. And if your children want any of those or countless other careers, they have to go to college.

What about indoctrination by leftist professors? The lack of viewpoint diversity in the academy is definitely a problem. It frustrates me to see how ideologically-biased the social sciences and humanities in particular have become. Academia has long leaned left, but, as has been revealed in a number of recent surveys, this is increasingly the case. In some disciplines, it is easier to find a Marxist than a Republican. Classical liberalism is giving way to left-wing fundamentalism.

As a result, you feel like the college campus is not a welcoming place for your kind. But do you like the safe space movement on many college campuses you keep hearing about? Well, conservatives don’t need safe spaces either.

Your sons and daughters should go to college and take the full range of classes, even ones from Marxist sociologists. They will learn something. In fact, if your children share your conservative views, they will receive a better education than the progressive students who are getting their beliefs reinforced, not challenged. Your children’s thinking on important issues will become more nuanced and sophisticated.

Education is about expanding knowledge and being exposed to new ideas, not affirming existing beliefs. Plus, many college courses have little or nothing to do with political or social ideology.

Now, I would like to speak directly to conservative students. You might not feel at home at many universities but your presence and contributions are important. The only way you are going to impact the fields that lean so far to the left is if you roll up your sleeves and get in the game. The academy is much better off intellectually when it enjoys a truly diverse marketplace of ideas.

If you don’t like the leftist cultural elite echo chambers, break down the chamber doors and chime in. If you are interested, pursue advanced degrees in the social sciences and careers in the academy. Don’t let the view that these disciplines are only for progressives hold you back.

I understand it is easier said than done. Surveys suggest you will face ostracism and discrimination. But, believe it or not, there are conservative, libertarian, classically liberal, and centrist professors out there, even in the social sciences, and they are doing outstanding work. They would welcome you, as would a growing number of academics who worry about ideological homogeneity and want to see a more intellectually vibrant academy. Surveys also indicate that, despite being in the minority, conservative academics are very happy at work.

The truth is, it is not just the case that you need college. Colleges also desperately need you. Leftist academics accuse conservatives of not sufficiently supporting science but turn a blind eye to their postmodernist colleagues who reject the entire scientific enterprise. Many of the concepts campus progressives are obsessed with such as stereotype threat, implicit bias, and microaggressions have not stood up well to empirical scrutiny but remain the foundation of social justice-oriented training programs on campus.

Progressive groupthink has set in and at many universities the line between education and re-education is disappearing. At some colleges, students can earn a history degree without ever taking a class in U.S. history. Some universities are considering dropping required math courses and adding classes in diversity studies that take an exclusively leftist point of view. Teaching males how to deconstruct their “toxic masculinity” is all the rage.

The campus safe space movement is being aggressively used to suppress freedom of speech, particularly speech that challenges leftist orthodoxy. And, in certain fields, scholars seem to care more about engineering the social world than actually studying and understanding it. Having more conservatives involved in university life and scholarship would help restore some order to the academic universe.

In short, conservative parents and young adults, our country is already divided. Disengaging from higher education will only make the problem worse. And the calls to abolish tenure, though intuitively appealing, will not help either. Without tenure, I fear conservative professors might go from being endangered to extinct. Deep down, you know that college is important. Many of the leftist administrators, professors, and students may not realize it, but so are you. Speaking from within the Ivory Tower, I can attest that we need you more than ever.