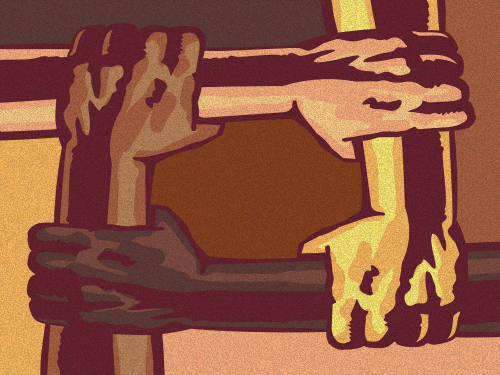 Academics often point out that diversity is good, in part, because it brings different perspectives and experiences to the table. I agree. In fact, this is one reason many argue that higher education needs to also promote viewpoint diversity. Diversity based on identities such as race does not necessarily reflect a deeper diversity of life experiences and personal beliefs.

This might come as a surprise to those trained to mindlessly repeat “white privilege,” but white people often have very diverse life histories and economic backgrounds. Tragedy and triumph are not bound to race, gender, or any other group identity.

That being said, I would like to focus on a different and often neglected benefit of all forms of diversity, including viewpoint diversity. Diversity doesn’t just showcase the many ways people are different. It also reveals our similarities. Diversity connects people across different groups by demonstrating a common humanity.

I was born and spent the early years of my life in West Africa. Most of the kids I played with were Africans. Guess what? It didn’t matter. Kids are kids. Children all over the world have an equal capacity for imagination and the same intrinsic desire to play, explore, and bond with others.

When my own children were in their early years of primary school, I was a professor in England. My children attended a school near the university that was extremely culturally diverse. English was not the native language of many of the students. Mine were the only Americans at the school and most of their friends were other international students from countries such as Pakistan, India, and China.

Though they certainly learned about a number of cultural differences, as did my wife and I, a crucial lesson they received was that people from all over the world have a lot in common.

This is not to say that all cultural beliefs and practices are equal. They are certainly not. And I believe we should always defend the Western enlightenment values that have demonstrably made the world more egalitarian. The point is that people who on the surface appear very different from us actually have many underlying similarities. Indeed, psychologists have established that basic psychological needs as well as the structure of emotion and personality are universal.

However, humans are tribal by nature and decades of research demonstrates that with little prompting, people tend to exhibit favoritism to those who seem similar to them in some way, a phenomenon known as ingroup bias. The ingroup can be based on almost any identity marker, even a relatively trivial one. Even worse, ingroup bias can turn into outgroup hostility and intergroup conflict when different groups are competing for the same resources or at least believe that they are in a zero-sum contest.

Thus, it’s imperative that in our modern diverse and globally-interconnected societies we advocate for the inherent humanity in all, to understand that at our core, most of us have the same goals to be self-determined, part of a social fabric of family and friends, and pursue lives of enduring meaning.

When we view people as part of a common humanity we are better able to treat them as individuals, not just members of different groups. Martin Luther King Jr. wisely stated, “I look to a day when people will not be judged by the color of their skin but by the content of their character.”

Sadly, many college professors, administrators, and activists are promoting a very different view, one that is at odds with decades of scientific research.

Instead of using diversity to promote a common humanity, they are using it to make students perpetually conscious of group membership. This increases the likelihood of ingroup bias. They are creating spaces, including residence halls, that are segregated by race or designated for the exclusive use of one particular group. This promotes distrust of and hostility toward members of different groups.

College administrators are regulating free speech and creating bias reporting systems that encourage students to look for offense and be suspicious of their peers. This discourages and even penalizes candid discussion and natural learning about how to navigate a diverse world. And by encouraging members of certain groups to feel like victims, they increase feelings of entitlement and reduce willingness to help others.

This obsession with identity politics also triggers competitive victimhood, a phenomenon in which members of one group respond to accusations of victimizing other groups by thinking about ways in which their own group has been unfairly treated. Schools are teaching students to judge ideas not on substance, but on the group identity of the person who generated the idea. This reduces students’ ability to engage in the type of rational discourse that helps them find common ground.

Colleges are ignorant of or simply ignoring decades of research on social cognition, psychological motives, and intergroup relations. It is as if they are fashioning social justice campaigns and policies in direct contradiction to what empirical research would advise.

Instead of using proven strategies and empirical research to help students succeed, colleges are allowing far-left activist professors and administrators to use diversity campaigns to push political agendas. The social sciences and humanities in particular are increasingly dominated by academics whose scholarly theories and research are based more on leftist ideology than empirical data and objective reality.

And it is often the most dogmatic leftist faculty and administrators who aggressively promote the identity politics that ironically increase conflict between members of different groups. The prioritization of political goals over education badly serves the students they are charged with educating. Economically disadvantaged students are likely to be the most harmed by group divisiveness since they are most in need of cooperation.

There are many disciplined and thoughtful faculty who keep their personal views from biasing their teaching and scholarly work. However, few are willing to speak out against their ideologically-driven colleagues out of fear of being socially ostracized, publically shamed, or even professionally punished. This is why it is critical that colleges and universities maintain a commitment to free speech and begin to embrace the value of viewpoint diversity. Curiously, diversity of thought is the one type of diversity many colleges have little interest in promoting.

However, viewpoint diversity can also reveal a common humanity. Many academics might not value different points of view because they do not socialize with or perhaps even know any conservatives or non-leftists, which makes it hard for them to appreciate their humanity and intellectual contributions. The liberal academic bubble is very real.

Again, let me emphasize that there is great value to championing diversity. Group identities, especially the identities that influence our beliefs, are often part of our personal identities. Thus, differences between groups can be informative and worthy of consideration.

Nevertheless, we often neglect the fact that diversity also reveals a common humanity. It teaches us that most members of different groups have the same human flaws and strengths, the same fears and hopes. Only when we understand that are we truly able to treat people as individuals who should be judged by the content of their character.