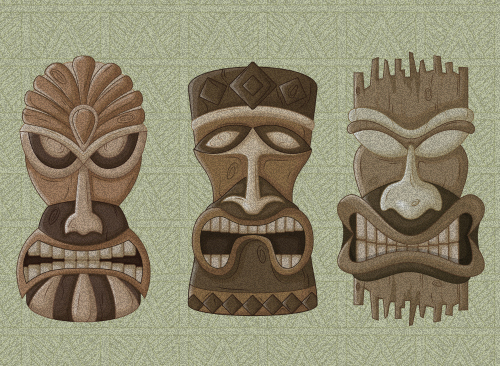 Science isn’t inherently associated with liberal or conservative viewpoints, but tribal politics does influence how people think about scientific issues. Consider a recent study in the journal Nature Human Behaviour that examined the kinds of nonpolitical books conservatives and liberals purchased. Conservatives and liberals were equally interested in science books. In fact, both groups similarly preferred science books over non-fiction books not related to science. This is good news. It reveals a general high level of interest in science among both liberal and conservative readers. Indeed, surveys reveal that Americans across the political divide hold scientists in high regard.

These distinctions may be partially accounted for by natural differences in the personal interests of conservatives and liberals. But they also raise concerns about ideological echo chambers.

This is where tribal politics comes into play. When liberals and conservatives read on the same topic (e.g., economics) research indicates that they are selectively consuming information (e.g., books, websites, magazine articles) that reinforces their own ideology.

But why? Humans are a social species. Starting at birth we depend on caregivers to meet our basic needs. Even as independent adults we rely on others to survive and thrive. At a minimum, we need one other to reproduce and even the most individualistic folks require the help and expertise of others from time to time. Forming and maintaining more complex groups and larger societies has allowed us to dominate the planet and, using science and technology, bend nature to our will.

Because humans are highly self-aware organisms capable of abstract and symbolic thought, these groups are often based on or closely tied to shared ideologies. This is all well and good but the motivation to be a good member of the tribe can mean forming opinions based on perceived group consensus as opposed to rational thought and empirical data. Thus, if a particular scientific topic becomes or is perceived as political, many will adopt the position of their political tribe, as opposed to conducting their own investigation.

In the modern world, it is often hard to realize just how powerful these social motives are for our species. But imagine the high price our ancestors might have paid if they were ostracized by the group. Indeed, history is full of examples of people being punished, banished, or killed for challenging tribal orthodoxy.

Even in today’s society, tribal disloyalty can have dramatic personal and professional consequences. Consider, for example, the very recent case of an untenured philosophy professor being publicly ridiculed and shamed by fellow academics for publishing a paper that, in their opinion, did not sufficiently conform to far-left dogma. Our sensitivity to rejection is adaptive but it can also lead us to privilege tribal loyalty over facts.

Trusting the consensus of a group is not necessarily a bad idea. People only have so much time and cognitive bandwidth to allocate to any given topic or task so we naturally assume we can rely on the knowledge of others, particularly those who share a common group identity, interest, or goal. This approach works when the shared information is accurate.

And if the information we are given is incorrect but has no direct or immediate impact on us personally, maintaining our standing within the tribe may be a more valuable proximal goal than challenging its collective wisdom. Of course, this can lead to longer term consequences for us and others if the collective wisdom is wrong and dangerous.

This is why it is critical to make science transcend tribal politics. Academia, which is increasingly dominated by faculty on the political left, is not immune to tribal loyalty and groupthink. As a result, it is easy for academics to identify and criticize conservatives who reject scientific findings or engage in biased reasoning but to not see their own biases and some of the pseudoscientific and even anti-science scholarship that is happening at liberal universities.

This problem goes beyond the academy. It is people on the political left who often have pseudoscientific beliefs about vaccines, GMOs, and alternative medicines and healing practices. Conservatives are not the only people denying science.

Likewise, liberals are not the only people advancing science. For instance, recent rankings of states on clean energy development reveal that the top ten rankings were nearly evenly divided between conservative and liberal led states. Not surprisingly, California was at the top, but states such as Wyoming, North Dakota, and Kansas also held high rankings. For Wyoming, all of the state’s power plant capacity added since 2016 comes from renewable sources. Kansas has tripled its production of electricity from wind. And North Dakota is number one per capita in wind-based energy production. This is just one example.

Science is not a social club or a tribe. It is way to examine and understand the natural world and the organisms that live in it, including humans. It is an effort to remove human biases, motives, and emotions in order to develop an objective understanding of reality. Scientists are humans and humans are biased so mistakes are made and science is sometimes used for personal gain or to cause harm. But this is not the fault of science. It is the fault of people. Science has no agency. Therefore, it has no agenda, ambition, or prejudice.

Psychological science offers a solution to the politicization of science. Research indicates that uniting people under a common cause reduces tribal biases and intergroup conflict. Researchers call this a superordinate goal. Thus, if science is perceived as something that is superordinate to political or any other group identity, people across different groups are better able to work together. Common humanity is a similar concept. When people from different groups perceive themselves as part of a superordinate group with a common purpose, it is easier for them to perceive science as part of that shared purpose.

Our nation and world have plenty of issues and concerns that divide us. We can’t afford to let science be one of them. We all need science.