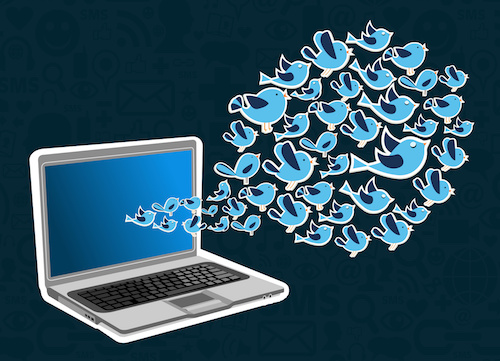 When Drexel University political science professor George Ciccariello-Maher tweeted “All I want for Christmas is white genocide” on Christmas Eve, he handed the Philadelphia school an opportunity to play an integral role in our national intellectual dialogue. Drexel could have helped to clarify an important academic freedom issue and, in doing so, earned a reputation for upholding standards.

Instead, the university is showing itself to be just one more academic dinosaur, joined at the hip to modern academia’s failing radicalism and afraid of its own faculty.

When the inevitable firestorm of disapproval from the first tweet arose, Ciccariello-Maher doubled down with a second tweet: “To clarify: when the whites were massacred during the Haitian Revolution, that was a good thing indeed.”

Initially, Drexel’s leadership seemed appalled, declaring “Professor Ciccariello-Maher’s comments are utterly reprehensible, deeply disturbing, and do not in any way reflect the values of the university.” But the possibility that university officials would take the lead nationally in dealing with radicalized professors ended with a second statement:

The university vigorously supports the right of its faculty members and students to freely express their opinions in the course of academic debate and discussion. In this vein, we recognize Professor Ciccariello-Maher’s tweets as protected speech.

Drexel suggests that protecting academic freedom is the main justification for letting Ciccariello-Maher escape serious punishment. A secondary justification, offered by the professor, is that the tweets are not really a call for white genocide, but sarcasm toward a paranoid strain of right-wing thought that fears potential ethnic cleansing of European Americans.

White genocide, Ciccariello-Maher claims, only exists as a fearful fantasy in the fevered swamps inhabited by white nationalists. And therefore, since his sarcasm was directed at political extremists fearing imaginary bogeymen, it was really not beyond the pale of decency and morality. But his explanation is clearly disingenuous, for his second tweet refers to an actual white genocide that occurred in Haiti in 1804—not a hypothetical invention.

In that light, his excuse appears to be nothing more than an embellishment concocted to avoid punishment. Or perhaps he believed it offered a rhetorical “sweet spot” from which he could simultaneously elevate his reputation among academia’s growing radical anti-white contingent and avoid any blowback from the reasonable majority in the rest of society.

At any rate, this was not an isolated incident for Ciccariello-Maher, who has long demonstrated a fascination with the subject in his scholarship. For example, in his article “‘So Much the Worse for Whites’: Dialectics of the Haitian Revolution,” he rejects one revolutionary leader’s moderation (Toussaint L’Overture) for the more extreme actions of another (Jean-Jacques Dessalines). In doing so, as Blake Neff explained in this Daily Caller article, “Ciccariello-Maher is praising the wholesale extermination of Haiti’s whites.”

Nor is that article the only indication that Ciccariello-Maher’s interest in white genocide is neither incidental nor comedic. His curriculum vitae reveals that the French-Caribbean anti-colonialist writer Frantz Fanon is a key influence on his scholarship. This is hardly irrelevant: Fanon aggressively promoted anti-white violence. One of his most famous quotations is:

Violence is a cleansing force. It frees the native from his inferiority complex and from his despair and inaction; it makes him fearless and restores his self-respect.

Black Panther leader Eldridge Cleaver, who fled the country in 1968 to avoid prosecution for wounding two Oakland police officers in an ambush, wrote that ”every brother on a rooftop can quote Fanon.” Cleaver was referring to black rioters taking to rooftops to shoot police.

And white genocide is not a thing of the past. Ethnic cleansing of whites occurs today in much of Africa—perhaps not always as official policy but with governments looking the other way.

In light of the real-world situation, influences such as Fanon, and scholarship such as “‘So Much the Worse for Whites,’” Ciccariello-Maher’s claim that his tweets were sarcastic and benign falls apart. Academia’s increasing anti-white sentiment is starting to resemble anti-Semitic rhetoric that percolated through Europe in the late 19th and early 20th centuries. And Ciccariello-Maher obviously identifies with and panders to those who voice animosity toward whites.

Without Ciccariello-Maher’s sarcasm defense, academic freedom protection for his tweets rests on a less stable foundation. There is a long tradition in such cases of questioning the professor’s “fitness” to teach, with a considerable record of academic freedom legal cases to provide guidance. Calling for genocide of an entire race would certainly raise the question whether Ciccariello-Maher should be in a position of influence with young people.

Ciccariello-Maher’s tweets are an example of “extramural” commentary, which deals with issues beyond the campus; such commentary has broad—but not infinite—academic freedom protection. His tweets may also be classified as an attack on a broad grouping of people. Several recent high-profile cases involving this type of extramural comment, though not directly relevant to the Drexel controversy, may help to provide clarity.

However, Ciccariello-Maher is a tenured assistant professor who has worked at Drexel for years. Salaita, on the other hand, was not fully through the school’s hiring process; therefore academic freedom was not yet applicable.

Another related case is that of outspoken Holocaust denier Arthur Butz at Northwestern. Many at his school and elsewhere have called for his removal. Northwestern rejected that course of action, citing Butz’s academic right to espouse unpopular opinions. A key reason for protecting Butz’s bogus scholarship is that he is an electrical engineering professor who scrupulously refrains from discussing his historical theories in class.

Ciccariello-Maher, on the other hand, is a political science professor; it would appear that, given his extremist perspective and lack of intellectual restraint, he is quite likely to bring his opinions into the classroom.

More important in regards to Ciccariello-Maher’s tweets are two cases that occurred in the early 1990s at the City University of New York. The first was Levin v. Harleston in 1991, in which professor Michael Levin publicly noted that average white IQs were much higher than those of blacks. The second was Jeffries v. Harleston in 1993; professor Leonard Jeffries gave a speech in which he described whites in demeaning ways, calling them “ice people” and suggesting they were intrinsically “egotistic, individualistic, and exploitative.” Both taught humanities, so there was some concern that their controversial opinions could make their way into their teaching.

Levin won his case; an important factor was that his theories on IQ were supported by an overwhelming preponderance of empirical evidence. Jeffries, on the other hand, was essentially spouting pure conjecture; the court decided against him and he was given minor punishments (although not fired).

Jeffries v. Harleston most closely resembles the situation at Drexel, with one small but important difference. That is, Jeffries made unfactual and unscholarly claims, whereas Ciccariello-Maher prescribed a disturbing course of action. Still, it appears that Drexel has at least as strong a case for punishing Ciccariello-Maher as CUNY had with Jeffries, and possibly stronger.

If Drexel were to act against Ciccariello-Maher, Ciccariello-Maher would likely sue. That would not necessarily be bad for Drexel; although there would initially be legal fees and perhaps a settlement, it would position Drexel as a common sense university that does not permit unfit individuals to teach. Not pursuing disciplinary action, or even termination, against Ciccariello-Maher may result in a drop in donations from angry alumni, whereas showing that the university maintains high standards could bring in more students and gifts.

More important for academia as a whole, a court case would help clarify a lack of fitness in this particular situation; hopefully, it would build upon Jeffries v. Harleston and give schools a powerful tool for dealing with professors who lack the judgment to be educators.

For the fitness question is the basis for an extremely important standard. Academia greatly influences the nation’s intellectual and political life, deciding which ideas to teach to new generations of leaders, educators, and professionals. And individual academics are central to forming the consensus of ideas by participating in curricular and personnel decisions; their opinions matter.

If Ciccariello-Maher does not define a lack of fitness, then who does? Would a professor who tweeted “All I want for Christmas is black (or Jewish) genocide” receive such blanket protection by Drexel or any other university? Would somebody in another position of influence—a member of the media, a politician, or a corporate leader—receive a pass for such a statement?

It appears, sadly, that the Drexel administration is unable to grasp that academic freedom is not infinite license, and that it has a right—and responsibility—to demand appropriate conduct from the faculty. A great opportunity lost.