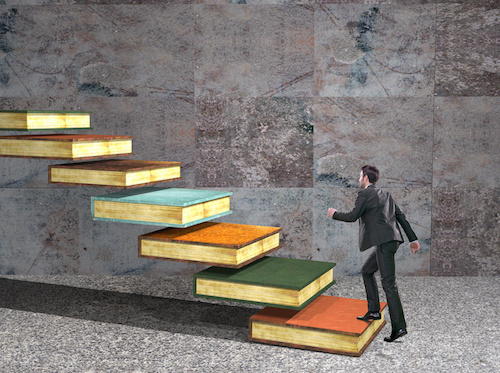 Recently I attended a meeting of a committee of the University of North Carolina system’s Board of Governors that has a mission of “setting goals for economic impact.” Higher education’s role in the economy cannot be ignored; the extent of that role is, however, highly debatable. Some people believe that academia is the place to look for all mankind’s solutions; others regard it as a source of economic inefficiency.

At the meeting, I was most interested in a working group formed to investigate one aspect of economic development to which academia is inextricably tied: college education. Their intended goal was to increase North Carolina students in academic majors predicted to be in big demand. The committee settled on three broad career groupings: health care, STEM (science, technology, engineering, and math), and K-12 education, stating it had “confidence in future demand” in these “key areas.”

Upon closer inspection, one wonders why these particular fields inspired such confidence. The committee acknowledged that it is “very difficult to predict future market needs with certainty.” And exactly how far it would go to promote these majors was uncertain.

It dawned on me that, before plunging ahead with such specific goals, a more fundamental question in this facet of economic development must be decided. That is, whether a public higher education system should be proactive or reactive. In other words, should a university system predict the future needs of the state’s economy and adjust accordingly by inducing students to adopt majors that are projected to be in high demand and by scaling up departments to handle the increased enrollment before it occurs?

Or should the system hold off and react to actual enrollment demand to adjust their schedules and faculty staffing?

The proactive side gets the overwhelming majority of public support. I believe the reason is largely because this scenario falls under the principle of “concentrated benefits and dispersed costs.” The business community, higher education, and various government officials are self-interested in favor of the proactive approach since they benefit whether or not the approach is successful. They have knowledge and power advantages as well, for they keep a close eye on university-employer pipelines, and have the ear of legislators, administrators, and trustees.

But if the proactive solution fails, it is the taxpayers and students who must bear the costs: taxpayers must fund the wasted expenditures and students prepare themselves for non-existent or low-demand careers. Yet they do not put up much opposition, for they are very unlikely to be aware of the issue, even less how it applies to themselves.

Therefore, I’m going to do something unusual: argue, to some degree, the case for being reactive.

This issue is not an all-or-nothing situation. Both approaches have plusses and minuses. Being proactive enables the state to take advantage of opportunities to help employers who may be expanding, starting up, or thinking of moving into the state. It especially helps out with what I would call the “scaling up” problem. That is, there is a gap in time between recognition of the need to increase graduates in a particular field and the system’s ability to educate those graduates.

But, just as the proactive approach enables states to get ahead of labor needs, it can be prone to wasteful errors. Even with today’s massive computing capacity and armies of PhDs, predicting the future needs of the economy is no easy task. The federal Bureau of Labor Statistics, which has no axe to grind for either approach, can be slow to grasp a shift in the employment pattern. For instance, the BLS is still predicting that the United States will need 10 percent more petroleum engineers in 2024 than they needed in 2014. That may have been a reasonable assumption when it was made; however, the bottom fell out of the demand for new petroleum engineers over a year ago with the drop in oil prices.

According to the Society of Petroleum Engineers, in 2014, 95 percent of petroleum majors had offers in the industry upon graduation; in 2015, that percentage had dropped to 64.

And it may drop as low as 25 percent, according to a variety of sources, such as the U.S. Association of Petroleum Department Heads. Given the large number of entering freshmen who chose petroleum engineering as a major in 2014, it is likely that graduates will continue to flood the market for another year or two. Barring a dramatic increase in oil prices—unlikely for a few years—a labor supply glut may develop that takes considerable time to work itself out.

Other STEM fields have had labor supply gluts for many years that have depressed entry-level wages. For instance, in 2009-10, according to the American Community Survey, freshly graduated chemistry majors (B.S.-level) earned only $32,000 per year—the same as sociology majors. Yet the graduates keep coming.

That is not to say that educating young people in a rigorous science is bad, even though they might not always find work in their particular field. The mental training and background knowledge gained by completing such a degree can be applied to any number of careers. But the increase in human capital gained through higher education is diminished if people are trained for careers that do not materialize quickly; knowledge is quickly lost and human capital is of no value until it is applied to work. Mismatching majors and careers clearly wastes educational resources.

Another common source—one clearly weighted toward the interest of employers’ wishes by definition—used for determining future employment trends is the employer needs survey. The most recent North Carolina Employers Needs Survey produced by the state Department of Commerce provided surprising evidence, considering much of the hype about the need for more health care and STEM graduates. The following table shows the percentage of employers in each category who say they had difficulty finding qualified applicants for various levels of experience: STEM and health care, two of the categories identified by the Board of Governors committee as having high future demand, seem to be having no trouble finding entry-level workers: only 13 percent of health care providers and 10 percent of STEM employers claim difficulty. Nor do they have problems finding employees with several years of experience. Given that employers are more likely to overstate their problems finding workers than understate them in such a survey, these numbers suggest there is no shortage—and perhaps even labor supply gluts are building.

The only difficulty for health care and STEM employers seems to be finding highly experienced workers. It is hard to see how that is an educational problem; experienced workers are created through employment, not education. Nor will internship programs help—five-year internships are unfeasible and undesirable.

There is a distinct possibility that, if the UNC system tries to deliberately increase graduates in health care and STEM at UNC schools, the result will be long-term gluts that don’t play themselves out. According to the Board of Governors, both fields already are having increasing degree production. Health care graduates increased 9.6 percent in the last three years (my own look at the system’s statistical abstract suggested it was even higher at 24.3 percent), while STEM graduates increased by 8.2 percent.

With such naturally occurring rapid rates of growth—without additional inducements—it is obvious that students are aware that these fields are where the opportunities are. Artificially pumping up the growth in these areas through incentives and other means is likely to distort the market, creating gluts that benefit employers but reduce opportunities for students.

Another part of the puzzle that is too often ignored by policymakers is providing a proper degree of granularity of data. Using overly broad categories such as “STEM” can be almost meaningless. Each field has to be looked at individually. For instance, both computer science and petroleum engineering are considered technical fields, but demand for computer professionals is now rising after a decade-long supply glut has played itself out, just as the job market is collapsing for prospective petroleum engineers. The enormous differences in opportunities for new graduates in a variety of fields is shown in the two charts below:

This need for granularity exists even with specific STEM categories. Consider this representative sample of architecture and engineering jobs: To adjust incentives and inducements for each degree program in such a diverse and volatile market as exists in the STEM fields smacks of socialist central planning—always a mistake.

The reactive approach does away with such micromanagement and the excesses it produces. By being more market-driven and less determined by questionable predictions, it is much less likely to produce long-standing gluts. That is no minor problem; when gluts exist across a wide range of career choices, it can be disastrous for young people and the economy as a whole. When careers are delayed, so is adulthood. As a result, houses are not built, appliances are not sold, and children are not born.

As you can see in the computer science field below, gluts and shortages can work themselves out in relatively short time if left alone. Throughout the 1990s, between the dot-com boom and “Y2K” (the year 2000) concerns, computer science was one of the hottest degrees. As we entered the new millennium, with the dot-com boom turned to bust, demand fell. The numbers of graduates remained high for a few years, due to the time lapse, but by 2006-7, that number dropped precipitously to reflect the changed economy. Within a few years, as the computer industry again needed entry-level workers, the number of graduates started to climb, reflecting that need.

At the same time, if a university system waits for students to realize that demand is picking up in a particular field through word-of-mouth knowledge of increasingly attractive job offers, serious labor shortages may develop instead of gluts. The scaling up problem can become a serious barrier to economic development. Furthermore, scaling up may mean more time needed to attract or educate more teachers in those fields. If there is a severe labor shortage, it may be difficult to attract people who already have advanced degrees in the field for faculty positions, since they will likely be working for good wages.

Such labor shortages can drive higher salaries, which can hurt a state’s ability to attract or keep industry. At the same time, maintaining low salaries through labor supply gluts is hardly good for the long-term prosperity of the state and its workers.

It may be nearly impossible to quantify whether the nimbleness in satisfying industry’s needs offered by the proactive approach is more beneficial to a state than the frugal market efficiency offered by the reactive approach. So what is to be done? Should state university systems get involved with predicting and promoting certain fields in the belief that they will be in strong demand in the future? Or let the “Invisible Guiding Hand” play itself out in good time?

When uncertainty rules, caution is often the best course of action, which suggests the reactive approach. Perhaps the one thing that lends itself to both approaches is making sure students entering or considering college are aware of how the labor market can affect their futures—and that career paths that look good right now can be subject to volatile changes. Increasingly, students are choosing majors that are vocational in nature on their own. Nobody wants to discourage the student who has a lifelong dream of entering a particular field even though job prospects in that field are limited. At the same time, it may not be wise to offer incentives to enter specific fields when the labor market for graduates can dry up in an instant or remain mired in a glut for decades.

UNC-Chapel Hill: A Sanctuary Campus for Antifa on the Taxpayer’s Dime