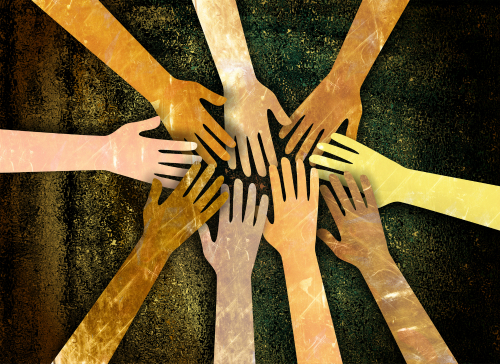 Even if you can’t remember his name (and who but an Indian could?), you may be familiar with Vijay JoJo Chokal-Ingam’s story as told in his recently self-published Almost Black: The True Story Of How I Got Into Medical School By Pretending To Be Black.

The book is a fascinating personal story, but more important for the light it sheds on the way “affirmative action” works in our universities.

Vijay—who used his authentic middle name, JoJo, “star point guard for my family’s beloved Celtics” on his applications—is the son of Indian immigrants, his mother a highly regarded Boston ob-gyn and his father an architect. His sister is the well-known television star and author Mindy Kaling.

“Honestly,” he writes on his book’s web page linked above,

I am about as black as Gandhi. Once upon a time I was an ethically [and, as it turned out, ethnically] challenged, hard-partying Indian American frat boy enjoying my third year of college. That is until I realized I didn’t have the grades or test scores to get into medical school.

The only problem? I wasn’t a minority. So I became one…. Vijay, the Indian American frat boy, became JoJo, the African American med school applicant.

Vijay’s 3.1 GPA as an economics major at the University of Chicago was what grade inflation in the 1990s had done to what in the old days would have been a gentleman’s “C.” Although Vijay admits that in his first two years of college he rarely let academic effort intrude upon his prodigious social calendar, he shows that he is also very smart and capable of excellent research when he needs it.

And need it he did when he turned his attention to medical school admission and discovered that a 3.1 GPA and MCAT score of 31 were not sufficient for him to make the cut “as an Asian” (his emphasis). “I was toast,” he realized.

But Vijay discovered that the acceptance rate for blacks with his same GPA and MCAT score was 75.5 percent! When he looked in the mirror (see photos here), he saw a virtually black face looking back at him, and thus began  applying to medical schools as a black.

He changed his dress, shaved his head, studied Stanislavskian method acting, and, with the help of a knowing accomplice, joined the Chicago Organization of Black Students. But the only lie on his applications was in the racial box he checked. He did not hide or disguise his privileged background.

It worked, more or less. Vijay was invited for interviews at 11 of the 26 medical schools to which he applied, including several highly ranked ones, such as Yale, Columbia, Penn, Rochester, and Washington University.

The process included one humorous moment when Vijay discovered that his inviting letter from Harvard was signed by Dr. Alvin Poussaint, the father of Alan Poussaint, “a guy who had known both me and my sister for years.” He decided not to follow through with his Harvard application.

When I read Almost Black I did not know how the “comedy” ended, and thus the book read much like an entertaining but serious mystery. Since readers more careful than I, however, will have learned from the book’s subtitle that his quixotic quest did succeed, I will spoil the mystery by noting that Vijay was admitted to one medical school—St. Louis University—which he attended for one year. Missing, however, was any discussion at all of why he lasted only one year.

The book’s story of how affirmative action works in practice will be familiar to many, but Vijay’s anecdotes and experiences make it especially revealing.

All of his target schools had noble policy statements affirming that they do not discriminate on the basis of race. But all of them do to one degree or another—some of them more overtly than you’d imagine. The University of Wisconsin, for example, implied in one of its letters that it (as Vijay writes) “was willing to compromise its state residency requirement for out of state minorities (wink,wink).”

Indeed, Almost Black can be read as a humorously entertaining but at the same time depressing account of how minority medical school admissions actually works. It’s one of the rare accounts that actually names names.

Chapter Two, for example, is alone worth the price of admission. It describes in excruciating detail Vijay’s interview with Dr. Rubens Pamies, then the Director of the Office of Minority Affairs at Case Western Reserve’s medical school. Dr. Pamies saw through Vijay’s racial charade—the only medical school official who acknowledged doing so—and virtually threw him out of the interview.

Nevertheless, to Vijay’s astonishment, Case Western Reserve ultimately placed him on the waiting list for admission. A classmate suggested that the explanation likely was a mutual fear of exposure, since Dr. Pamies could have exposed Vijay to the University of Chicago as engaging in fraud, but only by having it come out how unprofessionally (and perhaps illegally) he had grilled an applicant on where his parents were born and his racial identity, thus making it clear that his affirmative program enforced a rigid racial requirement.

Vijay repeatedly emphasizes that he “wasn’t a social revolutionary” engaged in a crusade to expose affirmative action. He merely wanted to gain admission to medical school.

He also reveals that walking in a black man’s shoes made him more aware than he had been of the discrimination blacks suffer. He received an expensive speeding ticket, for example, from a racist Chicago cop for going 49 miles per hour in a 45 zone, and a security guard at a neighborhood store where he had happily shopped as Vijay for two years threw him to the ground and accused him of shoplifting when he went in as JoJo.

But even if he didn’t begin as “a social revolutionary,” Vijay’s experience turned him into a dedicated foe of the racial discrimination at the core of affirmative action as actually practiced. By the time of his graduation ceremony from Chicago, he told a Chicago TV station, he refused to shake hands with Bill Clinton because “I was protesting against Clinton’s support for affirmative action racism against Asian Americans and whites in admissions.”

One suspects that Vijay may have long been more opposed to affirmative action than his account allows. That suspicion is reinforced by the fact that Almost Black opens with “the eleven year old Indian American boy cool[ing] his heels outside the office of the headmaster of Boston’s Roxbury Latin School,” where he soon learns that he’d been rejected despite his perfect score on the Secondary School Admission Test because, as an admission officer told his mother, “We see a lot of your people around here.”

Vijay’s mother complained to Boston Latin’s legendary headmaster, F. Washington Jarvis, and she was told that “the law gives us the right to…consider race as a factor. We can reject applicants if we feel that their ethnic background does not help us to, shall we say, create a more diverse class.”

After his retirement, Jarvis published With Love and Prayers: A Headmaster Speaks to the Next Generation. “If it is true,” Jarvis wrote, “that a picture is worth a thousand words, it is ten times as true when you are speaking to young teenagers. They are gripped by the story of how real people cope with real situations. They are interested when you share with them the concrete realities of your own life and experience, and they are almost always willing to listen to adults who actually believe in something, who actually stand for something.”

What Jarvis taught one Indian American pre-teen is that promoting “diversity” means excluding people like him, but Vijay did not fully learn that lesson until he began applying to many of America’s top medical schools. His book, Almost Black, is a gripping story, well told, of that revealing journey, documenting how diversity-justified affirmative action excludes as many individuals based on their ancestry as it includes.

Finally, that journey taught Vijay, somewhat to his own surprise, that he was more than a smart, rich playboy. He learned that he actually stands for something—the principle that it is wrong to award burdens or benefits based on race.