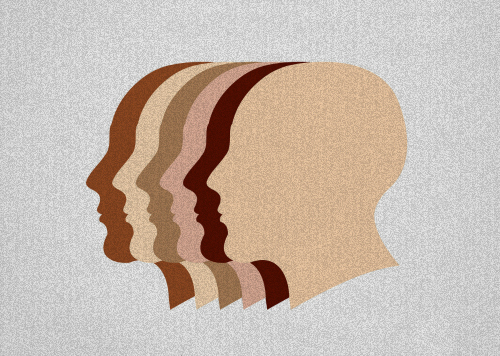 The obsession with diversity is so widespread among American colleges that it has become a normal part of campus life. Just what “normal” looks like is revealed in a new book based on extensive interviews with “whites” and “students of color” at Harvard University and Brown University, The Diversity Bargain: And Other Dilemmas of Race, Admissions, and Meritocracy at Elite Universities. It is unwittingly and depressingly useful.

A reader might be tempted to predict the book’s conclusions simply by looking at the author’s resume and a few autobiographical comments. Professor Natasha K. Warikoo—Brown undergraduate, Harvard sociology Ph.D., associate professor of education at Harvard’s Graduate School of Education—tells us on the first page of her introduction that she “was raised in an immigrant family [both her parents were doctors] in a declining Pennsylvania steel town” where she learned that she was “an outsider” who “knew no one would even think of asking a brown-skinned girl to prom.”

Rather than feeling bad, however, she “became angry.” She writes, “[I became] angry at my community for excluding me; angry at my parents for raising me in a town unsympathetic to my ethnic identity; angry at the world for the racial injustice I now found seemingly everywhere.”

In other words, Warikoo was a perfect fit for Brown, which she entered as a freshman in 1991 and where she learned that she “was not an outsider at all.” Based on her interviews with current students, Brown doesn’t seem to have changed much. Some students said they were “rocked” by its culture of diversity.

A few Brown students, however, were unrocked by their immersion in grievance ideology. To Warikoo’s credit, she quotes some of them.

Brown sends an invitation to anyone who checked off a nonwhite box [which] has a really real effect of creating fault lines cross races in the university. It makes it so that all the students who went to the Third World Transition Program got to know each other a week before anyone else came to campus. So when most people come onto campus…these people already have a friend group.

According to Warikoo, these criticisms are a complaint that the self-segregating students of color contravene what she calls, with some fanfare, “the diversity bargain, in which white students support affirmative action insofar as it benefits them.”

The self-segregation of minorities, she writes, “left white students feeling they had few avenues to engage with students of color,” which after all is the rationale for race-based preferential treatment. Thus she quotes Dexter, a Harvard sophomore, who said, “Harvard doesn’t need to send some white guy to Wall Street who has never interacted with a black person,” and writes that Craig, another Harvard student, “supports considerations of race so that racial diversity will enrich him and his peers.”

Most white students, she claims,

seem to implicitly view affirmative action as a trade-off, which they support as long as it benefits themselves. Under the diversity bargain, underrepresented minority students can be admitted with lower SAT scores or GPAs, as long as those students then contribute to the educational experiences of their peers…. To many white students, minority students do not uphold their end of the diversity bargain when they join the Black Students Association or sit together in the cafeteria.

Despite her publisher’s claim that Warikoo’s discovery of a “diversity bargain”—in which white students reluctantly agree with racial preference as long as it benefits them—is an original, major contribution, it is not in fact a new idea. In our 2012 essay for the National Association of Scholars, “Against Diversity,” Roger Clegg and I argued that diversity “us[es] blacks for the benefit of whites” and I’ve been making that point on my blog since 2002.

In addition to exaggerating its originality, Warikoo misses a number of problems with this concept.

First, the preponderance of Warikoo’s subjects, who are students of color, reject this “bargain” altogether. In fact, she acknowledges that minority students “object to the expectation that they take on the job of educating whites about matters related to race…. Instead, they saw themselves also as beneficiaries of campus diversity, pointing to personal gains.”

Too bad she neglected to ask her minority interviewees why, since they don’t buy into the diversity bargain, they believe that admission barriers should be lowered for them.

Nor does Warikoo explore in any depth the benefits that allegedly flow from diversity. She quotes from students gushing about it, but what they say is almost embarrassingly sophomoric, or worse. For example, Grace, a Korean American student at Harvard, thought:

[It] was just amazing to see different student groups celebrate ethnic heritage and cultural life on stage. There were Chinese fan dances, Irish dancers. There was just the whole spectrum of all these different cultures. And one of the most moving parts of the show for me was the grand finale where different groups danced with each other and blended their different styles.

Brandon, a black Brown sophomore, was similarly, sophomorically impressed. “You can go and see the Asian type of festival and you can embrace it and you can learn about stuff like that.”

In my personal experience, it’s really cool hearing my roommate talk about Turkey. Or like, my other roommate is very, very Jewish, and I actually don’t know anything about the Jewish faith, but then she tells me things like, they don’t believe in heaven, and like, whoa! So it’s cool. You know all these different things, all these different worlds, all these different ways of living and ideas and food [laugh] that you wouldn’t have been exposed to otherwise.

Thomas, a white Harvard student, also appreciated being exposed to “a lot of different ethnic groups’ food and that was great, because I love food and it was stuff I’d never had before.”

Artistic and gastronomic diversity are nice for these students. But there are less expensive and less divisive ways of providing them than racial preferences that refuse admission to some whites and Asians in order to admit more blacks and Hispanics so that whites and Asians can receive the benefit of exposure to them.

Many of the quoted statements by Warikoo’s interviewees are interesting—often nearly incoherent (“Like, whoa!”), but revealing the sad state of race on college campuses today. Her own analysis of these comments—primarily, an awkward social-sciency construction of “race frames”—is far from helpful.

She puts all of her students into one, sometimes two, of the following “race frames”: a “diversity frame,” “color-blindness frame,” “culture of poverty” frame, or, her favorite, a “power analysis” frame. That categorization of the students, although the framework of her entire analysis, adds little or nothing to what the students actually say.

When Warikoo goes beyond reporting what her subjects believe, her analysis is marred by errors large and small. Tellingly, she mischaracterizes colorblindness, claiming it is a “frame” in which the student assumes both that “race does not and should not play a role in society” and “ignore[s] the role that race plays in society.”

On the contrary, no advocate of colorblindness believes race “does not” play a role in society, but only that it should not. That misunderstanding then leads to some inanities, such as describing Pat, a white Brown student, as someone who “employs his colorblindness frame to defend his moral self worth.” That negative assessment seems very uncharitable toward the student, but it helps shore up the author’s belief that America still needs racial preferences.

Some of the book’s errors are small—Tougaloo College, with whom Brown has long had a partnership, is in Mississippi, not Alabama—but others are more glaring, such as Warikoo’s claim that “Asian Americans and whites are…overrepresented on elite campuses.”

Even aside from her troubling assumption that elite institutions should mirror the nation’s demography, whites are actually underrepresented. According to the most recent U.S. Census Quick Facts, 76.9 percent of the U.S. population is “white alone,” but 53 percent of new admits at Princeton and Cornell and 50.9 percent at Harvard are non-white. And only 36 percent of students at Stanford, 24 percent at Berkeley, and 26 percent at UCLA are white.

You shouldn’t judge a book either by its cover or its author, but if you succumb to the temptation to predict the argument of The Diversity Bargain based on Warikoo’s resume, you’d probably come close.

That says something depressing about the infatuation with race in our elite institutions. But even more disturbing than the book’s predictability is that the picture it presents of what most students at elite universities believe about race and merit is largely accurate.