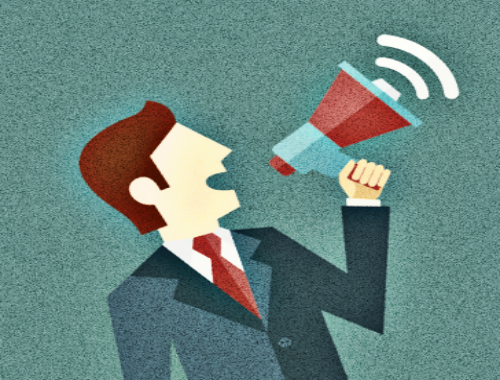 In February 2015, the University of North Carolina System’s Board of Governors (BOG) concluded an extensive review of the 237 academic centers and institutes housed across the 16 UNC campuses. The goal was to “determine if each center is meeting its intended purpose, and enhancing the education, research, and service mission of the University.” A few units, such as NC Central’s Institute for Civic Engagement and Social Change, did not meet such scrutiny and were subsequently ordered to shut down, much to the dismay of some students and faculty, who viewed the closures as an ideological attack by the Republican-leaning BOG.

Other centers, such as UNC-Chapel Hill’s Center for Civil Rights, although deemed to have met the BOG’s standard, were required to undergo further review by their respective campuses to ensure that their activities and publications comply with UNC system regulations prohibiting political advocacy. Unfortunately, UNC-Chapel Hill’s review of the Center—released in March—is far from the critical and honest assessment the BOG had mandated. It gives the Center implicit approval to continue its campaign of social justice activism and costly litigation.

The university defends the Center’s activities as they relate to its three-fold mission of scholarly research, teaching, and community service. It cites the Center’s long résumé of published reports, engagement with low-income communities, and yearly internship and externship programs which, according to the university, give law students a “deep advantage” in terms of gaining work experience in the social justice field. The review also celebrates the uniqueness of the Center, in that it is the only one in the UNC system to engage in litigation—as opposed to purely academic endeavors. That distinction, however, is a dubious one, because the litigation takes the form of legal activism and often comes at the expense of North Carolina taxpayers.

The Center has brought numerous cases against county governments and school boards, each asserting that those entities committed some form of racial discrimination. For example, the Center recently challenged the Pitt County school system’s student reassignment plan, claiming it would increase racial segregation and violate a 1965 court order mandating that the county’s schools integrate. Pitt County eventually won on appeal, where the court found that the school system had achieved integration “decades earlier.” Nevertheless, the eight years of litigation added up to more than $500,000 in legal fees, all charged to Pitt County taxpayers.

Another case brought by the Center claimed that Brunswick County was guilty of “environmental racism.” Residents of a predominantly black neighborhood protested a proposal for a landfill to be built close to their community, claiming it represented institutional racism. That dispute was settled out of court at a cost of $155,000 to the county.

Chapel Hill’s Center for Civil Rights also has worked with the U.S. Department of Education’s Office for Civil Rights (OCR) to compel school systems to conform to the Center’s progressive conception of racial inclusion. Since 2010, for example, the Center has helped parent groups file three complaints with the OCR against the Wake County Public School System over a student assignment plan it claimed was insufficiently racially inclusive.

The Center’s prolonged legal battles have pressured school systems into adopting policies that align with its progressive bent, sometimes at significant cost. For example, the Center successfully aided parent groups in their effort to reopen two schools in the Halifax school system, claiming the subsequent reassignment of hundreds of students created a burdensome disruption for them and their parents. The school system acquiesced despite the fact that, according to the N.C. Department of Instruction, the school buildings were severely under code and would cost between $1 million and $2 million to renovate.

Additionally, the Center has, over the years, brought claims against the Halifax county government and has pressured school systems of Beaufort, Orange, Moore, and Mecklenburg counties. Though the targets of the Center’s legal activism vary, the Center’s overall aim has remained the same: to force public entities to adopt a liberal stance on any social issues that may arise. Indeed, the Center openly touts its “progressive,” social justice mission on its website.

UNC-Chapel Hill’s recent review of the Center tries to downplay the role of the University in supporting this mission, making a point to note that the Center is fully funded through the charity of outside sponsors. But such claims are misleading: the Center’s staff members are paid employees of the university; it has ready, cheap access to UNC-Chapel Hill’s law school facilities, resources, and students; and it’s able to exploit having “UNC” in its title, which may help to give it greater clout in the legal community and raise more outside money.

And the Center’s reliance on such outside money likely comes with strings attached. For example, its key sponsors—which include Impact Fund, the George Soros-funded Open Society Foundation, the Z. Smith Reynolds Foundation, the N.C. Justice Center, and the Ford Foundation—have missions to advance progressive causes. In the eyes of those sponsors, it seems, the Center has had great success, as it won the 2015 “Defender of Justice” award from the N.C. Justice Center for its commitment to “impact litigation” in areas of social and economic justice.

But it should go without saying that academic centers and institutes, especially those at public universities, should not exist to promote partisan agendas of any kind, liberal or conservative. Of course, this isn’t to say that students and professors interested in doing the kind of work conducted by the Center for Civil Rights are not free to do so outside of the university context.

At any rate, the Center for Civil Rights, as constituted now, should be cause for concern for UNC system leaders and state policymakers. As a state-affiliated entity it essentially “earns its keep” by suing other state-affiliated entities. Its “impact litigation” clearly pushes a partisan agenda, all while exploiting the resources and prestige of UNC-Chapel Hill and causing North Carolina taxpayers to incur significant legal fees.

The purpose of UNC-Chapel Hill’s follow-up review was to address those problematic activities. But university officials opted instead to paint them in a rosy light. As such, it may be time for the UNC system’s Board of Governors to reopen its files on the Center for Civil Rights. Based on the public record and its own statements, the Center is a partisan organization, and therefore one that operates in violation of system rules and academic standards. Contrary to progressive critics’ claims, closing down such a center would not be an “ideological attack,” but rather an affirmation that, in public university settings, objectivity should predominate.