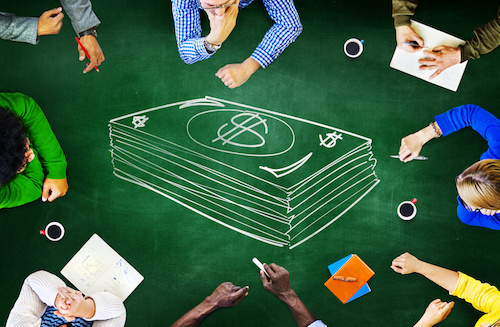 University foundations are at the forefront of schools’ fundraising, event planning, and publicity efforts. But the details of how these foundations operate—such as where they get their money and what it pays for—often are hidden from public view.

Many foundations are allowed to take advantage of their private non-profit status despite being considerably entangled with public universities. In North Carolina, for example, state oversight of university foundations is non-existent, leaving millions in taxpayer money free for foundations to spend without accountability.

The fact that public universities’ foundations often share employees, finances, and operations with their host schools has many observers worried about potential abuse of taxpayer money. And foundations’ recent track record in this regard has not inspired much confidence, with stories of waste and nepotism populating headlines in nearly every state.

To rein in these abuses, reformers have employed two principal measures. The first is to sue foundations for their records; the second is to change state law to subject them to open records statutes. Though both have advantages and drawbacks, evidence suggests that legislative action may be the best way to increase transparency.

Such transparency is sorely needed, especially since foundations play a significant role in university operations. For example, a typical foundation receives millions of dollars from its school to act as its fundraising arm. Such is the case with the University of Connecticut Foundation, which receives $7 million in taxpayer money through the university for fundraising.

Also, foundations frequently supplement the salaries of school officials, including presidents, athletic directors, and coaches. These bonuses can be quite lucrative—often to the tune of $30,000 or more. And foundations often employ high-profile university administrators on their own executive boards, and provide them with comfortable salaries to boot.

Foundations manage real estate and land development projects as well. UNC Chapel Hill’s foundation leases the highly-trafficked University Square property to the university. Other foundations exist as “charitable organizations” operating on behalf of the university—as does the Wolfpack Club at NC State, which funds athletic scholarship and some campus facilities.

But with little to no accountability, there are many opportunities to spend foundation money in an unethical or wasteful manner, or as a kickback for the well-connected. Indeed, public universities’ foundations are routinely criticized for mismanaging public funds. Some have been investigated for questionable financial dealings and even instances of graft.

For example, a 2009 investigation into the Sonoma State University Academic Foundation revealed that the foundation had made unorthodox loans to members of its own board—including a $1.25 million loan that was unable to be repaid. And the University of Central Florida Foundation was mired in controversy after records showed over $600,000 in questionable travel expenses in 2016 alone.

Unfortunately, even in light of these scandals, only a handful of states have enacted measures to better govern university foundations. And those laws have had mixed results.

For example, two states—Georgia and Minnesota—mandate that foundations’ donor information—such as names, dollar amounts, etc.—be made public. While this provides some transparency, the majority of foundations’ operations can remain undisclosed.

Three other states—California, Colorado, and Connecticut—stipulate that foundations are subject to the same open records laws as public agencies, but stop short of declaring them as such. As for the California law, it does not specify any reporting procedures or guidelines, allowing foundations to report as much or as little as they would like.

Moreover, passing these laws has generally required appeasing a lobby of higher education officials, something that may have compromised the laws’ overall effectiveness. It also should be noted that no states have laws regulating how foundations can spend money—allowing for potential waste and corruption even though other transparency measures may be in place.

Understanding those drawbacks, some have looked instead to the courts to shed light on foundation records. This approach has some notable advantages over the legislative route. One is that court decisions tend to arrive faster than legislative change. And whistleblower lawsuits have a strong track record, with rulings bringing transparency to the operations of dozens of foundations across several states.

But success is not guaranteed when bringing foundations to court. Indiana, Louisiana, and West Virginia courts sided with the organizations in recent lawsuits. And even a favorable ruling does not necessarily set a precedent, since decisions often are made on a case-by-case basis and based on an individual organization’s level of entanglement with its university.

In other words, there are no perfect methods to reform university foundations. But if reformers were to follow one model, they might look to Nevada. The Silver State is the only state that stipulates that university foundations are public agencies, meaning nearly every aspect of a foundation’s operations must be made public. This also means that foundation employees are state employees, and hence subject to the state’s open records laws, too.

Prudent stewardship of public funds and above-board financial dealings should be the goal of every university and foundation. State legislatures have power to regulate the use of state funds; they should ensure public university foundations use those funds scrupulously.

Reformers, however, should not think that there is a wrong way to implement transparency measures. They should continue to seek all means available to them to promote openness and restore public accountability to these organizations.