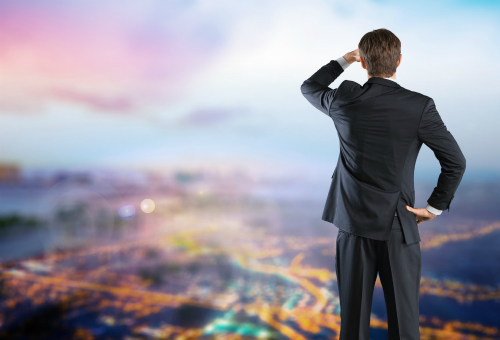 Among the duties of a university’s board of trustees, there is perhaps no bigger responsibility than helping to select the leader of the campus—the chancellor/president. Such an important responsibility requires diligence and a deep understanding of the needs and culture of the university. Many boards, however, have become increasingly reliant on private search firms to conduct their upper-level hiring processes.

This trend toward outsourcing hiring responsibilities has in some cases been problematic. It has caused the executive search process, which in North Carolina was already shrouded in secrecy, to be further removed from public oversight. It also has increased university expenses. According to new research presented at the American Association of University Professors’ annual conference, those expenses often outweigh the benefits.

The research, presented by George Mason University professor James Finkelstein, examined 61 searches for high-level administrators (chancellors/presidents and provosts) during the 2015-16 academic year. That represents more than half of the 112 high-level searches that occurred that year at both public community colleges and public 4-year colleges. Fees averaged $53,536 at two-year institutions and $101,607 at four-year institutions, not including additional expenses, which can reach up to $30,000.

One might think search firms justify their high fees by aggressively vetting every top candidate, but that’s rarely the case. Finkelstein’s report found that only 64 percent of contracts included screening candidates in the basic fee. Only 51 percent of contracts covered reference checks; 23 percent included a degree check; and just 10 percent stipulated background checks. Some firms offered these services at additional cost, but for many schools, they simply weren’t available.

According to David McCord, a psychology professor and faculty senate member at Western Carolina University, there is a strong consensus, at least among his peers, that outsourcing faculty searches is unnecessary. “It’s understandable with high-level searches, but I’ve never heard a faculty member say they didn’t have time to conduct the search for academic positions,” he said in a recent Pope Center interview.

Whether the outsourcing for the high-level searches is “understandable” is certainly debatable, especially considering the steep price tags universities have seen in recent years. For example, in 2010, UNC-Wilmington spent $100,000 to hire Parker Search Firm to find its next chancellor. And between 2013 and 2015, UNC-Chapel Hill spent $840,000 on searches to fill seven different positions, including the chancellorship now held by Carol Folt.

Nevertheless, supporters of the current system claim that search firms, given their expertise, will help to prevent controversies and ensure that only the best of the best are hired. Recent examples from North Carolina, however, tell a different story.

In 2013, North Carolina Central University hired Deborah Saunders-White as its chancellor with the help of the Witt/Kiefer search firm. Last year, three lawsuits were filed against Dr. Saunders-White. All three suits accused her of racial discrimination. One suit additionally accused Saunders-White of using university funds for personal benefits such as meals and entertainment. So far, one case has been settled for $175,000.

And in 2014, Elizabeth City State University hired Stacey Franklin Jones as its chancellor with the help of the Hollins Group. She served for 14 months before abruptly resigning; audits found that she had made a series of legally questionable spending and hiring choices. Before coming to ECSU, Jones had only two previous appointments in university leadership positions. One was as the provost of Bowie State University, where she caused controversy by demoting and dismissing staff and faculty without due process. The other was as senior vice president at Benedict College, where she had a hand in enforcing a controversial grading policy that, according to some faculty, violated academic freedom. Despite this less-than-stellar record, Jones beat out 70 other candidates to get the job.

Perhaps the Hollins Group failed to uncover Jones’s past. But that’s hard to believe considering that the Pope Center’s director of policy analysis, Jay Schalin, uncovered her controversies in 2014 “using an advanced investigative tool known as ‘Google.’” Or maybe the Hollins Group’s contract didn’t require background checks. Or worse, maybe the Hollins Group told ECSU about Jones’s questionable past, and that information was disregarded. All of these scenarios are troubling, but it’s difficult to know what really happened because the process lacks transparency.

According to Dr. McCord, faculty members are uniformly disappointed in the opaque nature of the searches. “I understand the need to maintain a certain amount of confidentiality,” said McCord, “But at some point, the public should be made aware of the finalists for a chancellor position.” McCord said that faculty had no involvement in the hiring process for current WCU Chancellor David Belcher: “Fortunately, the trustees know the institution well enough that they made a terrific decision. But this is not normally true; our situation was unique.”

Even if using search firms for chancellor hires is sometimes the best option, as McCord suggests, universities must be cautious about creating bad incentives. That’s because, according to Finkelstein’s report, about 14 percent of firms offer contract negotiation services; Finkelstein told Inside Higher Ed that he is concerned about the potential conflict of interest presented by a firm having a hand in the negotiation of a candidate’s salary and then calculating its fee based on that salary.

Perhaps more troubling, the report found that more than half of the contracts between search firms and universities were written by the firms themselves, meaning that trustees aren’t dictating the process.

According to the American Council of Trustees and Alumni (ACTA), boards should dictate the entire process, even when using search firms. ACTA detailed the ideal executive search process in its 2004 report Selecting a New President: What to Do Before You Hire a Search Firm.

While the report finds some benefits to using search firms, it also points out that they “are often so wedded to the status quo in higher education that they actively resist the board’s efforts to broaden the pool of candidates.” Unfortunately, it appears that trustees often consider which search firm to select without considering whether they should use a firm at all.

The UNC system policy on chancellor searches stipulates that the process “requires the participation, involvement, and collaboration of the board of trustees of the constituent institution, the chancellor search committee, the president, and the Board of Governors.” The search committee—made up of trustees, other campus stakeholders, and a non-voting member of the Board of Governors—conducts the majority of the actual search.

It’s understandable that campus search committees are eager to outsource the more tedious parts of the process, which can be time and labor intensive. But according to UNC policy, the system’s General Administration should be providing that assistance. The policy states that GA will provide “qualified professional and administrative staff with expertise in supporting and managing searches for chancellors and other senior academic and administrative officers.”

In other words, with such available help, it should be unnecessary for universities to spend large sums of money on private firms. But it’s unclear what support is actually provided by the GA. Transparency is lacking.

Ultimately, the UNC system president and the Board of Governors sign off on all chancellor hires, and play a major role once a campus search committee has selected its final three candidates. If trustees and general administration bureaucrats are shirking their duties and improperly delegating authority to outside entities, which seems to be the case now, then the president and governors should intervene and demand that campus leaders take ownership of the hiring process.