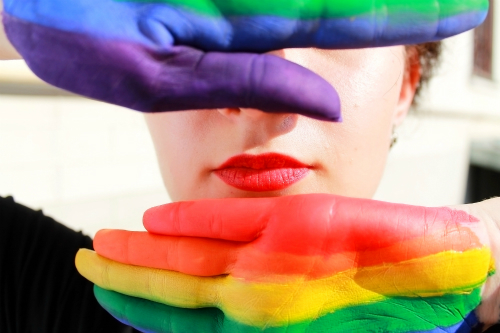 It took less than a week into the 2016-2017 academic year for several outrageous stories to surface on college campuses.

At the University of Texas at Austin, thousands of students protested the state’s new campus carry law by wielding sex toys in a campaign called “Cocks Not Glocks.” The University of Wisconsin-Milwaukee told students that using the term “political correctness” is a microaggression. And in North Carolina, Appalachian State University prominently placed a bulletin board on campus denouncing white, male, able-bodied “privilege” in its student body.

While those cases may have overwhelmed some new students, for many others such extremism on campus had already been normalized. That’s because each year, incoming freshmen are inundated with similar politicization and rhetoric during new student orientations and welcome week celebrations. Examples from some of North Carolina’s public universities help to illustrate the depth of the problem.

At UNC-Asheville, students are required to attend a session titled “Multicultural Awareness with Multicultural Student Programs.” Students then take a 10-minute “comfort break,” presumably a necessity after the mental anguish incurred in the session.

At UNC-Chapel Hill students participate in a session entitled “Exploring Our Stories.” The session description explains that:

Interactive Theatre Carolina will lead a workshop that will invoke thought and conversation about our personal identities and how they intersect. You will be participating and sharing in reflective conversation regarding the diversity of experiences and perspectives.

During orientation, first-year students are even encouraged to seek self-segregated living arrangements on campus. At UNC-Chapel Hill, Living Learning residence halls are designated for students who want to be surrounded by like-minded individuals. These halls include “Pride Place,” which is restricted to LGBTQ students and their allies, and “Unitas,” a house that “actively works to challenge stereotypes and prejudice based on identities such as gender, race, nationality, religion and sexual orientation.”

(Similar living arrangements at other universities have sparked controversy. The University of Connecticut was accused of racial discrimination after announcing that a new “ScHOLA2RS” residence community would provide living space only for students who identify as African-American males.)

Students’ assimilation into campus culture—and campus politics—described above doesn’t end with orientation. It continues during the week before classes start, commonly referred to as Week of Welcome. This week is intended to help students acclimate to their new living arrangements and provide an introduction to campus life, but it’s often used to inculcate a social justice worldview.

North Carolina State University’s “Wolf Pack Welcome Week” features signature events such as Respect the Pack. At this event, students make a vow to dedicate themselves to increasing “diversity” and “inclusion” on campus. In a video from the event, students explain that they “respect the Pack” by correcting microaggressions, promoting cultural competency, respecting others’ gender identity, and not “appropriating” others’ cultures.

During this year’s event, NC State Chancellor Randy Woodson told students, “You are all here to pursue your dreams. And you deserve to do that in a safe and welcoming environment.”

Unfortunately, at some universities promoting such “safe and welcoming” environments and “progressive” thinking seems to be second only to coddling students academically.

At Elizabeth City State University, for example, students are required to take a year-long course titled “Freshman Seminar” that teaches “time management skills, test-taking strategies, academic rules and regulations, and a variety of other skills…to enhance the transition from high school to college.”

Most universities across the country only require these courses for students deemed underprepared or at risk of failure. But many North Carolina universities require all students to take them. As a result, universities are forcing students to pay for classes that they may not need and frustrating those who would otherwise excel in a more demanding academic environment.

Besides, the “soft skills” that these orientation courses are supposed to impart should come from general education curricula, not fluff classes that promise an easy “A.” If universities took more seriously their duty to craft structured and rigorous general education programs, there would be no need for these additional freshman-specific courses. And if they raised their academic standards and refused to admit underprepared students, the problems that the courses are intended to address would go away altogether.

While cases involving indoctrination and academic handholding—already front and center in the new year—are cause for concern, some universities have taken the high road, and should be emulated. The University of Chicago, for instance, recently welcomed students to campus with a letter reaffirming its support for a free and open marketplace of ideas. The letter read:

Our commitment to academic freedom means that we do not support so called ‘trigger warnings,’ we do not cancel invited speakers because their topics might prove controversial, and we do not condone the creation of intellectual ‘safe spaces’ where individuals can retreat from ideas and perspectives at odds with their own.

Kudos to the University of Chicago. Too many universities are subtly and not-so-subtly teaching students to view the world through a narrow ideological lens. Meanwhile, they are pampering students academically, thereby instilling a weak work ethic in a millennial generation that desperately needs just the opposite.

Students would be better served by a freshman experience that focuses more on communicating respect for free speech, intellectual diversity, and academic rigor than on encouraging social justice zealotry, or work habits that lead to feelings of entitlement.