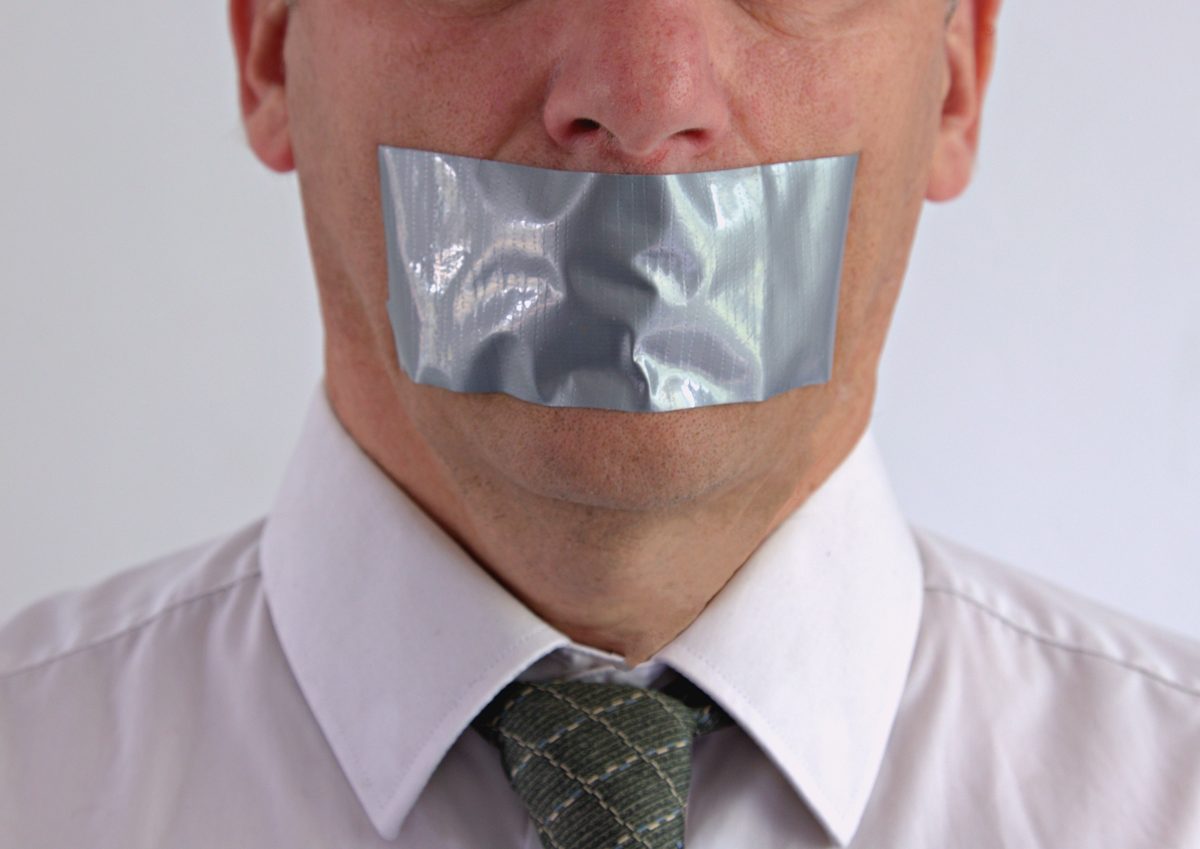 Public educational institutions are constitutionally forbidden to retaliate against faculty members because of their speech. A professor can’t be fired, demoted, or otherwise penalized just because he or she has said something that bothers administrators.

There have been numerous cases fought on that issue, and freedom of speech always comes out on top. One might think that school officials would learn from that, but they seem strangely obtuse about the legal ramifications whenever they want to go after someone who has gotten their goat.

Two such cases have recently been resolved, and a new one has just arisen here in North Carolina.

A case that began in 2014 involved Auburn University economics professor Michael Stern. Stern criticized the Auburn administration for the way it coddled star athletes, especially by creating easy majors that would help keep their grades up. The Auburn administration took umbrage at Stern’s attacks on the university’s lack of academic integrity. He didn’t just get a tongue-lashing, however—he was demoted from his departmental chairmanship and harassed by Auburn officials. (More details can be found in this Martin Center article.)

A professor can’t be fired just because he has said something that bothers administrators.Stern sued over his treatment.

His case ended in November when the jury awarded him $645,837 in damages. As we read here, the jury concluded that “Stern’s statements about the alleged clustering of student athletes in the Public Administration major were a motivating factor in Dr. Airstrup’s decision to remove Dr. Stern as chair of the department of economics.” It also concluded that Airstrup acted “with malice or reckless indifference to Stern’s federally protected rights.”

Commenting here on the outcome of the case, law professor Jonathan Turley called the verdict “a substantial victory for free speech.” He also emphasized that the jury sent Auburn a strong message with its award of $500,000 in punitive damages.

Another faculty free-speech case that ended in 2022 was Hiers v. University of North Texas. That case began in 2019 when Nathaniel Hiers, an adjunct math professor, had the temerity to joke about a program the university was hosting devoted to the alleged problem of “microaggressions.” A stack of flyers advertising the talk had been left in the faculty lounge near a white board, and Hiers wrote on the board “Someone forgot to take out the trash” and drew an arrow pointing at the stack.

The chairman of the math department later saw the writing and did not find it amusing. In fact, he went ballistic, demanding to know who had done the awful deed. Hiers confessed, and the chairman declared that his conduct was contrary to the “values” of the department and terminated him. (I wrote about this case for the Martin Center here.)

Hiers sued over his treatment.

The University of North Texas waged a futile legal battle defending its retaliation against Hiers for daring to mock a leftist obsession, but lost. After the trial court ruled against its motion to dismiss, and probably thinking that a Texas jury might side strongly with the plaintiff, UNT decided to settle. It agreed to pay Hiers $165,000. By agreeing to settle, the UNT administration avoided the probability of punitive damages, but nevertheless the taxpayers of the state were out a substantial amount because of the “woke” intolerance of the math department’s chairman.

Taxpayers were out a substantial amount because of “woke” intolerance.The resolutions of the Stern and Hiers cases ought to have an impact on a similar case that was just filed in Wake County, North Carolina, Phillips v. North Carolina Department of Public Instruction. The case involves the termination of a veteran English professor, David Phillips, at the North Carolina Governor’s School.

Founded in 1963, the Governor’s School is designed as a summer enrichment program for gifted and talented high-school students. It is supposed to broaden their intellectual horizons, sharpen their thinking, and provide them with the mental toolkit that will enable them to best engage with the world.

The plaintiff in the case, David Phillips, attended the School in 1995. After his college years (culminating in a Ph.D. in comparative literature from UNC), Phillips was hired by the School to teach English in 2013. He was popular with the students, and his performance reviews were excellent.

Phillips taught English courses and also regularly gave what are called “optional seminars” after the end of the regular school day. Optional seminars are lecture and discussion sessions where faculty members are free to talk about topics about which they are passionate. The topics are entirely left to the discretion of the faculty. Until 2021, Phillips had conducted many of these seminars without incident.

Over a span of several years, Phillips had complained to his superiors that the School’s curriculum was being overrun with leftist ideology, that student selection was increasingly focused more on political beliefs than on academic achievement, and that willingness to rationally discuss viewpoints differing from “progressivism” was being replaced by intolerance. His superiors did nothing to address those concerns.

Phillips had also written to his superiors to express his dismay over what he termed a “surveillance/snitch culture” on campus, where students were encouraged to complain whenever they were exposed to arguments they disagreed with. But that state of affairs got worse, not better.

In late June 2021, Phillips gave three optional seminars that proved to be highly controversial. In each, he argued that various “progressive” beliefs were erroneous. In one, he critiqued the idea of “microaggressions” and that certain people are inherently “privileged” or “oppressed” because of their immutable characteristics. In another, he argued against suppressing speech merely because it might offend some listener. In the third, he criticized the increasing intellectual monoculture in higher education.

Phillips critiqued the idea that certain people are inherently “privileged” or “oppressed.”Those seminars provoked unprecedented hostility—both from students and from fellow faculty members and administrators. Ordinarily, the latter don’t attend seminars but did in these cases, often voicing their opposition in abrasive terms, such as “That’s just what white men think.” Phillips nevertheless answered all questions and counter-arguments calmly.

The day after the third seminar, June 29, 2021, Phillips was notified that his employment with the School was immediately terminated. He was told to get his belongings and leave the campus by the end of the day. When he asked the official why he was being fired, the official said that he couldn’t discuss it.

Crucially, the School has personnel policies in place requiring that faculty members be notified of allegations against them and be given a fair opportunity to respond. The administration followed none of its policies in the termination of Phillips.

The evidence clearly shows that Phillips was fired simply because the top administrators wanted to be rid of a faculty member whose views clashed with theirs. Under the Free Speech and Free Press Clause of North Carolina’s Constitution, public officials may not restrain citizens in their exercise of free speech, but that is just what the administrators of the Governor’s School have done.

Phillips is asking for reinstatement to his teaching position; back pay; compensatory damages for pain and suffering, emotional distress, and reputational harm; and reasonable attorney’s fees. He also wants the court to enjoin School officials from further violating his constitutional rights.

The question now is how the Department of Public Instruction will respond. A lawyer well versed in cases where educational institutions have retaliated against faculty members who have voiced unpopular opinions might advise a quick settlement.