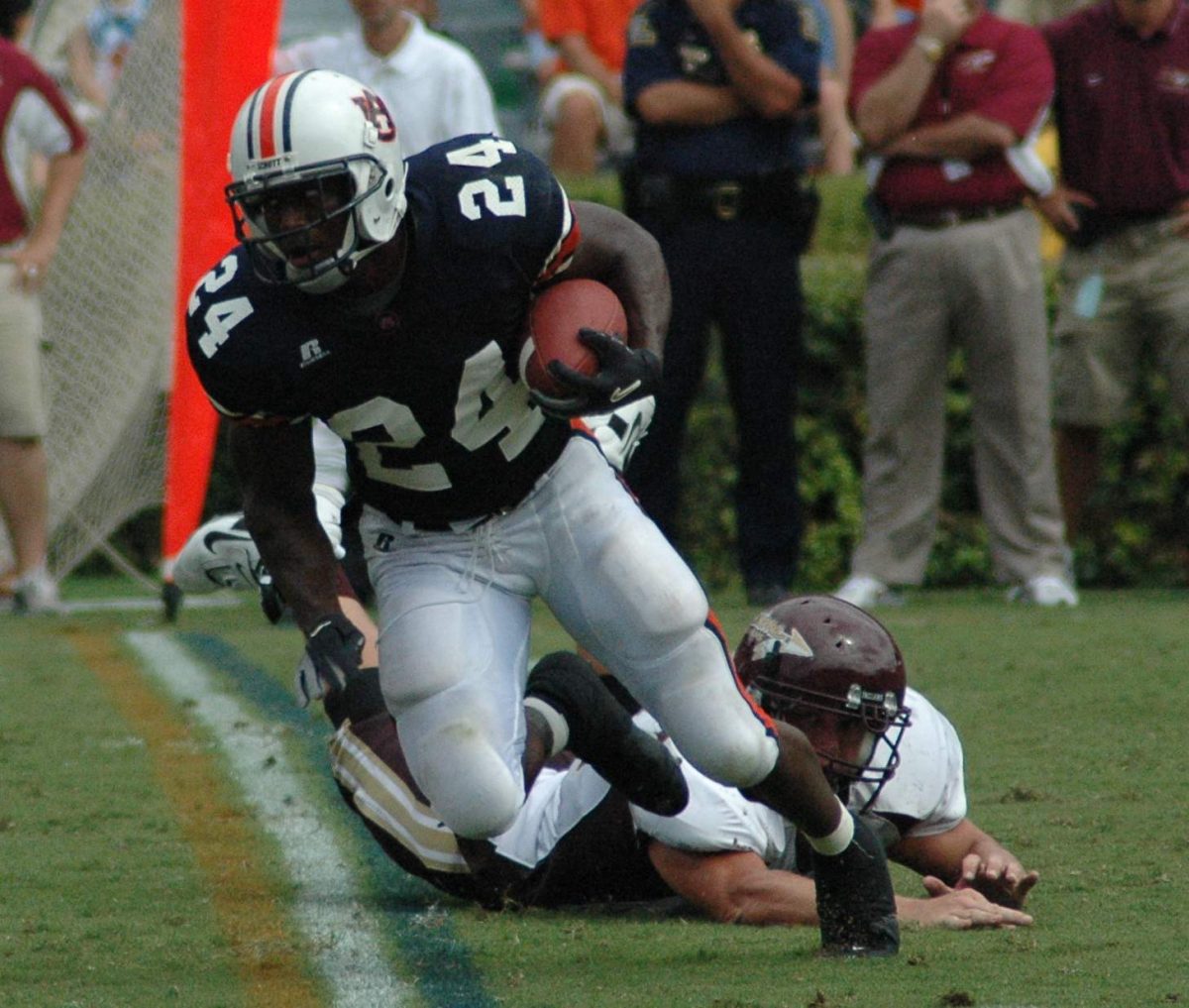 Remember the huge University of North Carolina athletics scandal, whereby the university’s athletics department managed to arrange for star football and basketball players to get preferential treatment to such an extent that many graduated with college educations in name only? That scandal began to break in 2010 and hit with full force for the next several years.

The scandal cost UNC about $18 million, including hefty bills for outside legal work and a public relations firm, as we read in this News & Observer story from last March.

Even though UNC managed to escape without any accreditation sanctions or punishment from the NCAA, you might think that such a scandal would cause other universities that are football and basketball heavyweights to play it straight, which is to say, to avoid every possible appearance of rigging the system so that big-time athletes can remain eligible to play even if they learn very little.

But if you think so, you don’t know how powerful the “win no matter what” mentality is. Just a few hundred miles from Chapel Hill is another university that lets the athletics department have its way—Auburn.

Competing in the storied Southeastern Conference, Auburn University (located in Auburn, Alabama) has many great wins to its credit on the gridiron and, to a lesser extent, the basketball court. The rivalry with the University of Alabama is as intense as any in college sports. Winning is an obsession and a Chronicle of Higher Education article from February by Jack Stripling shows how it dominates the administration. (The article appears in the February 23 edition and is subscribers-only content, so I will quote from it at length.)

Here’s how the story unfolded.

In 2013, the university’s student data showed that half of the students majoring in public administration (PA) were athletes. That clustering was very suspicious, apparently indicating either that student-athletes had figured out that public administration was an easy major or were being steered there by officials who knew they would maximize their chances of remaining academically eligible to play. Both are more plausible reasons than believing that so many players were interested in governmental careers.

Stripling wrote, “Rather than question how this might have happened, the university’s provost instead offered a plan: Create more programs like it.” Having too many athletes in one program, provost Tim Boosinger understood, would look suspicious. Therefore, the university should offer more majors with “flexible requirements” so that the athletes would no longer need to herd into public administration. Auburn officials began to discuss “the creation of new majors that would best serve a small but high-profile segment of the student body,” which is to say, football and basketball players.

That kicked off an inter-university fight that is on-going.

Just as there were a few faculty and administrators who were eager to help field the best football and basketball teams at UNC, so too at Auburn. Foremost among them was accounting professor Gary Waters, who for several years served as the faculty’s athletics representative and in 2011 joined the athletics department itself as senior associate athletics director for academic services.

When Waters joined the athletics department, only six football players were majoring in PA, but that number quadrupled during his first year there. And when questions started to be asked about it, Stripling wrote, “Waters described the program’s proposed elimination in desperate terms.”

Waters began a crusade to save the PA major that he even went so far as to suggest to the University Senate’s Academic Program Review Committee that the athletics department might be willing to “make an investment on the academic side of the university” if public administration could be preserved. Apparently, that wouldn’t have been the first time in Auburn history that athletics had tried to buy off “the academic side,” but Waters made it clear that he did not want the Program Review Committee to discuss the offer openly.

Waters could not, however, prevent the review team of three professors who had been tasked with providing an analysis of the PA major. That committee concluded in 2012 that the major added little value to students once they entered the job market. Fearing that PA was living on borrowed time, Waters and the athletic department hurried to pack even more players into PA so that, as he told athletics director Jay Jacobs, “any students who are in the program when it closes will be able to finish their degrees.”

More players then herded into PA, reaching its conspicuous 2013 peak.

One member of the Auburn faculty who noticed that was professor Michael Stern, chairman of the economics department. In a University Senate meeting in 2014, he questioned a report by the new faculty athletics representative stating that athletes were not clustering in PA or other majors. For having touched that nerve, Stern was attacked by dean Joseph Aistrup, who wanted to retain PA. Aistrup called Stern undiplomatic, accused him of “trying to beat up on athletic advisors,” and recommended that he apologize.

In 2015, provost Boosinger announced that the university would continue PA and that caused Stern to obtain (through a public records request) all of the correspondence about the decision. He intended to bring the matter up in a University Senate meeting, but the steering committee refused to give him any time on the agenda. Therefore, he leaked all the information to the Wall Street Journal. That led to an August 28th article by reporter Ben Cohen about the furor. In it, Cohen quotes Stern as saying that at Auburn, athletics is so powerful that it “operates like a second university.”

After that article was published, provost Boosinger emailed the faculty to state that he had “closely examined the facts of this matter” and concluded that there was “no basis for a claim of impropriety.” It was merely a “boring story” best forgotten about.

Subsequently, however, Boosinger appointed a committee to look into athletes “clustering” into certain programs. Stripling reported,

The group did not talk to academic advisers, professors in public administration, or athletes in the major. Instead, the committee assessed whether athletes had been steered toward public administration by interviewing Waters…(who) told the committee that athletes were not formally steered toward the program, but offered that they might have influenced one another independent of any formal guidance.

You would think that in a self-respecting educational institution, the faculty would be able to read, analyze, and comment on such a study relating to an academic matter. But the faculty was not given such an opportunity. The committee’s report was only for the provost.

And even though Auburn’s athletics department got its way, the confrontation continued to simmer. Professor Stern was targeted with various retaliatory acts for his whistle-blowing efforts, especially dean Aistrup’s attempt to have him replaced as chairman. Stern told Stripling, “What they have done to me is necessary to keep people in line, or you will have other people who will speak out.”

UNC got caught at its athletics cheating, but Auburn seems to have pulled off a successful cover-up. There is little doubt that, as we enter a new football season, many of its players will be getting an “education” designed mainly to ensure that they remain eligible to play.