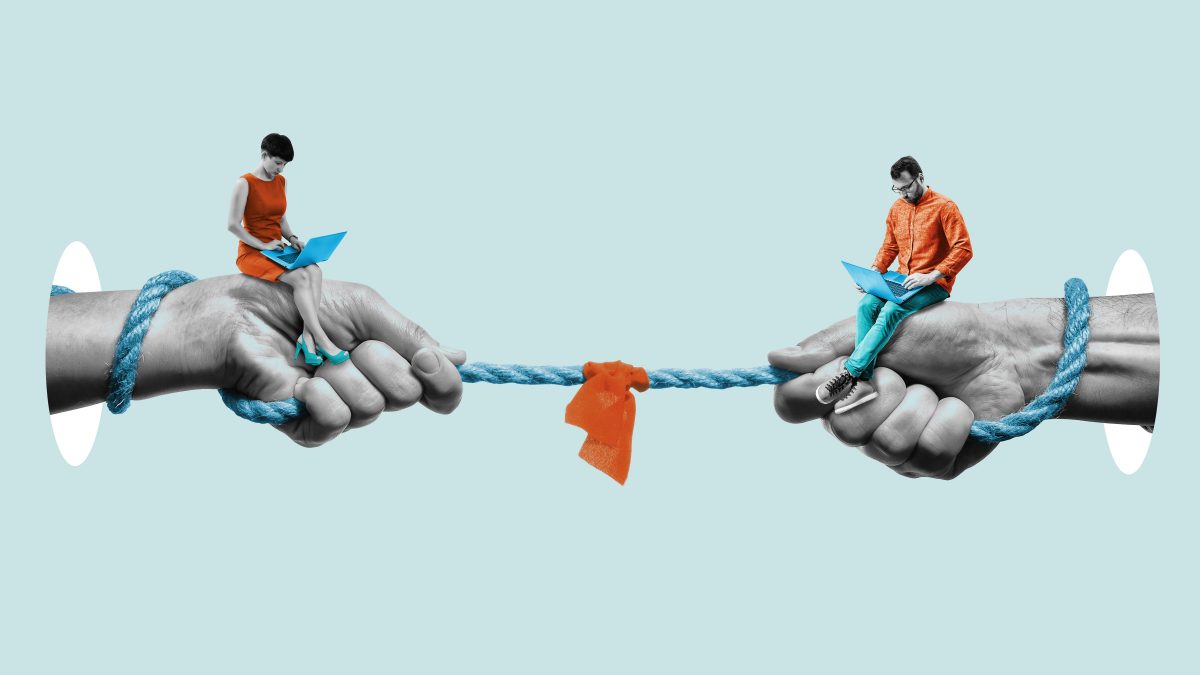 Our society is headed toward the dystopian future we were warned about in works of literature such as The Giver by Lois Lowry and “Harrison Bergeron” by Kurt Vonnegut. People are no longer encouraged to excel. Instead of celebrating an individual’s choices, skills, and work ethic, we are trying to make everyone the same—thereby making everyone average. The political left has decided that all of the problems people experience are simply a result of racism and/or sexism. Rarely has this been more evident than in the recent report from Georgetown Law’s Center on Poverty and Inequality, titled “From Exclusion to Opportunity: The Role of Postsecondary Education in Labor Force Segregation & Recommendations for Action.”

This 80-page report drones on about the “segregation” of academic majors along the lines of race and sex. It blames both societal forces and the universities themselves. The answer to these perceived problems? Make every field of study affordable, inclusive, and supportive, while pursuing “equitable outcomes.” This sounds harmless enough, but only if one ignores the fact that flagrant social engineering by our alleged superiors fails nearly every time it’s tried.

The report is rich with a variety of ridiculous examples of a leftist agenda at work. Nevertheless, page 16 is particularly absurd. There, a figure illustrates the sex-segregated fields of computer science, engineering, education, and health care and displays what “hypothetically integrated” fields of study would look like, with an identical percentage of men and women in each category. 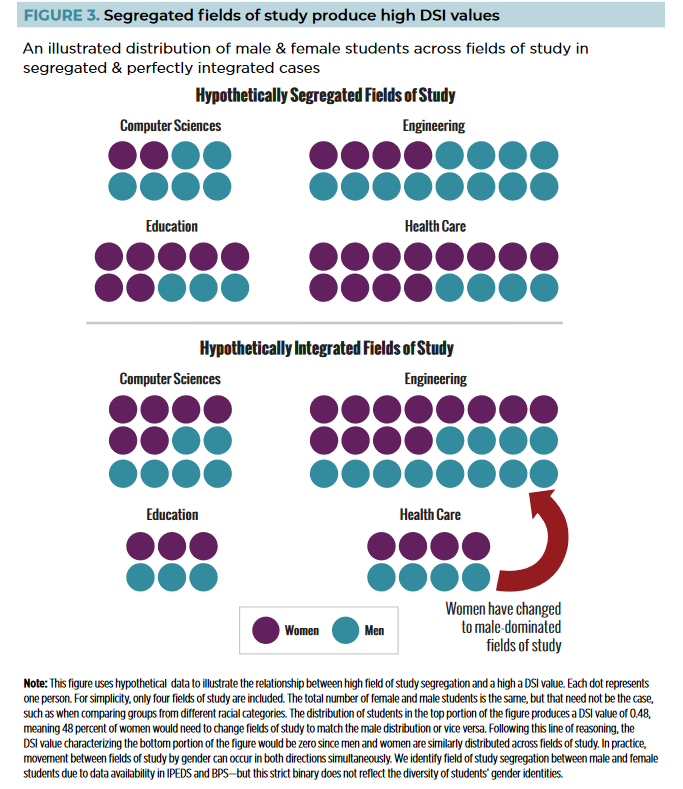 The reader will immediately notice two things. First, in the footnote of the figure, the authors apologize for using a strict gender binary that fails to honor “the diversity of students’ gender identities.” This is not consistent logic: Either there aren’t enough women in engineering and computer science majors, or there exists such a plethora of gender-identity diversity that “binary”-based sex-segregation claims are meaningless. This report tries to have it both ways.

The report lays out its goal clearly: exact equality of outcome in every aspect of college (and, therefore, in the lives of students after college). The authors simply cannot accept that differences in academic major enrollment between men and women may be due to variances in interest and ability. Men and women are different and have (on average) different skill sets. Schools should try to inspire students to go with their strengths and natural interests and excel at the subjects they have set out to study.

Incoming freshmen would be better served if they were properly informed about the importance of their choice of major. The report is correct about one thing: One’s choice of major has important implications for one’s future. Students who graduate with majors that are not in demand may struggle to find jobs. But this is true for all students, not just women and people of color.

Grace Hall is a communications assistant at the James G. Martin Center for Academic Renewal. She works and lives in Georgia.

Solving the “Problem” of Sex-Segregation by Academic Major