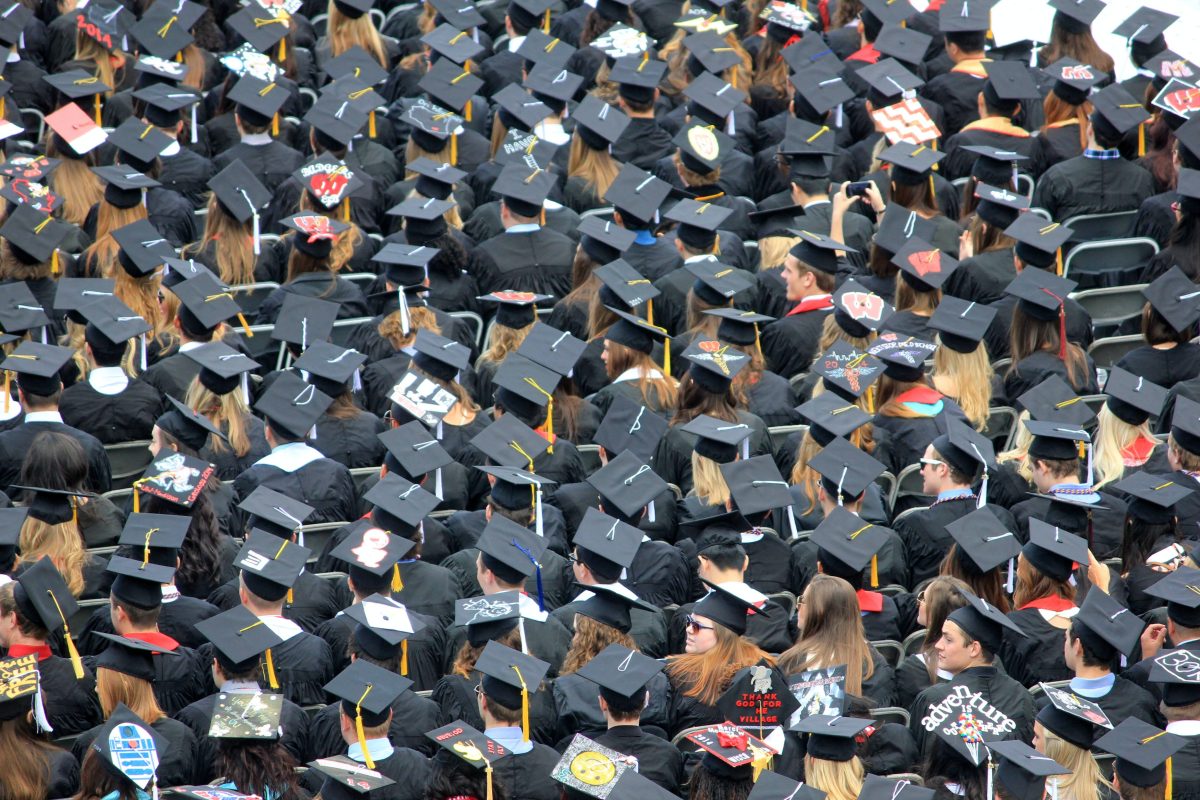 American higher education is a stunning success, but mostly for the people who work in it. Faculty members and administrators enjoy employment that pays pretty well and is more secure than jobs in most other fields. The working conditions are pleasant, and the perquisites are often alluring.

The purpose of colleges and universities, however, is not to provide a comfortable living for the faculty and staff but to educate students. In that regard, they have been doing worse and worse for the last 50 years. The cost of education (or at least of obtaining a degree) has risen enormously, while the value of the education for many students has perceptibly fallen—the opposite of what has happened in most other markets.

The purpose of colleges is not to provide a comfortable living for the faculty.That’s because the sellers of other goods and services have to put the interests of their customers first. Those who fail to do so are swiftly penalized in competition and driven out of the marketplace if they don’t adjust. But education, sadly, isn’t much of a competitive market.

In short, colleges and universities do not put their students first. That is the point of a recent book by Paul LeBlanc, president of the University of Southern New Hampshire. In Students First: Equity, Access, and Opportunity in Higher Education, LeBlanc explains why our higher-education system so badly underperforms and why we need an educational “ecosystem” in its place.

Before going into the book, it’s important to note that Paul LeBlanc cannot be dismissed as a “right-wing” critic who’s eager to tear down higher education. Besides serving as president of SNHU, he was an advisor to Under Secretary of Education Ted Mitchell during the Obama administration and is a member of NACIQI, the National Advisory Committee on Institutional Quality and Integrity. And the book (published by Harvard Education Press) is sprinkled with reminders that LeBlanc is a liberal in good standing.

Therefore, Students First might gain some traction. Our overwhelmingly progressive cadre of educational policymakers should recognize it as a sincere and well-supported case for change.

Here is LeBlanc’s argument in a nutshell: “Higher education as an industry is in many ways ill-suited to [the] new reality. It is too slow, too rigidly hierarchical and territorial, too hesitant to adopt new technologies and ways of doing things, too inefficient, and too focused on itself. We need a higher education ecosystem through which people will move in and out over the course of their careers and lives.”

Exactly what is wrong with higher education?

LeBlanc’s first big point is that it is structured around time rather than learning. College classes and degrees are built upon credit hours and semesters. That’s our tradition. The problem, LeBlanc understands, is that, for many students, those time constraints are a terrible obstacle. Many students have busy, complicated lives that make it difficult for them to fit classes in. The solution is to offer asynchronous learning opportunities.

There is good evidence that students do better at mastering the material and completing their courses when they are able to take things at their own pace. The way our educational institutions demand that things be done, at particular times and within certain time periods (“You have one hour to finish this test—begin NOW”), is convenient for the schools and their personnel but often bad for students.

Another systemic defect LeBlanc points out is grading. It’s not reliable because the people doing the grading (the profs) are interested parties. Often, they want to butter up the students in order to get good teaching evaluations. That’s why, LeBlanc observes, employers are so often disappointed in students who have apparently been stellar performers in their college courses. Grade inflation has made them look more capable than they really are.

That problem can be solved by separating teaching and evaluation, as Western Governors University has done.

LeBlanc also excoriates our accreditation system. He refers to it as “faith-based,” meaning that accreditors take it on faith that a school is all right as long as it has the right inputs: faculty with proper credentials, libraries with enough volumes, a mission statement, and so on. But we shouldn’t take it on faith that a school produces well-educated students just because an accrediting body has put its stamp of approval on it.

What we should want to see is evidence that students have mastered the material, but accreditors don’t do that. Moreover, accreditation standards inhibit existing schools from trying new approaches and block new schools with innovative programs from getting a foothold.

The sea change that LeBlanc hopes will happen is for schools to teach and assess competencies. They should teach, assess, and reward students for what they can do. How long it took them to learn it shouldn’t matter, nor where or how they learned.

LeBlanc goes so far as to say that almost every academic subject can be turned into an exercise in competency, where students demonstrate their capabilities. I’m not convinced of that. In economics, for example, understanding the pros and cons of trade restrictions isn’t a matter of doing anything—it’s a matter of showing comprehension in a paper or an exam. But that doesn’t really matter. There are plenty of fields where the student’s objective is to develop and then demonstrate competencies. Where that isn’t the case, schools will stay with traditional methods.

What will it take to bring about this “new normal”? LeBlanc says that we need the government to liberalize the financial aid system so that experiments are allowed. That has happened before—for example, SNHU benefited from a special dispensation from the Education Department in 1998 to offer fully online degree programs—and he’d like to see more of it in the future.

That’s an appealing vision, but I fear that LeBlanc underestimates the ability of the educational status quo to fend off competition from new institutions and approaches. Bureaucratic regimes tend to change very slowly and are usually dominated by the concerns of existing entities.

Instead, what if we really liberalized the whole higher-education system? If the federal government got out of the business of financing and regulating postsecondary education, then there would be no obstacles to the creation of LeBlanc’s asynchronous, competency-based system. The only reason why we don’t have his “educational ecosystem” is that the government has gotten so deeply involved with higher education.

Many students want exactly the kind of competency training that LeBlanc writes about and that would be ideally suited, it seems to me, to financing through Income Share Agreements. Funders of ISAs would presumably see much less risk in paying for a student to learn a particular, marketable skill rather than getting a traditional B.A. If the government would clear away the regulatory clouds that hang over ISAs (as discussed in this Martin Center article by Jack Salmon), they might go a long way towards creating a system that truly puts students first.

The education market is so poor at satisfying many students because, since 1965, federal policy has subsidized traditional institutions and their degree programs while deterring innovation. A wide variety of student-friendly schools emphasizing the training that most people seek would certainly have emerged long ago but for federal aid and regulation.

Students First is an impassioned book that deserves a wide reading. I just don’t think the author goes far enough.