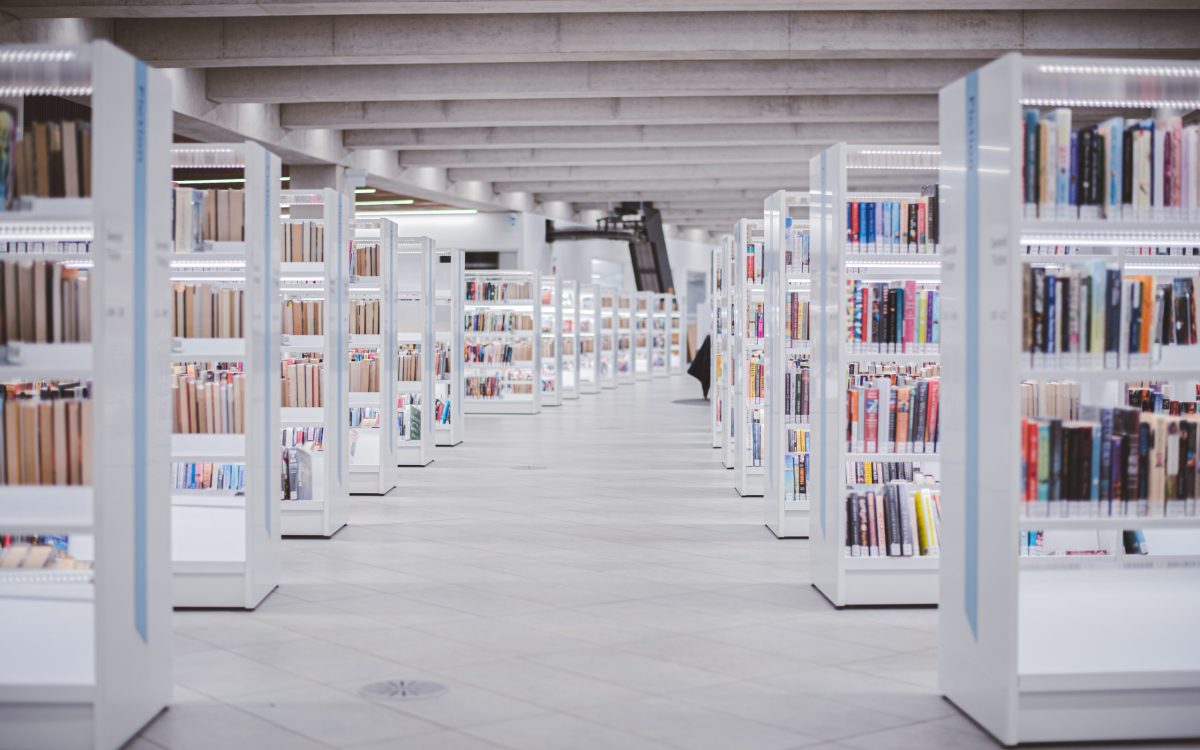 Here’s a business plan: Sell a product that …

The academic journal industry comprises hundreds of publishers, but just five control over half of the market: Reed-Elsevier (Netherlands), SAGE (US), Springer (Germany), Taylor & Francis (UK), and Wiley-Blackwell (UK).

For decades, academic publishers at least bore the considerable expense of compiling, printing, marketing, and mailing physical copies of journals. With digitalization, however, even that burden has diminished. Soon, academic publishing may approach a state of pure “economic rent”—selling a close-to-cost-free (for them) product that customers want and can buy nowhere else.

Academic publishers sell a close-to-cost-free (for them) product that customers want and can buy nowhere else.Profit margin is one of the more accessible indicators of a business’s “pricing power.” According to The Economist, Elsevier made $1.1 billion in profit in 2010, with a profit margin of 36 percent—higher than Apple’s or Google’s, and much higher than those of the most successful magazines (12 to 15 percent). Their margins exceeded 40 percent in 2013 and 2014. Wiley claimed a margin of 35 percent just last year.

To set these numbers in context, Sageworks annually ranks the top-ten most profitable industries. In one recent year, “Accounting, Tax Preparation, Bookkeeping, and Payroll Services” topped the list with a profit margin of 18.4 percent, a paltry return compared to what academic publishers achieve.

Of course, there’s nothing illegal about making profits (even extraordinarily large ones). It is, after all, what businesses are supposed to do. As one observer commented, matter-of-factly, “[Academic publishers] make money to benefit their shareholders or equity owners. Just like any other business. For some people, science is their religion. To others, it’s just business.”

[Scientists] are all slaves to publishers. What other industry receives its raw materials from its customers, gets those same customers to carry out the quality control of those materials, and then sells the same materials back to the customers at a vastly inflated price?

He also quotes Neal Young of the US National Institutes of Health (NIH):

If you control access to the scientific literature, it is, to all intents and purposes, like controlling science.

Are these complaints just sour grapes—jealousy that others have figured out how to make money from what scientists do? Or does publisher control really distort the scientific process?

Here are three of the more-often-mentioned arguments that publishers do indeed distort science.

The largest academic publishers—the oligopoly—package their products in bundles, much like US cable-TV providers do. Before streaming, the US cable-TV oligopoly also enjoyed a large, captive customer base that lacked competitive alternative products. In each location, cable TV could extract monopoly profits within regulatory limits that varied from place to place.

Academic publishers sell journals in bundles, packaging prestigious journals with others of lesser interest.Bundling further enriched providers through demand-side (i.e., value-based) pricing. If one was indifferent about what one watched on TV, the lowest-priced bundle of several dozen channels sufficed. If one was highly particular in one’s viewing habits, however, one needed to purchase more bundles.

Likewise, each academic publisher oligopolist sells access to its journals in bundles, packaging prestigious, trendsetting journals that universities must have (e.g., Nature, Cell) with many others of lesser interest. The result is that each large publisher has come to own look-alike journals across every niche field of study. Journal proliferation benefits publishers by creating more editors and editorial board members to lobby their campus libraries for subscriptions. It also produces mountains of poor-quality and seldom-read journal articles that fatten scholars’ CVs, but benefit no one else.

One may recognize a similar competitive strategy in the US defense industry. Equipment and service contractors scatter their offices and factories across as many congressional districts as possible, despite the decrease in production efficiency, so as to increase their presence in (and pressure on) Congress.

Even while academic publishers as a group have faced little competition, their journals certainly compete among themselves for attention and status. The more celebrated the scholar, the greater the interest in recruiting him or her to an editorial post.

In olden days, academic journals run by scientific societies served as repositories of research results: They were scientific archives rather than product-promotional businesses. Today, by contrast, editorial boards selected by profit-seeking publishers prefer new or provocative research findings that grab the attention of readers and journalists. This produces both “publication bias” and “p-hacking,” whereby publishers prefer positive results and scholars keep running statistical tests until they get them. Thusly, the scientific process runs backwards, with results determining the research hypotheses.

Profit-seeking publishers prefer research that grabs the attention of journalists.The inevitable result of the above tendencies is the current “replication crisis,” whereby the empirical results of a surprisingly large proportion of published articles cannot be replicated by independent scholars.

Many scholars feel trapped by the commercialization of academic publishing—their work stuck behind a paywall even when they manage to get it published. As in so many other aspects of life, however, workarounds tend to be more available for some than others. Higher-status, more celebrated scholars may receive funding from rich benefactors and foundations or positions within government-funded research centers. There, they can access their own publishing budgets and websites, where they and friendly colleagues can post publications that are available freely for all.

Unsurprisingly, journalists are more likely to publicize a think tank’s study—available at the click of a mouse—than that of an independent scholar, hidden behind a paywall. Think-tank research may also be more current if it bypasses the months- or years-long gauntlet of journal editorial review.

Of course, anti-oligopoly sentiment is not new, and neither are genuine efforts to wean science away from academic publishers. But such efforts may be getting more successful, for at least a few reasons.

Second, the oligopoly’s detractors have been learning, organizing, and developing alternatives over the years.

Third, information and communication technologies continue to evolve, and each innovation can change the power dynamic among industry players.

Yet there is also a political reality to be taken into account. In late August, the Biden Administration announced that, by 2026, almost all non-defense-related federal government–funded research must be made publicly available immediately upon project completion, eliminating the current 12-month optional embargo.

Some observers characterized the policy change as revolutionary. Instead, it represents yet another step in a long-unfolding, incremental process. It follows earlier federal government initiatives, at NIH in 2008 and by the Obama-Biden Administration in 2012. Moreover, it follows similar moves by governments or professional organizations in Germany, Sweden, Hungary, and Norway, as well as by international research consortia, and anticipates similar moves to come in East Asia.

The Biden “fix” may exacerbate inequality of information dissemination.Will the new federal policy fix the problems caused by academic publisher dominance? The US federal government sponsors a great deal of research, particularly in the “hard” sciences, but not all of it, nor even most in the United States. It is difficult to see how the new policy will discourage academic publisher bundling, and it may even exacerbate the inequality of information dissemination, favoring those scholars who are able to attract federal funding.

The Biden Administration’s decision, however, may help to blunt the positive skew of published research as, presumably, all research results will be made available, even those with negative results.

Are we nearing a tipping point, where the journal oligopoly’s business model is effectively challenged? Maybe, though not just because of President Biden’s August decision.

As professional dealmakers tell us, power in negotiations depends on one’s willingness to walk away. Until recently, academic publishers’ most important customers—university academic libraries—have not been willing to.

One of world’s largest university systems, the University of California, was paying Elsevier alone $11 million annually in subscription fees—25 percent of its total journal expenses. Desiring some changes before renewing its contract, UCal entered negotiations but ultimately reached an impasse. Attempting to bully the university into submission, Elsevier initiated the standard response, recruiting journal editors from throughout the UCal system to pressure their administration. It didn’t work.

In early 2019, instead of submitting to faculty pressure, the UCal negotiators walked away, ending their contract with the publisher of over 2,000 journals, including some of the world’s most prestigious. How could they get away with it? According to university librarian and negotiator Jeffrey MacKie-Mason,

If people want to read journal articles but can’t access them through Elsevier, we can help here at the library to gain access in other legal ways. It may take a few minutes to a few days longer to get the articles. In extreme cases, for a small fraction of the articles in demand, it might be necessary to purchase an article at a very high price from Elsevier.

Indeed, once journal articles take digital form, there may exist too many avenues of access for the oligopolists to police. They can sue one Sci-Hub; they cannot sue hundreds of sci-hubs scattered around the globe. With hundreds of countries now connected to the internet—and more than a few uninterested in, or incapable of, enforcing copyright law—pirates enjoy no shortage of “free ports.”

Some have asserted that the move away from print only fattens oligopoly profits, as it substantially reduces publisher expenses. But it also makes their product more fungible. According to Delta Think, the proportion of scholarly articles published in paid-for, open-access form rose from 7.9 percent in 2012 to 36 percent in 2020.