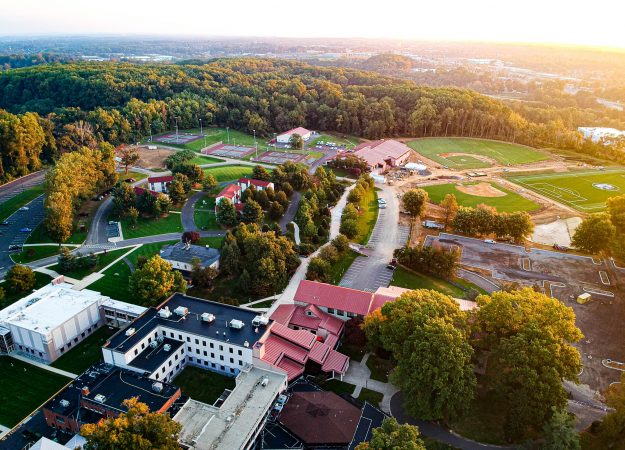 Just over one year ago, Cairn University, a small, private, Christian school in southeastern Pennsylvania, made a strategic institutional decision to eliminate its School of Social Work and all related degrees and programs, thus bringing to an end a 50-plus-year run. Closing what was a pioneering program with a long history and a sound reputation was not an easy decision, but it was a clear one. The Board of Trustees approved a recommendation from the administration to close the school based upon multiple factors. Among these were declining enrollment and an associated and growing disparity between revenue and expenses.

Also among the factors, however, were issues related to the program’s accrediting body, the Council on Social Work Education (CSWE). These issues concerned both CSWE’s specific requirements, standards, and criteria, and its trajectory on social and cultural issues. The university considered these measures to be an example of accreditation overreach and deemed CSWE’s requirements incompatible with the school’s religious and theological commitments.

The circumstances that led Cairn to eliminate a five-decade-old program are directly related to widespread accreditation improprieties.Cairn’s decision is an interesting case study for academic reformers on a number of fronts, ranging from religious liberty to alumni relations, operational analysis, decision-making, P.R., and communication strategies. Indeed, the dynamic facing many higher-ed institutions as they engage with overreaching accreditors is particularly relevant given the larger socio-political and cultural contexts. The circumstances that led Cairn University to eliminate a five-decade-old program (and weather a subsequent firestorm of public criticism) are directly related to widespread accreditation improprieties that are detrimental to institutions on numerous levels. They are worth examining.

Cairn’s analysis of its social-work program clearly demonstrated that enrollment had declined dramatically over a 10-year period. The Board of Trustees and the administration frequently discussed concerns with all struggling academic programs, with special emphasis on financial viability and available market-share given the institution’s mission and distinctives. While these may seem like issues rooted solely in institutional dynamics, they were exacerbated, in the case of the School of Social Work, by the accreditation-overreach dynamic.

Firstly, CSWE had mandated a student-to-faculty ratio of 20:1 for undergraduate programs, regardless of the financial burden on the university. In Cairn’s case, this meant that 42 students required three full-time faculty in order to be compliant. Bizarrely, these ratios did not allow for social-work faculty with under-enrolled courses to be shared with other departments. This meant in practice that Cairn had to break existing social-work courses into multiple sections, merely to maintain faculty members’ full-time teaching loads. The university’s hands in creative resource-management were effectively tied.

The student/faculty ratio for the Masters In Social Work (MSW) program, which Cairn had launched a year prior to the decision to close the school, were even more onerous. At that level, CSWE required a full-time faculty number that was totally unrelated to student enrollment. While the accreditor did permit the faculty requirement to be phased in over a number of years, it nevertheless demanded that the university eventually hire four additional full-time MSW professors, none of whom could be counted toward the undergraduate number. Quite reasonably, Cairn had set enrollment targets and budget projections as it pursued MSW accreditation. Those enrollment targets were not met, making the MSW a non-viable program in the judgment of the university.

In addition to its overly prescriptive and onerous student/faculty-ratio requirement, CSWE’s position as the professional accreditation body also impacted the university’s decision regarding social work. An undergraduate cannot become a licensed clinical social worker without earning a degree from a CSWE-accredited institution. This is a nationwide reality, and there are no other options. The CSWE exercises control not only over student/faculty ratios, learning outcomes, and curriculum and course content, but also professional certification and advancement. They essentially control the process from soup to nuts—from student instruction to professional execution.

As a result, a college or university cannot offer a social-work program designed purely on the basis of its economic needs, missional commitments, and market-share realities. Nor can a college’s focus be exclusively on satisfying student and parent expectations regarding professional marketability and employment. Graduating from a program not accredited by CSWE would simply be imprudent for those students who want to be professional social workers. Given these conditions, an institution either complies with CSWE or eliminates its program.

In 2021, CSWE released a draft of highly politicized accreditation standards and criteria that delineated its expectations for curricula, student outcomes, and program ethos. This move further represented a degree of outside control that Cairn viewed as overreaching and untenable. In the interest of being judicious, it is worth noting that many accrediting bodies take positions that are respectful of what might be called “institutional sovereignty”. Under this form of accreditation, institutions state clearly who they are and what they intend to accomplish. Accreditors then require them to assess themselves and demonstrate that they are, in fact, accomplishing those things. Such accreditors allow an institution to write outcomes and develop curricula consistent with their own mission, ethos, and community. What follows is a dance of mutual respect that everyone in higher education knows.

Accrediting bodies overreach when they mandate implicit perspectives and approaches within academic disciplines.Accrediting bodies overreach, on the other hand, when they begin prescribing both explicit curricula and course-content or, in the case of CSWE, mandating implicit perspectives and approaches. This represents not only an imposition upon institutional sovereignty but an attempt to usurp an institution’s independence. For an independent Christian university like Cairn, a relationship with such an accrediting body is not tenable. To be clear, this is not an issue of religious liberty (though that certainly needs to be examined) but of values imposition. CSWE’s proposed standards prescribed an approach to social issues (such as human sexuality) and to approved social narratives (such as “intersectionality”) that Cairn deemed inconsistent with its own core beliefs. Thus, the university withdrew from CSWE and its accreditation, which is, of course, voluntary. What ensued is yet another example of overreach.

Following Cairn’s decision (and subsequent agreement to CSWE’s “teach-out” criteria), the accrediting body posted a press release on its website and social-media platforms publicly criticizing the university. This release was mirrored by a similar one from the National Association of Social Workers, a professional-certification entity and labor union. As one person inside CSWE shared when confronted, this was clearly “out of bounds.” An independent university is allowed to withdraw from voluntary accreditation and should not be attacked for doing so, especially since its administrators and trustees are charged with evaluating, managing, and marshalling institutional resources.

In the days and weeks after Cairn’s decision, there were many dynamics to manage. In addition to the necessary teach-out program, it was clear that damage-control would be needed for students and alumni who were rightly proud of their association with the social-work program. It was further expected that there would be disagreement among faculty and staff regarding the decision and its rationale. It was finally understood that there would be a public reaction and even media attention, especially given the socio-political context and cultural tensions involved. Nevertheless, the ways in which CSWE attempted to pressure the university into reconsidering—for example, by portraying Cairn’s administration as unwilling to negotiate—were further indicative of the overly prescriptive and assertive nature of that body.

Was CSWE concerned that others would follow suit? That it would be unfairly blighted by a relatively small university’s analysis of compatibility? Was it concerned with the perpetuation of social-work faculty employment? Or its own level of control and influence? These are issues of motive that obviously cannot be proven.

What is clear is that CSWE was not satisfied in this case with the education of students and the good things that thoughtful accreditation bodies can do. Instead, it demonstrated an unacceptable level of overreach and a disregard for any notion of institutional sovereignty. This is, as Cairn decided, untenable. Institutional missions and distinctives will never be protected if private colleges do not draw a line and say, “This far, and no farther.”

No Tenure? No Problem

At Cairn University, a Program-Accreditation Nightmare