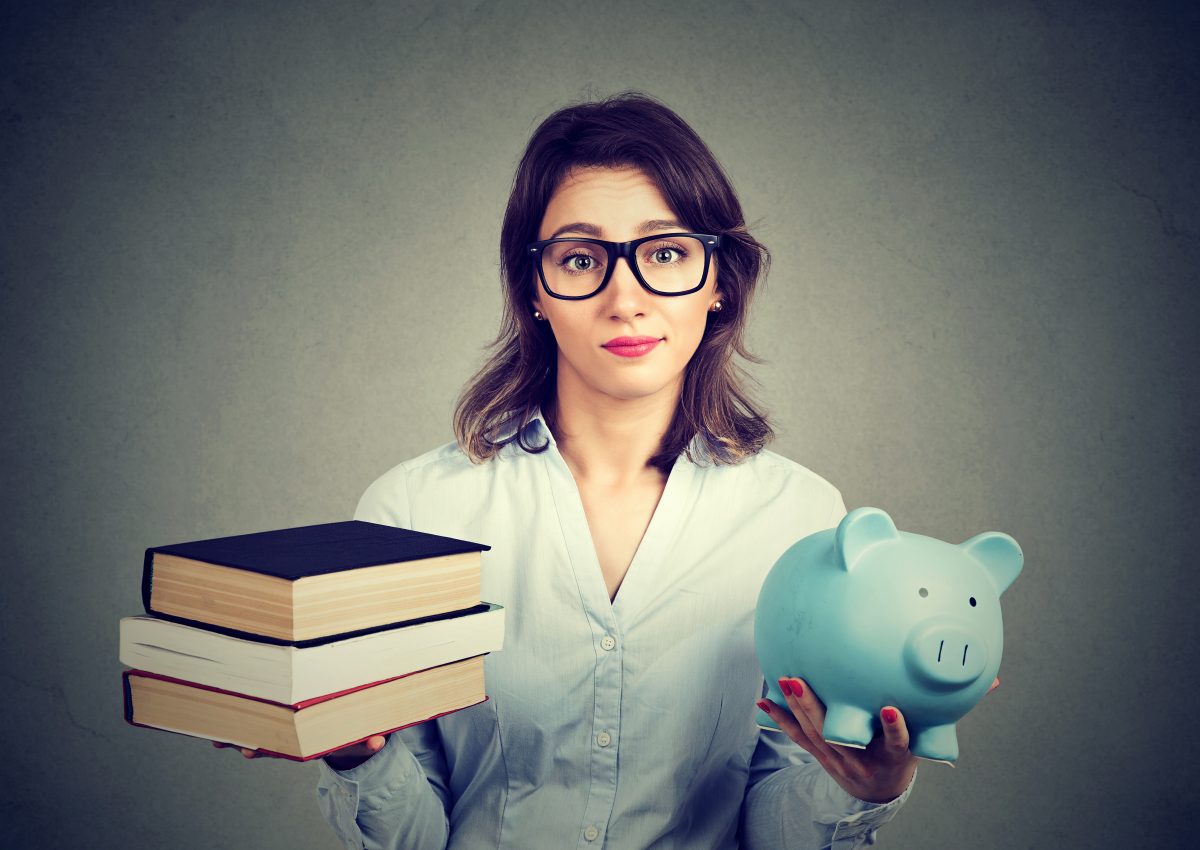 “Almost all students cite getting a better job as a primary reason for attending college,” writes Preston Cooper in the opening paragraph of his new study, entitled Is College Worth It? A Comprehensive Return on Investment Analysis. He refers to an annual survey by UCLA that found that the percentage of incoming freshmen who state that “getting a better job” is a “very important reason for attending college” rose dramatically from 67.8 percent in 1976 to 87.9 percent in 2012.

If this overwhelming emphasis on career training is the case—and there is no reason to doubt it—then higher education has a big problem, according to the findings of Cooper’s study. For he discovered that the return on investment (ROI) for an alarmingly high percentage of college degree programs is either negative or negligible. Higher education is simply not meeting expectations for too many young people who choose to start their adult lives by attending college.

Cooper defines ROI as “the increase in lifetime earnings minus the costs of college,” and examined nearly 30,000 bachelor’s degree programs. And “over a quarter of programs have negative ROI,” he wrote.

To be sure, that means that students who pursue degrees in those programs are most likely worse off financially than if they had never attended college at all but had instead pursued other paths coming out of high school.

Initially using a simple measure of ROI that contrasts the expected lifetime earnings of high school graduates with those of college graduates, Cooper found a median ROI for all college “students who graduate on time” of $306,000. But Cooper added an extra step to account for the fact that many students drop out of degree programs without gaining any skills or credentials that increase ROI. And, “after accounting for the risk of dropping out,” the median average ROI drops to “only $129,000.” Given that the lifetime earnings for students are based on 42 years of working, the increased income for roughly half of all degree programs is a paltry $3,000 a year—or less.

The study confirms lots of common knowledge that often gets lost amidst all the self-interested rhetoric espoused by academia. For one, not all disciplines are of equal value. STEM (Science, Math, Engineering, and Technology) and financial programs usually produce the highest ROIs. Cooper discovered that, of the 25 programs with the highest ROI—“all above $2.7 million”—“twelve are in computer science, five are in engineering, three are in business and finance, two are in mathematics, one is in economics, and the remaining two are specialized programs.” This bounty is not universal for all STEM courses, however. Cooper found that “31 percent of programs in the life sciences and biology have negative ROI.” Chemistry—once a sure ticket to a lucrative career—is also an underwhelming major in many cases.

Second, degrees from elite schools are ordinarily more lucrative than at less prestigious institutions. Of those same 25 top programs, all but two are at elite private institutions—and one of the two is at the nation’s highest rated public school (by Forbes), the University of California at Berkeley (the other is a specialized interdisciplinary major at the private University of the Pacific). Though again, these sizeable returns do not hold true for all programs at the most elite schools. Some programs at the most exclusive colleges have negative ROI; according to Cooper, “Harvard, Penn, and Chicago all offer at least one program that leaves its students financially worse.”

Overall, degrees in the social sciences, humanities, and fine arts consistently offer the least financial gain. Cooper writes that “a majority of programs in several major fields—including liberal arts and humanities, public administration, and the social sciences—have negative ROI with respect to spending.”

Studies like this often suffer from problems with both data and method; too frequently, important factors are merely assumed away. Even the most careful researchers cannot be absolutely certain of their results; a true depiction of reality is hard to capture even with advanced statistics. Cooper went to exceptional lengths in striving for accuracy; along with adjusting for dropouts, he took care to account for a wide variety of factors that could influence ROI. For instance, to account for natural ability bias, he did not “simply compare the earnings of college graduates to the earnings of those with only a high school degree; such an estimate would be biased upwards for many reasons …  if college graduates had not gone to college, they would have earned significantly more than the average high school graduate.” He explained further:

I therefore adjust counterfactual earnings to take account of the various demographic and geographic differences between high school graduates and college graduates. I also adjust for other factors that may correlate with both earnings and college attendance, such as cognitive ability, motivation, health, and family background.

Even so, he admitted the likelihood that even such a painstaking methodology is bound to have limitations:

It is likely that I have not fully accounted for all unobservable differences, but my estimates of counterfactual earnings are certain to be closer to the true figure than the unadjusted average earnings of high school graduates.

Another factor he accounted for is the way many students have their degrees partially subsidized by various government agencies, such as direct student grants or state appropriations. As Cooper wrote, “a program that delivers a positive earning payoff only with a significant outside subsidy might not be worth subsidizing.”

There are few surprises at University of North Carolina system schools. After Cooper’s “adjustment for non-completion” is factored in, the most lucrative programs in the system are UNC-Chapel Hill’s business degree, at $1,791,134, and, at N.C. State University, the forestry degree (a STEM program) at $1,388,147.

If the primary motivation is a lucrative career, then Cooper’s report provides a valuable source of information by revealing which majors actually will help students achieve their goals.

The much-ballyhooed “college premium”—supposedly a lifetime ROI for the average bachelor degree holder of “a million dollars”—is exposed as a myth (or, perhaps, a deliberate falsehood). After adjustments, there are a total of only six programs in the UNC system that return a million dollars or more to graduates’ incomes. All are at one of the two most prestigious schools in the system and are all in STEM or in financial fields.

The most alarming ROIs are those for fine arts degrees. The worst program in the UNC system for ROI, as calculated by Cooper, is the “fine and studio arts” major at UNC-Pembroke, where students with that major (including dropouts) earn $311,102 less than if they never went to college at all. And, even more amazing, when only graduates are counted, they earn a dismal $444,577 less than if they never went to college. In other words, completing the program hurts one’s future income more than dropping out!

The same dynamic holds at Appalachian State University, where the ROI for a fine arts graduate is minus $284,261 when adjusted for drop-outs and minus $319,411 for on-time graduates only.

Certainly, there are many reasons to pursue a fine arts degree; artists tend to have a burning desire to create that transcends concerns about income. Bur prospective artists should be aware there is a serious financial downside to pursuing a four-year arts degree.

Many other programs in North Carolina commonly have negative ROIs. In the included sample of seven programs at six UNC schools shown in the chart below, three programs in English—representing the humanities—and three in psychology—representing the social sciences—had negative ROIs. This included Chapel Hill’s English program—ranked by College Factual as the top public English department in North Carolina and 71st nationwide.

So what does the evidence provided by the study mean for going forward? The answer is clear for prospective students and their parents: unless the student is intensely interested in the subject—for instance, the student has always wanted to be a high school English teacher to pass on a great love for literature or a psychologist in order to help people—then it may be best to consider other majors than ones with low ROIs. Not all students take a particular major because they have a deep intrinsic interest in the subject matter; many choose their majors almost by default. They may be influenced in their choice by department promotional literature, a favorite teacher, their friends, or any number of similarly superficial methods. Or perhaps, because they falsely believe that any college degree is sufficient to get a good job, as it was at various times in the past, and they therefore choose one they believe will be easy or fun.

If the primary motivation is a lucrative career, then Cooper’s report provides a valuable source of information by revealing which majors actually will help students achieve their goals.

The report’s implications for policy-makers are somewhat cloudier. Obviously, academia will not reform itself unless forced to—especially if it means eliminating or downsizing programs. But the report’s facts raise an important question: should public universities subsidize large numbers of programs that have a negative impact on the economy? Public universities were explicitly created to benefit the people of their respective states—how does draining taxpayers for programs that not only take young people out of the workforce but also reduce their lifetime incomes help the general welfare?

A corollary question is whether such important decisions are best made for economic reasons alone or also should include consideration on human values? In this regard, the humanities and social sciences need to make better cases for continued public support—otherwise why should we support them? The arguments for subsidizing degree programs with negative or marginal ROIs must be made on account of their social and intellectual values. The problem is that so many humanities, social science, or artistic programs fail on these values; as many of them exist today, their intellectual ROIs—if such a thing could be computed—would be even worse than their financial ROIs. In many courses, universities now teach unreality and anti-logic rather than actual “critical thinking.” No employer wants to hire somebody whose main skill is uncovering miniscule social grievances, which appears to be the case for many disciplines; such employees are almost always counterproductive.

Only if these disciplines were to reverse their current course and return to traditional standards of objectivity and strict interpretation of texts could the expense to taxpayers be justified.

And it is possible that by improving intellectual content, these programs would see a rise in financial ROIs. If humanities and social science majors really provided graduates with powerful logical and interpretive skills through close reading of important texts, or a keen understanding of historical cause and effect, or great facility with statistical evidence, then employers might find them more attractive.

And reducing the overall numbers of humanities and social science students would likely raise their ROIs; one of the reasons that these programs have such low returns is that that the demand for graduates is low due to their overproduction. If they were actually in demand, completing these programs would raise graduates’ ROIs, not lower them or raise them minimally.

At the very least, the reduction of or elimination of underperforming programs according to ROI are possibilities that must be explored by policy makers. For too long they have bought into myths and propaganda regarding the returns to society by state university systems. Cooper’s study gives great pause for thought about the value of an education and how state governments should respond to the insight he brings.