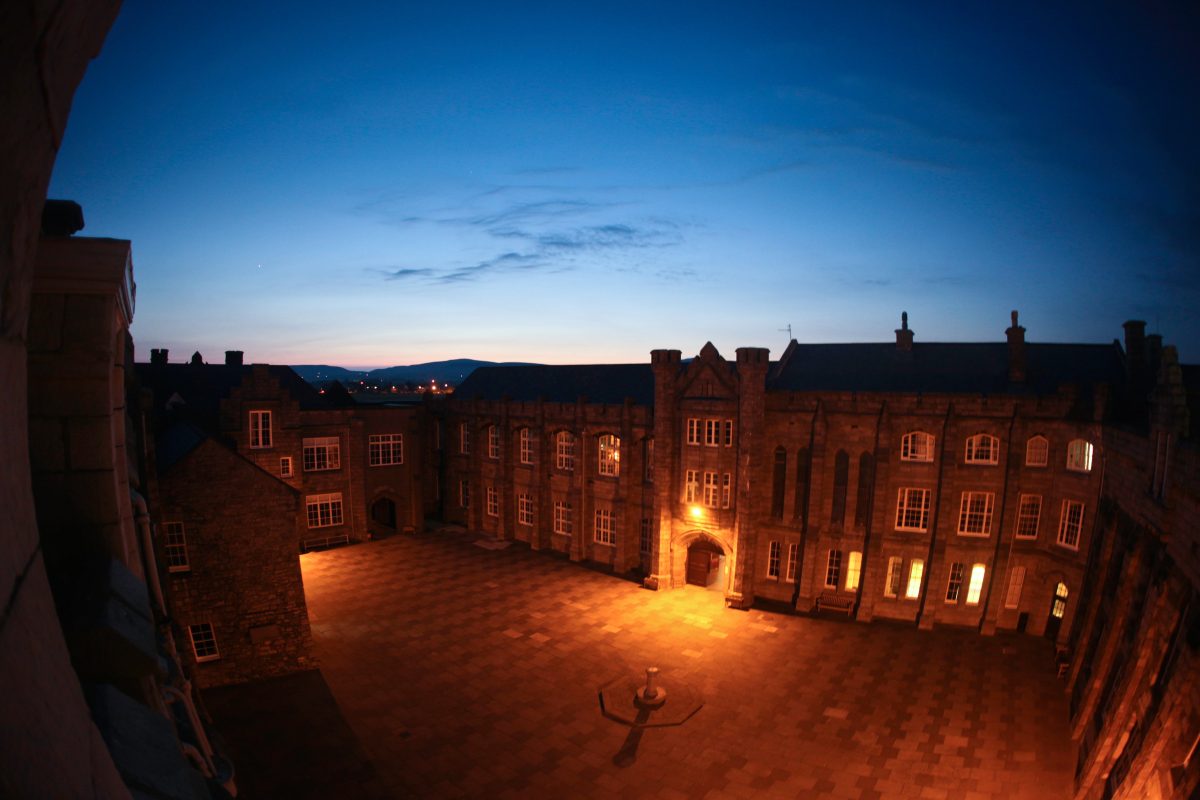 Predictions that American higher education is on the verge of great change have been heard for quite a few years, but so far the system doesn’t look much different than it did twenty years ago. Perhaps the prognostications were wrong.

I have never doubted that higher education was on an unsustainable path and after reading The Great Upheaval by Arthur Levine and Scott Van Pelt, I’m more sure of that than ever. They present a convincing case that our higher education system will undergo a disruption that is “needed and inevitable.”

Levine and Van Pelt begin by examining three industries that have experienced profound change in recent years (music, film, and newspapers) and see the same factors that led to change in them asserting themselves in higher education.

First, whereas in the past, the institutions of higher education—our four thousand or so colleges and universities—were in control, the coming upheaval will put consumers in control. The authors write, “In the music, film, and newspaper industries, the industrial era was about institutions, the producers, and production of content. In contrast, the knowledge age focuses on the users of content—the consumers—and consumption. The consumer became the dominant force in the industry, and institutional control declined. That same transition can be expected in higher education.”

What will the rise of consumer control mean? It will mean that higher education services will be unbundled (colleges always loved selling big packages of education and experience to students, but that’s going to change), delivered around the clock rather than at times determined by the schools, and that educational content will increasingly be determined by what consumers want, not what institutions like to provide.

The transformation of higher education will be driven by new entrants into the market, just as occurred in music, film, and newspapers. As a result, consumers will find a much greater range of choice, at lower cost. Levine and Van Pelt point to some examples, such as Coursera, which offers classes, specializations, and certificates, Google’s badges for information technology, and the Museum of Modern Art, whose course on Postwar Abstract Painting has attracted 44,000 customers, many of whom find it professionally valuable.

Furthermore, while the old model of higher education revolved around time, process, and teaching, the new model will focus on outcomes and learning. Fewer and fewer people will be content to pay lots of money for courses running for semesters after which they receive a grade of dubious meaning. More will want educational products that will certify their mastery of some aspect of skill or knowledge and allow them to proceed at their own pace.

The upheaval Levine and Van Pelt foresee will entail lots of adjustments in postsecondary education.

As a result, the old world of “just in case” education leading to degrees will give way to “just in time” education where narrow certifications are more prized. The authors point out that a large number of leading firms no longer screen applicants based on whether they have college degrees or not; they’re looking for better indicators of competence and trainability.

For the last several decades, the higher education industry has been kept aloft largely due to a mindset, cultivated in the populace by the college establishment and many politicians, that a college degree was essential to a successful life. That mindset is now giving way as Americans realize that college degrees are neither necessary nor sufficient for a good life. What always bursts “bubbles”–from the tulip craze in Holland to the housing mania in the U.S.—is the cracking of the “I’ve gotta have that” mentality. We’re now starting to see that with respect to college degrees.

The upheaval Levine and Van Pelt foresee will entail lots of adjustments in postsecondary education. For one thing, letter grades will give way to assessments of content mastery—either the student has become competent or not. In turn, that will lead to new market entrants that will provide objective, reliable assessments. Easily inflated grades given by the institutions themselves will have less and less appeal.

For another, education providers will have to dramatically change their faculty hiring and advancement policies. In the old days of institutional control, colleges and universities mostly hired and promoted faculty based on their credentials as researchers. The way to get ahead in the academic world was to amass a glittering CV with lots of scholarly books and articles. That usually meant giving scant attention to actual teaching, which was left to grad students as much as possible. Whether you were any good in the classroom hardly mattered.

But with consumers in control, that approach will not work. Educational institutions will need to look for teaching ability rather than research ability. And while the authors don’t say this, I think it likely that just as employers in business are becoming less interested in educational credentials, so will education providers. When competence in teaching specific skills is what counts, those providers will not care if an applicant has a terminal degree from a prestigious university or just a certificate from a lowly college. This will have ripple effects in many Ph.D. programs. 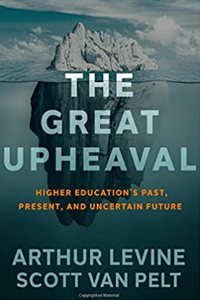 Naturally, the great upheaval is going to cause a shakeout in the higher education industry. Levine and Van Pelt think that there will be many casualties, especially among small, regional colleges that offer nothing distinctive. Even among research universities, however, there will be a substantial number of closures. The U.S. has 261 of them and that’s considerably more than the country needs.

To survive, the authors suggest, schools will have to think ahead (they quote hockey great Wayne Gretzky: “don’t skate where the puck is, but where it’s going to be”), by setting up offices that will assess market trends and adapt to them. They point to Southern New Hampshire University, which has been doing that for years and is enjoying rapid growth.

Another venerable part of the higher education landscape that faces a difficult future is accreditation. Levine and Van Pelt wonder where it will stand in the transformed future. My answer would be to let accreditation try to pass the test of the market, just as existing colleges and universities will have to. The simple fact is that accreditation as we have come to know it does almost nothing to guarantee educational quality. Competition among the providers of services does far more to make sure that students get their money’s worth than the occasional, poorly-focused oversight of accrediting agencies.

Accreditation has been artificially propped up by the federal policy of requiring that an educational institution be accredited before students can use government financial aid funds to pay for its programs. If accreditors can reinvent themselves so that they earn money by selling services that education providers value, then they will survive; otherwise, they shouldn’t.

That brings us to the question of financial aid. Here, Levine and Van Pelt make their one big blunder, saying that government must ensure “access” to education by making it free through “grade 14.” That would be a terrible mistake. The high cost and dysfunctionality of most of our higher ed system are rooted in the heavy subsidies the government has been providing since the 1960s. The coming upheaval, with competition driving down costs and creating real consumer sovereignty, will give the country the opening it needs to remove the government from the financing of postsecondary education.

Instead of government subsidizing students to get the education/training they need, why not let the financing come from employers, through crowd-sourcing, or from philanthropies concerned with helping young people who want to better themselves? Getting the government out of student aid would also eliminate the likelihood that political decisions will influence the market by favoring some kinds of education over others.

Levine and Van Pelt have identified the drivers of change in higher education, but they will work best if the government can resist the urge to meddle in the process.