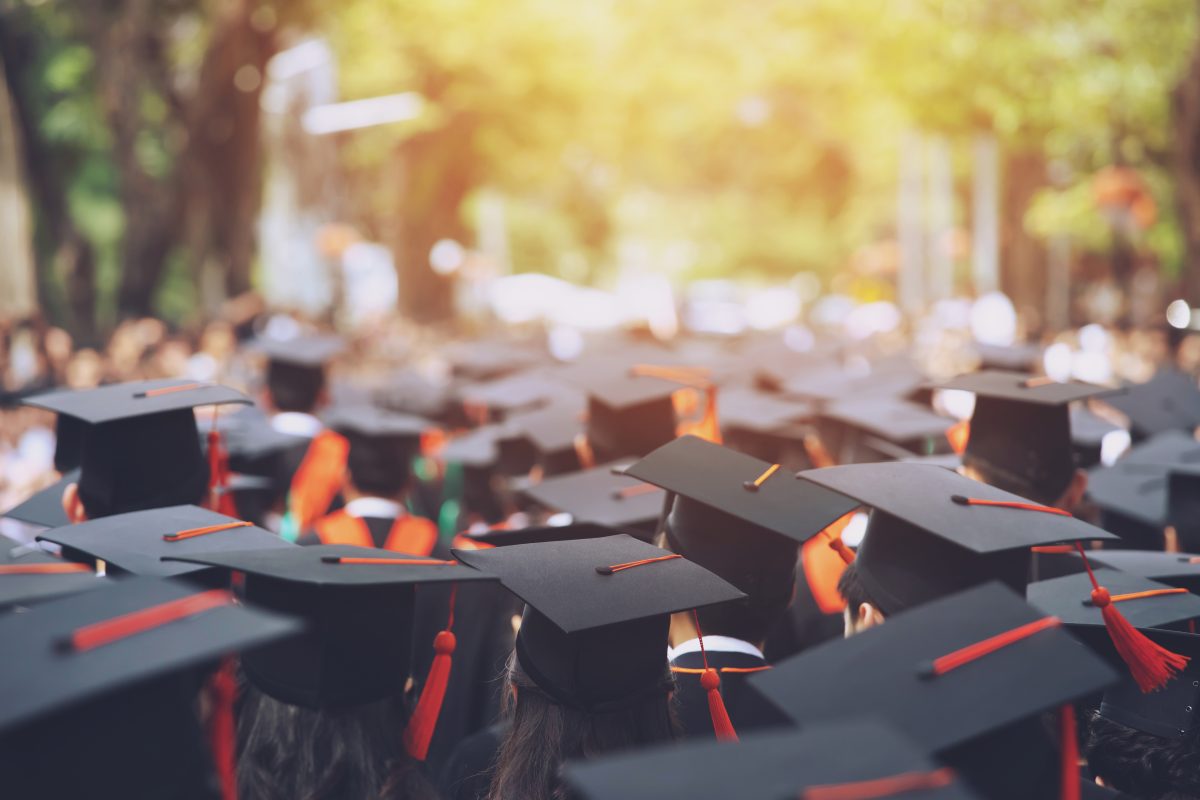 We have reached a critical juncture in our nation’s history. As once hallowed institutions decay before our eyes, parallel structures struggle to arise. Cryptocurrencies, Fintechs, and private equity funds hedge against financial system collapse. Private security continues to grow in the face of police defunding crusades. And in K-12 education, charter, parochial, and private schools strive to excel where government schools have failed.

Innovations in higher education have also occurred but clearly have been insufficient to stop the downward spiral of increased cost and decreased value that many have warned about for decades.

It is time to get serious about building a parallel university system. It is both sorely needed and easier to achieve than one might think.

In recent years, colleges have been forcing out good professors, like Dave Porter at Berea College, unwilling to bend the knee to an increasingly aggressive Woke Ideology. Other professors are quietly retiring early, killing themselves, or vociferously quitting in disgust.  Untold numbers of aspiring scholars eschew graduate school in the humanities and social sciences for safer (and likely more remunerative) careers in business, law, or the sciences.

Americans have long told themselves that the quality of their universities were key components of democratic safety and economic prosperity. Such claims were cited to justify the billions of dollars of public subsidies that taxpayers pour into America’s universities each year, including the over $100,000 per baccalaureate degree conferred to elite public institutions. What have taxpayers received in return? Not enough!

Consider the billions poured into “research.” While some studies provide data, findings, or insights of value, the vast majority do not because most are written to obtain career objectives—grants, promotions, tenure, sabbaticals—not to improve the world, or even scholarly understanding of it. Funded, peer-reviewed research has shown, e.g., that homelessness leads to poor health outcomes, and that the drug war increased homicide rates.

Such studies get published based less on merit than on the ability of the author(s) to work the flawed peer-review system, leverage professional contacts, and “p-hack” (massage statistics). Journals regularly conflate mere statistical with real world significance, so researchers get paid, but taxpayers receive precious little in return.

I suggest building a parallel university system along classical liberal lines and then outcompeting the Woke despite their public subsidies.

Undergraduate teaching is ludicrous in too many instances. Many fields have become palpably politically biased. In 40 elite history departments, Democrats outnumber Republicans a whopping 33 to 1. Democrats even dominate economics departments 4.5 to 1.

Moreover, rote memorization/regurgitation remain all-too-common, not because pedagogical research says that it is a good way to learn but because it makes life easier for both professors and students. When rote gives way, pedagogies that make life even easier for professors and students, like “group projects,” prevail. Many professors are sold as soon as they realize that group projects “reduce the number of final products instructors have to grade” and are often largely the products of the best students. This trend further reduces the educational value students derive from their courses.

Attempts to teach critical thinking and incentivize study by challenging students’ assumptions and limited knowledge often put professors under job-threatening scrutiny. Many university administrators are failed researchers/professors who don’t have the intellectual chops to parse evaluations correctly, so they naively misinterpret negative-sounding feedback.

Comments like “Prof. X is too hard” is not lauded as evidence that Prof. X maintains high standards, but rather is portrayed as “problematic.” Administrators on the left shrewdly twist evaluations to paint professors with non-Woke views in the worst light possible. “Deep learning” pedagogical techniques that can transform good students into great ones are punished in favor of keeping bottom tier students happy with the intellectual equivalent of pabulum. Consequently, many professors consciously avoid challenging their students.

Americans know that many, if not most, universities are broken, but they think in terms of incremental reforms, like scaling back diversity programs, adopting the Chicago principles of free expression, and so forth.

I suggest building a parallel university system along classical liberal lines and then outcompeting the Woke despite their public subsidies. If that sounds pie-in-the-sky, it shouldn’t. Unburdened by suboptimal customs, needless regulations, and poorly aligned incentives, new entrants regularly disrupt and eventually subsume older institutions that resist change.

In a new paper, Aleksandra Prezgalinska and I survey how business, economic, and technology change led to productivity revolutions in agriculture, communications, finance, industry, institutions, markets, and transportation.

Higher education’s failures have similarly primed it for another such revolution.

American universities are owned in three different ways, none of which properly align the incentives of the major stakeholders: taxpayers/stockholders, governments, professors, trustees/visitors, students past and present, and parents. That misalignment allows the inefficiency at the root of the tuition spiral that has racked the sector for decades.

The misalignments are clearest in the case of public universities, where budgets become political footballs, professors are often unionized, and everybody wants more federal subsidies.

At publicly-traded, for-profit universities, short-term stockholder interests reign supreme. Students are simply conduits to federal loans and professors are mere employees judged by the number of students they can bring themselves to purport to teach.

Private, nonprofit universities with large endowments can muddle through anything, so they have little incentive to innovate. Tuition-dependent nonprofits, by contrast, face tradeoffs that their trustees rarely comprehend, much less optimize. By definition, nobody owns nonprofits, so their trustees have no skin in the game. They’re easily manipulated by administrators who make decisions that benefit themselves rather than professors, students, taxpayers, or parents.

Even before the Covid shock, four to six such schools were closing each year, most, unsurprisingly, in states like California, Massachusetts, and New York, where the disconnect between tuition paid and value received is starkest.

What is the alternative?

Professors could and should own their universities in partnership because they essentially are their universities. They are the ones who create value by contributing to, or at least staying abreast of, the latest developments in their fields and sharing knowledge with their students.

Another great thing about professional partnerships is that they are lightly regulated because the capital of the principals (startup funds plus retained earnings) is the only thing at risk. No public subsidies are needed.

Law and consultancy firms do not need accreditation, and neither would universities owned in professional partnership, especially those that lend tuition to their own students. With their equity and jobs closely linked to student success, outside monitoring by an accreditor or other regulator is pointless.

New universities could also free themselves from expensive campuses. Buildings can be leased or new models adopted. Imagine a university, for example, where students traveled to their professors for short, intensive courses instead of meeting in a central place. Moreover, mini-universities could form that offer a single major, minor, certificate, or just popular courses instead of full degrees, which might be conferred by flexible consortia of mini-universities.

Increasing competition is the greatest gift that a parallel university system could bestow upon the country. Professor James Patterson arrives at the same conclusion in this essay.

What American higher education needs is new entry, viable alternatives for the hundreds of thousands of young minds who cringe at the thought of going to university, not because they are anti-intellectual but because it’s a costly credential more likely to indoctrinate them than to enlighten or emancipate their thought.

North Carolina startup Thales College, for example, will not take federal student aid and has no plans to seek accreditation. Founder Bob Luddy went the nonprofit route. However organized, new entrants should not be controlled by conservatives or libertarians; they should be controlled by individuals from a diversity of intellectual views dedicated to teaching their students.

By forcing out good professors, Woke Universities are unwittingly freeing up the human capital needed to start a parallel university system. The Covid crisis has exposed the hypocrisy of claims that they put student interests first, as most students need neither masks nor vaccines and no student wants to hear about major policy changes after their tuition checks get cashed.

All that is needed now is for qualified scholars to organize new universities – perhaps as professional partnerships that lend tuition to their own students—and start trying out pedagogies and institutional designs capable of producing high quality graduates who can think for themselves.

Robert E. Wright is a historian of economic policies ranging from banking to higher education to slavery with over 20 books and 70 peer-reviewed articles and book chapters to his credit. His biography of financial journalist and controversial corporate “gadfly” Wilma Soss, coauthored with Bucknell’s Jan Traflet, is complete and would appear, in normal times, in 2021.