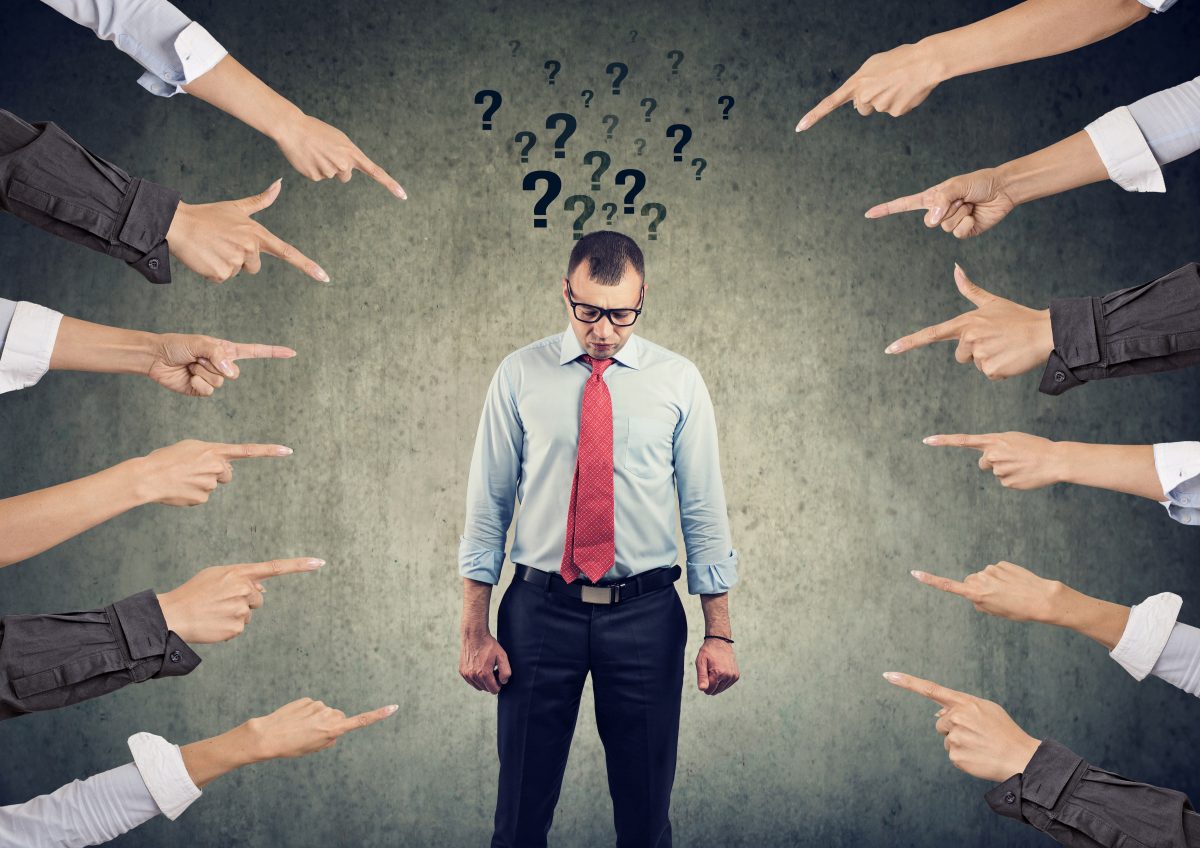 I am a 72 year old Air Force veteran. After 30 years of service, I was ready to retire when I heard about an opening at a small Christian college in Kentucky, I applied for the position of academic vice president and was hired.

Berea College was founded in 1855 by an abolitionist; it was the first school south of the Mason Dixon Line to educate black and white, men and women together. It offers every student a full tuition scholarship and requires 10 or more hours of weekly campus work.

I served for over four years as the academic vice president before stepping down from administration and returning to the classroom as a tenured professor of psychology.

I love psychology and engaging students in its rich array of intriguing subjects and powerful processes. My ratings from students were consistently in the top 10 percent. Well over half the graduates from the psychology program enrolled in graduate programs after leaving Berea.

Industrial/organizational (I/O) psychology was a favorite course. It introduced students to analyzing large data sets. In 2018, the college was struggling to integrate an effective Title IX program with institutional promises to protect academic freedom. Defining hostile workplace environments was a particular problem.

I had expressed my concerns to the college administration about a recent Title IX case that seemingly violated due process safeguards, but I was ignored. As a sexual assault prevention consultation report had concluded, Berea’s processes lacked transparency. I also realized that despite my experience and knowledge of the regulations, my opinions would be insufficient to effect meaningful changes, so I turned to the tools of our trade–conducting systematic and objective studies.

I worked with students in my I/O course to develop a survey of identity, beliefs, perceptions, and judgments related to diversity topics. The students engaged enthusiastically. A little sunshine and open conversation about these issues might allow the administration to correct or clarify some of the past misinformation and misunderstanding.

Here are a few examples of false claims by grievants and the college’s Title IX administrators made during prior official proceedings: the academic freedom that applied to classrooms and lecture halls did not extend to hallways or faculty offices; mediation was inappropriate in cases of hostile environment discrimination; academic freedom was something individual faculty members could grant or withhold from colleagues; and “feminism” constituted a protected class.

Half the survey items described potentially hostile ambiguous hypothetical scenarios. The entire survey is available here, but as an example, one scenario described a male department chair asking junior female faculty members for their opinions concerning Chrissie Hynde’s discussion on NPR of how her own bad judgment contributed to her rape as a young adult.

Despite the fact the department chair ended the conversation at the first sign of discomfort from the junior faculty members, this was one of three specific incidents (out of about a dozen claims) that were determined by the college to be evidence of his having created a hostile environment.

Although derived from real events at Berea and elsewhere, no names were included and the race or gender of the participants was changed in some scenarios. Respondents’ ratings of these scenarios allowed researchers to measure their perceptions and judgments.

My department chair, academic division chair, and the chair of the Institutional Review Board among others reviewed drafts of the survey.  Although some reviewers weren’t comfortable with the controversy the survey might cause, no one expressed concerns about ethics, “confidentiality,” or potential harm to participants. The survey was made available online to all students and faculty with rewards offered for participation.

After an impassioned appeal from a recent Title IX grievant on social media, the campus erupted. She claimed the survey was retaliation for her having lodged a successful Title IX complaint.

The campus was quickly polarized, and the administration saw a crisis looming. Apparently, the dean had received information from a former student that current students were fearful of attending my classes. There was no investigation and suggestions of mediation or compromise were squelched by the dean’s claim that I was “unrepentant and unapologetic.”

The administration asserted the survey was devoid of academic merit and simply an instrument of malicious retaliation as had been claimed on social media. The Title IX coordinator was to collect accounts of the injuries and harms inflicted by the exposure of the “thinly veiled fact patterns” of actual events contained in the survey scenarios.

Even before this evidence was collected, several faculty members expressed their fears to the dean that I would come to their homes and “get in their face.” On that basis, he concluded I was “dangerous.” I was banished from campus and prohibited from communicating with students.

After a 10-week suspension based on fears expressed by unidentified grievants and unrelenting defamatory attacks on social media, my professional competence was questioned under the Faculty Manual’s Professional Competence and Dismissal for Cause section.  Specifically, a faculty panel agreed with the dean that my “personal conduct” had interfered with my “professional responsibilities,” and this was sufficient cause to terminate my tenure and dismiss me. Preparing the survey was deemed to be personal conduct but the particular “professional responsibilities” remained largely undefined.

Throughout this process, the administration interpreted the policies contained in the Faculty Manual as well as the AAUP Guidelines for Dismissal of Tenured Faculty Members (2018) to fit their need to expel me. Of the many violations of due process involved, here are a few of the most consequential:

AAUP Guideline 5a. suggests dismissal of tenured faculty is only warranted when the overall competence of the faculty member is questioned.  Competence is not the same as performance. While the latter may be influenced by factors such as motivation, chance, or other factors, competence is limited to the knowledge and skills necessary to perform a task. Questions of “competence” were a predicate for further dismissal proceedings.  This had been the interpretation in a 2001 case at Berea over which I presided as academic vice president. The current administration ignored both that precedent and AAUP guidance to argue my competence as a teacher and researcher was not relevant to my ouster.

Guideline 5b.1 requires discussions aimed at resolution, but Berea did nothing toward resolution. After failing to provide me with specific concerns about scenarios or forwarding criticisms as he had promised in a phone call, the dean refused to discuss the matter with me, claiming “the time for discussion has passed.” That was just three days after the survey was posted. My proposed three-page written apology was rejected. On the contrary, the dean claimed that I was “unrepentant and unapologetic.”

Guideline 5c suggests panel members with bias should recuse themselves. The discovery process in my lawsuit has revealed several apparent pre-existing biases of hearing committee members. Similarly, the AAUP Guidelines and the BC Faculty Manual require that continuance of suspensions requires that an individual threaten immediate danger to persons or property. After my requests to vacate my suspension, the president asserted my presence posed a danger to the “well-being” of certain students and faculty (without identifying them or specifying the danger).

Being exiled from campus and being prohibited from communicating with students was a distinct disadvantage. I was prohibited initially from talking to potential student witnesses or using my survey to defend myself.

I was not allowed to cross-examine the actual grievants nor given the opportunity to pose interrogatories to them concerning their false and exaggerated claims. In contrast to the AAUP’s Guidelines to use “clear and convincing” evidence to support the removal of tenured faculty members, the dean asserted the “preponderance of the evidence” standard used in Title IX cases was appropriate. In addition, he assumed the role of proxy grievant, investigator, and prosecutor. Given his institutional role as the supervisor of all panel members and faculty witnesses, this was a clear violation of due process.

As with other organizations such as the American Civil Liberties Union, the AAUP has been criticized for recent apparent ambivalence about defending academic freedom and free speech. Not only was my request for support to the local chapter of the AAUP rejected, the local chair proudly provided a copy of her rejection to the president indicating that the AAUP would not be getting involved despite their role in previous academic freedom cases.

On the other hand, the National Association of Scholars (NAS) investigated my case and saw the deep unfairness of the college’s case against me. NAS president Peter Wood expressed his concerns in a public letter to Berea College’s president. The letter reads in part:

Moreover, the… evidence strongly suggests that Dr. Porter was harassed rather than harassing, and that the claims that he was the perpetrator are badly supported. Porter’s own website provides a far more accurate account of the events… Then too, Berea seems to have violated its contractual guarantees of administrative due process in the proceedings by which it fired Dr. Porter and deemed him incompetent. All these circumstances, argue that Berea acted unjustly.

Believing that Berea College violated my rights, I filed suit against the school. When a college promises publicly to protect academic freedom, it takes on a contractual obligation to fulfill that promise.

In the conduct described above, I believe Berea College has not fulfilled its obligations. My trial is set for mid-October 2022.

After a 30-year Air Force Career and 5 years as the Permanent Professor of the Department of Behavioral Sciences and Leadership at the AF Academy, Dave accepted an invitation to serve as Berea College’s Academic Vice President in 2001.  He returned to the classroom as a tenured professor of Psychology and General Studies from 2006 until 2018, when he was dismissed for cause for publishing a survey concerning hostile environment discrimination and academic freedom. His website can be found here.

Why Did a Christian College Fire a Tenured Professor?