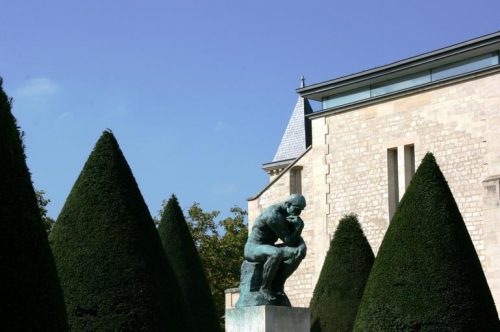 What is the value of a liberal arts education? At a time when parents are wary of taking on loads of debt to finance their children’s college degrees, it was inevitable that the language of the market would become more pronounced, especially during a pandemic.

One could hardly ask for a more perfect skewering of the rhetoric students imbibe from professors and administrators, a strong cocktail of self-congratulation and self-interest. Given that my livelihood is at stake, it would be unwise for me to protest too much. But in inquiring after the value of a liberal arts education, we must be prepared for a counterintuitive answer.

Its true value resides not in what it delivers, in terms of knowledge or skills, but in what it reveals: namely, our ignorance.

Plato can help me explain. In the Apology, he relates Socrates’ bewilderment at hearing that the oracle at Delphi had identified him as the wisest of men. Socrates suspects some hidden meaning in the riddle-like pronouncement because he doesn’t think he is wise at all.

To disprove the oracle, he goes around to those whom he believes to possess great wisdom—politicians, poets, craftsmen—but in each case, Socrates comes away convinced that he is in fact the wiser:

It is likely that neither of us knows anything worthwhile, but he thinks he knows something when he does not, whereas when I do not know, neither do I think I know, so I am likely to be wiser than he to this small extent, that I do not think I know what I do not know.

Still worse, on account of their expertise in their own area of specialization, each of them “thought himself very wise in other most important pursuits, and this error of theirs overshadowed the wisdom they had.”

Wisdom, then, consists of knowing that one knows nothing, or, at least, knowing what one does and does not know.

Liberal arts colleges frequently highlight their capacity to make their students well-rounded individuals who know about many subjects. This is not exactly false advertising. But, in some ways, it places the accent on the wrong syllable. Ideally, by exposing students to a wide range of texts and topics, students come to discover the limits of their knowledge to a greater degree than they might if they focused on one field of study.

In practice, of course, it doesn’t always work that way. For example, when they complete the first-year “Great Books” sequence at my school—covering a number of works from Homer to Dante in two semesters—many students matriculate to the second year with a strong sense of the wideness of their learning. They have, after all, spent a week or so on Genesis and Aristotle here, a week or so on Augustine and Aquinas there, and a few days on Virgil and Seneca in between.

This sense of erudition, however, is overly inflated, and it expands in proportion to the student’s proclivity for picking moral and ideological nits with the authors they are required to read. Call it the hubris of youth. When it goes well, the student cultivates a posture of intellectual humility. Are they better educated than they were at the start of the year? I hope so, but now they should know more fully what there is to know, how little of it they have mastered, and how complex are those relatively few texts they have studied.

They have seen how wrong others have been in the past and, at least on occasion, they learn the lesson that they, too, might be wrong precisely when they think they are right.

The lesson is not for students only. I am confident that my colleagues in the philosophy department would wince if they were to hear me teach Plato. Not infrequently, moreover, when teaching in my own area of expertise, a question or comment from a student or a colleague uninitiated in the proper mysteries has helped me to see the inadequacy of the standard solutions to a given problem.

Ignorance sometimes bears fruit when one least expects it.

Now, don’t get me wrong. Often the ignorant ask ignorant questions or make ill-informed observations—and this includes experts. In this respect, my colleagues and I are not so different from the Athenians who voted to condemn Socrates.

Psychologists holding forth on religion, religion professors making political pronouncements, political scientists cherry-picking scientific studies, scientists demanding that politicians follow their policy prescriptions—these and other kinds of conversations across disciplinary boundaries can be stimulating and productive in a way that technical discussions among specialists cannot. But they can also become the occasion for egregious displays of brazen stupidity and unabashed special pleading.

Students should know more fully what there is to know, how little of it they have mastered, and how complex are those relatively few texts they have studied.

Specialists often assume that the problems of their discipline are more complicated than problems in other disciplines, and people who are smart in one subject frequently assume that they are smart in every subject. Experience in trying to teach a subject outside one’s narrow expertise or in explaining it to an audience of non-specialists makes it harder to overlook one’s limitations. The result is not to stifle cross-disciplinary debate but, rather, to set a tone for discussion in which the participants are aware of their blind spots and are unafraid to acknowledge what they do and do not know.

It’s not the only lesson to be learned, of course. But it’s a lesson we cannot afford to skip.

To the extent that a college degree is a signal, and that a liberal arts degree sends the specific signal that a graduate is thoughtful, literate, and adaptable, the liberal arts ethos can probably withstand the economic headwinds. But for how long, as declining admissions standards and grade inflation dilute the signal by producing prospective employees with an exaggerated sense of their own competence and intellectual sophistication?

Of course, there is an affirmative case to be made that a liberal arts education promotes virtue, equips students to appreciate a wide range of cultural achievements, and cultivates a desire for knowledge. Mostly gone are colleges that embrace such a mission in a form that, say, John Henry Newman would recognize. Inculcating a sense of moral superiority has increasingly replaced the dispassionate pursuit of truth. (Woodrow Wilson was unusually frank on this score: “The purpose of a university should be to make a son as unlike his father as possible.”) Students may conclude that there are cheaper and easier ways to acquire this disposition.

Parents will not be happy to pay $50,000 a year and be told that our mission is to convince their children of their ignorance. It will be an even harder sell if they sense that faculty in the liberal arts are unable or unwilling to admit what we don’t know.

Whatever one thinks of the charge that we are, like Socrates, corrupting the youth, the bottom line—professionally, institutionally—may be the same.

Patrick Gray is Professor of Religious Studies at Rhodes College and editor of The Cambridge Companion to the New Testament (Cambridge University Press, 2021).

The Liberal Arts: What We Don’t Know