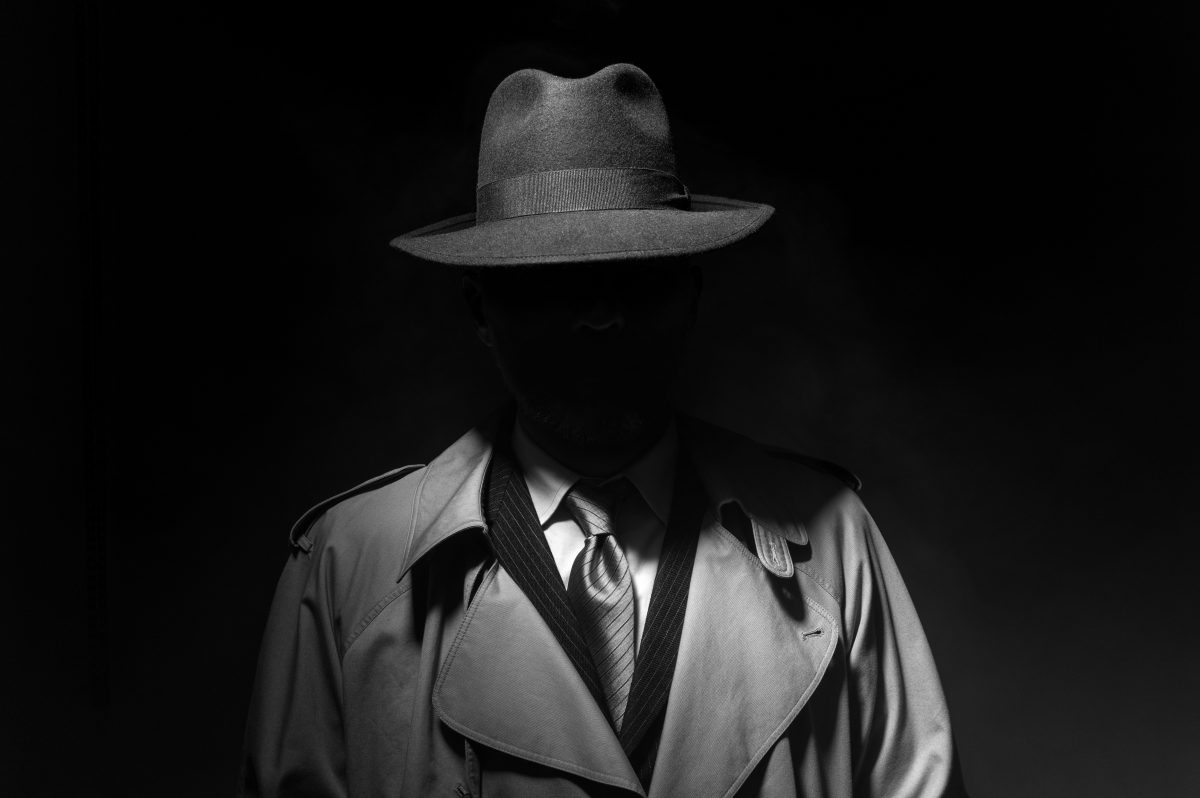 The recent appointment of Darrell Allison to the chancellorship of Fayetteville State University (FSU) has sparked a controversy. The UNC Board of Governors’ (BOG) announcement elicited immediate pushback from those in the campus community and the story quickly attracted national attention.

Allison was a member of the UNC BOG until last September when he abruptly resigned for “personal reasons.” It turned out that he resigned to throw his hat in the ring for the open chancellor position.

On February 18, the UNC system announced that the BOG—the same body Allison was a member of only a few months prior—hired him to be FSU’s new chancellor.

Many connected to FSU immediately protested Allison’s election, arguing that he was chosen outside the traditional search process and that his political connections secured him the position. Some even went so far as to condemn his election as “fraudulent.” Others have vowed to “fight it until the very last day and beyond.”

The Fayetteville Observer also revealed that Allison’s connections aren’t just political: his mother-in-law was a member of the FSU Board of Trustees up until his appointment was announced (though the university said she “recused herself from the chancellor search committee and did not attend any meetings or participate in any discussions involving the search).

In response, Fayetteville State squarely denied any wrongdoing. In a March 8 press release, Stuart Augustine, chairman of both the school’s Board of Trustees and of the chancellor search committee, assured the public that he was “confident” that “a fair and deliberate process was conducted in accordance with state law and consistent with UNC Board of Governors’ policies.”

So, what happened? Did university leaders bend or break the rules in order to get Allison the job?

First, it’s important to get a handle on the UNC system’s chancellor search policy.

According to the policy for chancellor searches, the search committee shall “propose a slate of finalists for consideration of the board of trustees, who recommends the slate to the president.”

[M]embers of the boards of trustees…shall consider candidates proposed by the search committee as potential finalists, and shall refer a final slate of candidates to the president for additional vetting and consideration.

The UNC system president then selects a final candidate from the list sent by the trustees and proposes his or her name to the BOG for approval (this part of the policy was amended in September 2020, but the amendment does not apply to this particular chancellor search). It is ultimately up to the BOG whether or not that candidate is hired.

Now, what are the specific allegations? According to local reporters, Allison allegedly was not among the finalists chosen by FSU’s chancellor search committee but was later “added” by the university’s board. The reports seem to suggest that, in doing so, university officials did not follow procedure and gave Allison an unfair advantage.

In an article about how Allison “cut in line” to become chancellor, NC Policy Watch’s Joe Killian writes:

Darrell Allison did not make the final cut in the search process for Fayetteville State University’s next chancellor, according to sources directly involved in the process. Instead, the former UNC Board of Governors member was added at the last-minute to the list of finalists submitted to the UNC System.

And WRAL News reported: “Sources have told WRAL News that Allison didn’t make the search committee’s final cut, but his name was added at the last minute to the list sent to the Board of Governors for the final selection.”

The possibility that Allison was “added” as a finalist by Fayetteville State’s board has several parties concerned. FSU’s faculty senate, for example, passed a resolution calling on FSU’s board to release evidence that Allison was on the original search committee list.

In addition, the American Association of University Professors issued a letter stating their concern that “Mr. Darrell Allison, who was selected as the next chancellor of Fayetteville State University, was not among the five finalists recommended by the search committee.”

And a former FSU chancellor, Willis McLeod, who served from 1995 to 2003, said: “To me, what’s at issue is how he [Allison] got the job and the fact that it doesn’t appear that the process that had been outlined and published was indeed followed.”

The allegations raise two important questions: Was Allison on the search committee’s list of finalists? And if not, does that violate UNC policy? Fayetteville State officials have not answered the first question. As for the second, it appears that official UNC policy was followed, but that fact has been obscured by both agenda-driven media coverage and university officials’ failure to act transparently.

During a February 18 press conference, a reporter asked whether Allison’s name was added after the initial search process, but chairman Stuart Augustine dodged the question: “I can’t speak to who was where in what part of the process,” he said. When the reporter continued to press for clarification, he was cut off by a staff person who said “We’re not going to discuss any confidential details about the search process.”

At one point, Augustine admitted that Allison’s name “was on the list that our board of trustees submitted to the university system”—though he does not state whether he was among those recommended by the search committee. He insisted that all the candidates were seriously considered but added that he “can’t speak to the specifics.”

But why can’t Augustine speak about the specifics on how Allison was selected?

While it is true that FSU cannot disclose the names of the other finalists, Allison’s name is no longer confidential and the university should have no trouble confirming whether he was on the search committee’s list.

In a statement released a few weeks later, Augustine did not address the concerns circulating in the media. The public was more or less told to just “trust” that the process was carried out with the utmost integrity.

Fayetteville State seems to want to keep the public in the dark on this question. What is not clear is why. It would be one thing if the board of trustees violated policy by adding a name that was not on the committee’s list. But doing so is not a violation of policy; a board of trustees is required to consider the list provided by the search committee, but is not compelled to choose any or all finalists from the list.

Jane Stancill, the UNC system’s vice president for communications, clarified the chancellor search policy in an email to the Martin Center:

Generally speaking about the policy and not in relation to any particular search, a Board of Trustees is not required to select finalists from a slate proposed by a university search committee.

A search committee has a valuable role to play under the policy as a way to engage key stakeholders. But it is the Board of Trustees that has the legal obligation to send at least two names to the President for consideration (see N.C. Gen. Stat. 116-11(4)).

A statement from Jeffrey Womble, a Fayetteville State spokesman, suggests that the board of trustees did indeed use its authority to add Allison’s name after receiving the committee’s recommendations:

University leaders could have eased a lot of suspicion if they simply answered reporters’ questions. Instead, they acted as if they had something to hide, which only served to confirm their guilt in the public eye.

However, university officials may have been found guilty in the court of public opinion even if they had acted with the utmost transparency.

Some of the media hype surrounding the appointment seems to stem from a dislike of Allison’s politics rather than from any proof of foul play. Many of those opposed to Allison’s election have been quite verbal about how they dislike his political views, such as his support for school choice, and distrust his connections to the BOG and legislature. Rather than making any outright claims that the board’s actions were illegal or violated policy, some reporters resorted to merely insinuating that the process was illegitimate.

In addition, media coverage of Allison’s appointment suggests that some reporters do not fully understand how the chancellor search process works. This lack of understanding might mean they consider the trustees’ actions a violation of policy when it was not.

Regardless of the media’s intentions, there’s no denying that the optics surrounding Allison’s ascension to power are far from ideal.

Allison’s quick pivot from being a UNC board member to being hired for a position by that very same board, along with the fact that Allison’s mother-in-law was on Fayetteville State’s board of trustees until the day before his appointment, are ingredients for a scandal—whether real or perceived. Even if the search process was technically adhered to, the university has a responsibility to avoid even an appearance of a conflict of interest.

Going forward, several lessons can be learned from this controversy.

The first is that the UNC Board of Governors should immediately amend its policy to require a hiatus of at least a year from when a board member resigns to when they apply for a leadership position within the university system. Doing so will establish at least some distance between governing roles which will help prevent even the perception of a conflict of interest. This was not the appropriate or prudent time for Allison to take the helm at Fayetteville State.

Secondly, the FSU Board of Trustees and media relations staff need to take a hard look at how they communicate with the public. There is no excuse for their blatant obfuscation and refusal to answer questions that the state’s tax paying citizens have every right to know.

If the university wants the public to believe that it carries out its business with integrity, it has to be willing to demonstrate that it does so.