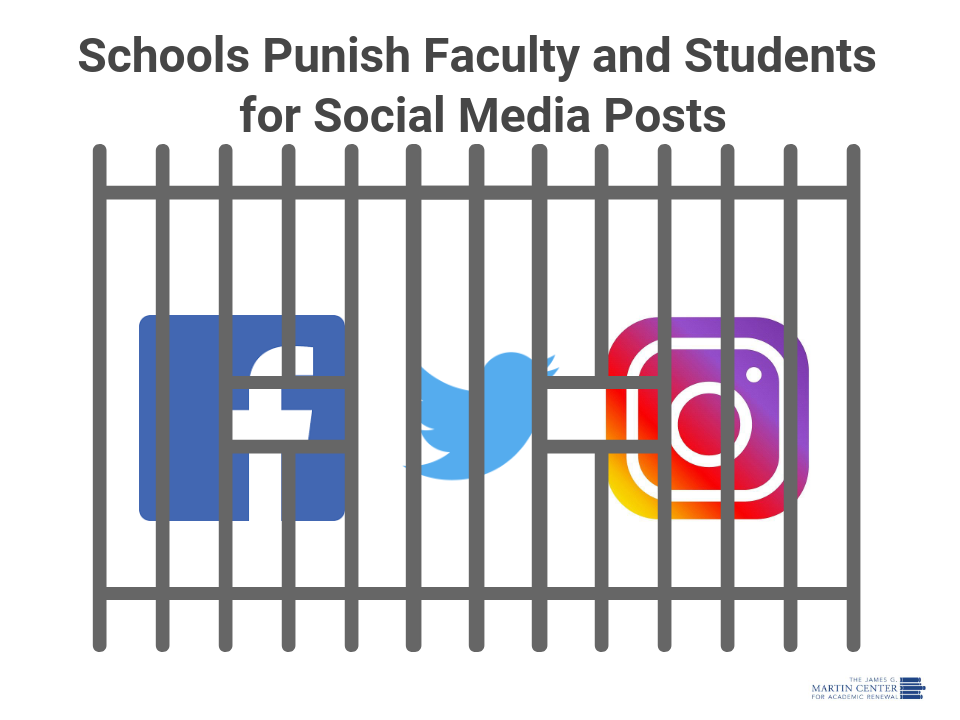 Fordham University student Austin Tong has found himself in hot water over a protest picture on Instagram. In it, he posed with a gun to commemorate the 31st anniversary of the Tiananmen Square Massacre.

The private university in New York City found that Tong’s post, as well as another where he criticized the response of left-wing activists to the homicide of retired St. Louis police chief David Dorn, violated university policies prohibiting “threats/intimidation” and “bias and/or hate crimes.” Tong has been placed on probation and will not be allowed to visit campus without prior approval, take leadership roles in student organizations, or participate in athletics.

He will also be required to complete complicit bias training and write an apology letter.

In response, FIRE sent Fordham a letter detailing how the university’s discipline of Tong over his posts are at odds with their stated mission to uphold free speech.

This isn’t the first time a university has punished students for their social media posts. Over the past months, FIRE has addressed several recent cases that violated First Amendment protections or a college’s commitment to free speech.

In May, FIRE wrote to the Catholic University of America in Washington, DC after a professor, John Tieso, was suspended for tweets dating back to 2018 that were critical of former president Barack Obama and senator Kamala Harris. Ignoring FIRE’s letter, CUA fired Tieso in June. Tieso has said that he will sue the university.

A professor at Weber State University in Utah, Scott Senjo, also received backlash over his tweets. After some of Senjo’s tweets supporting violence against rioters and criticizing congresswoman Ilhan Omar surfaced, WSU opened an investigation.

This problem is not exclusive to right-wing content, either. In January, Babson College professor Asheen Phansey was fired over a tweet responding to Trump’s threat to bomb 52 Iranian cultural sites. Babson’s tweet read, “In retaliation, Ayatollah Khomeni should tweet a list of 52 sites of beloved American cultural heritage that he would bomb. Um… Mall of America? …Kardashian residence?”

These are just a few of the many recent instances of universities disciplining students and faculty for political speech on social media. While many of the universities are private, and therefore not beholden to the First Amendment, they assure students of their commitment to open speech and debate in their student handbooks. Too often, when controversy happens, colleges are quick to condemn and fire rather than engage with speech.

Nicole Divers is a Martin Center intern and a senior at the University of North Carolina at Chapel Hill.

Federal Bill May Bolster Campus Free Speech, But Will it Go Anywhere?