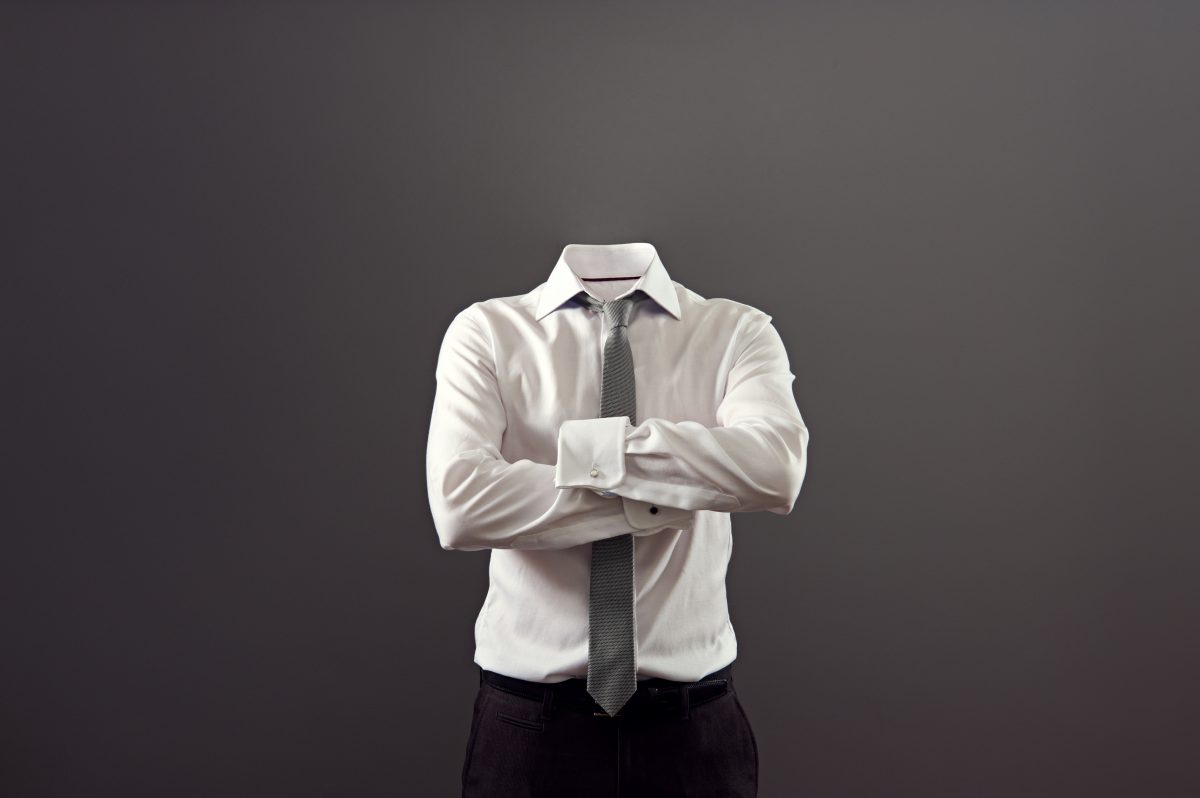 To say that the University of North Carolina at Chapel Hill has experienced racial tensions in the last few years would be an understatement. The most visible source of conflict has been the fate of the infamous—and illegally toppled —Confederate statue, Silent Sam. But even after the statue’s demise, activists at Chapel Hill insist that their work to root out racism from the university has just begun.

Activists do not believe UNC’s relationship with racism is only in the past. It is just as present today, only now it is largely “invisible” and “systemic” in the university’s curriculum, policies, and in the attitudes of students, faculty, and staff. The need for an all-encompassing struggle with this invisible racism, in their view, calls for an all-encompassing re-ordering of UNC.

And the university’s new chancellor, Kevin Guskiewicz, has made it part of his mission to validate activists’ evident contempt for the university by obliging their demands.

Within the first few weeks of becoming chancellor, Guskiewicz had already drafted initiatives that would further activists’ grievances against the university. However, as much as Guskiewicz may have convinced himself that such efforts will contribute to the university’s goal of education and the “improvement of the human condition,” it is much more likely to engender deeper resentment among those whom he aims to appease.

The first effort, implemented last fall, is the “Reckoning: Race, Memory and Reimagining the Public University Initiative,” which consisted of a series of courses students could take to explore the history of race at UNC. Some course titles include:

The commission will last for several years, with no defined end-date. But once it does reach an end, the commission will release a report with recommendations on how UNC-Chapel Hill can be a place of “inclusive excellence.”

During the commission’s first meeting on February 7, Guskiewicz opened the meeting by stating: “This is a historic day. We’re taking on something that I think is bold. I think [the commission] will be one of the most important initiatives on our campus over the next several years.”

Guskiewicz continued: “We know that some of the injustice, racism that has been part of our history is out there—we know it. There is a lot more that we have not yet understood.” He said that he believes the commission’s work will “allow the university to heal. That’s why I’m here today: to confront some of the hard truths of our history; give a voice to the long silence.” Failing to point to any concrete examples of the racism that is “out there” on campus, Guskiewicz then left the commission members to their work.

So far, commission members have met several times. For the most part, the discussions have been filled with pious—but vapid—rhetoric about the importance of the “conversation” they were embarking upon and the “questions” they were raising. But in between the hollow platitudes was an abundance of thinly veiled grievances and deeply embedded bitterness.

It did not take long for the members’ festering resentment to rear its head. During the first curriculum subcommittee meeting, UNC-Chapel Hill education professor Sherick Hughes stated: “There’s been a consistent story told by white people about everybody else and about how everyone else should feel and what they should do and how they should think.”

But in between the hollow platitudes was an abundance of thinly veiled grievances and deeply embedded bitterness.

Hughes argued that the current curriculum at UNC-Chapel Hill has an “underlying” motive that is aimed to disadvantage black people—a quiet and unseen racism. “There’s clearly been a hidden curriculum about race on campus,” Hughes said—although it is unclear how the existence of something can both be “clear” and “hidden.” He said curriculum is part of the social structure that puts boundaries around “ways of knowing.”

Hughes predicted that the commission would be battling to implement any curriculum changes proposed by the commission because he believes there will be individuals who only want one narrative to be told—that of “white people.”

“How do we educate people who are in the sense of—they want to hearken back to…” But before he finished his sentence Hughes stated: “I’m convinced that some of the board of governors want to hearken back to a time where the people of color here are grateful and silent”—an utterly absurd and melodramatic claim.

Larry Chavis, assistant professor of strategy and entrepreneurship, echoed Hughes’ disdain of white people: “white scholars literally pointed [sic] themselves as being able to tell everyone else’s story…the story of native indigenous populations, the story of blacks, the story of everyone.” To Chavis, there is no single “objective reality,” but rather everyone has their own narrative based on their own identity.

As an example, Chavis pointed to the new UNC Program for Public Discourse and stated, “there is a vein of thinking that there is an objective reality that we can put our identities and ourselves aside and discuss something in a very objective way.” He said he apologized if he “was mischaracterizing” the program, but that is how he interprets their mission. He pointed out how the program’s leaders talk “about getting teachers or professors to remove their politics from their teaching,” a tactic with which he disagrees.

During the same discussion about curriculum, co-chair Leloudis emphasized the importance of thinking “about ways from the outset we might work toward decolonizing the university.” He talked about the importance of putting front and center a “critical awareness of how power works, in this case through narrative.”

Leloudis also talked about how students across a range of identities feel invisible and hidden, and that students can feel marginalized even if they are unable to identify any actual sources of marginalization. “It’s obviously easy for many white students to go through the institution and be completely convinced by the idea that changing the mix of bodies on the campus somehow creates a more equitable and inclusive institution,” Leloudis said.

At the initial meeting, several members made clear that the time they dedicate to this “important work” comes with a price tag. Hughes argued that members of the commission should be able to ask for compensation since they are already doing “invisible work.”

“Has there been any conversation about any form of compensation? Whether it’s a course release—it’s going to be labor intensive and highly invisible,” Hughes said. He felt it necessary to clarify that his request for compensation was “not just for those of color, but those who aren’t of color as well.”

Danita Mason-Hogans, a project coordinator at Duke University’s Center for Documentary Studies, said that she was not interested in payment, as Guskiewicz had already given her what she asked for.

“In my response to chancellor Guskiewicz when he asked me to be on this committee, I expressed my concerns and asked: ‘I don’t require payment, but I would like to have $2,000 towards a housing board that I’m on,’ and he did that,” she said.

A handful of participants expressed skepticism about whether the commission would get any “real” work done, or whether the project was a mere symbolic checking of meaningless boxes. Mason-Hogans expressed concern about wasting her time on “something that was not serious.” Joseph Jordan, director of UNC’s Stone Center for Black Culture and History, asked:

What would be the modes of action, transport, thinking, arguing, and all the other kinds of things that we have at our disposal, to make sure they [the commission’s recommendations] get enacted? Because it wouldn’t make sense for us to be here doing this if we didn’t think those things were going to be able to take shape.

As Jordan continued, he expressed distrust of Guskiewicz and his leadership. “There is a concern that the administration here will [not] take what we do seriously…What does it mean to get engaged in that kind of effort [of enacting concrete policy changes on campus]?” He predicted that there would be “a set of forces” that will oppose their recommendations.

Co-chair Parker assured the members that “our expectation is that our work is going to be taken seriously. So, if that means something has to change, then we’ll do what’s necessary to bring about that change.”

UNC does have an abhorrent history of racism and slavery. No honest person denies or diminishes that reality. And honest scholarly research, archival work, and memorialization of that history is merited. One must ask, however, why past—and ongoing—efforts to document and study that history are not enough. Why give 15 activist scholars free rein to re-imagine UNC-Chapel Hill as they see fit?

Coleman Hughes, a black writer and fellow at the Manhattan Institute, expressed frustration at how progressives encourage black people to view themselves as perpetual victims: “Progressives ought not dodge the question,” Hughes wrote. “Why are blacks the only ethnic group routinely and openly encouraged to nurse stale grievances back to life?” He continued:

Cracks in the reparations mindset are beginning to show themselves. Whites are noticing that black leaders still use historical grievances to justify special dispensations for blacks who were born decades after the end of Jim Crow—and many whites understandably resent this. Asian students are noticing that applying to elite colleges is an uphill battle for them, and are understandably fighting for basic fairness in admissions standards. The majority of blacks themselves are noticing that bias is not the main issue they face anymore, even as blacks who dare express this view are called race traitors.

As Guskiewicz should have learned from past incidents on campus, the commission members will never be appeased, no matter how much he tries to accommodate their demands, because many of them have built a career and carved a professional niche out of nursing the “stale” grievances that Hughes describes.

Guskiewicz has put himself in an impossible situation.

As members of the commission made clear, there is no room for disagreement about the merits of the commission’s work and the policies they will eventually propose. In their view, either a racist element of the university community will oppose their recommendations, or Guskiewicz’s administration will dutifully embrace them.

Nevertheless, Guskiewicz must sincerely ask himself several questions. Does he understand that this commission wants to enact concrete policy changes that are based on the assumption that UNC-Chapel Hill is systemically racist? Does he agree that Carolina— its admissions policies, student life, faculty, students, programming, and curriculum—are tainted with invisible racism? Does he agree that certain members of the board of governors want black people to be “grateful and silent?”

It’s time for Guskiewicz to take a firm stand and put an end to the airing of “stale” grievances before UNC is dismantled, renamed, and “purified” beyond recognition.