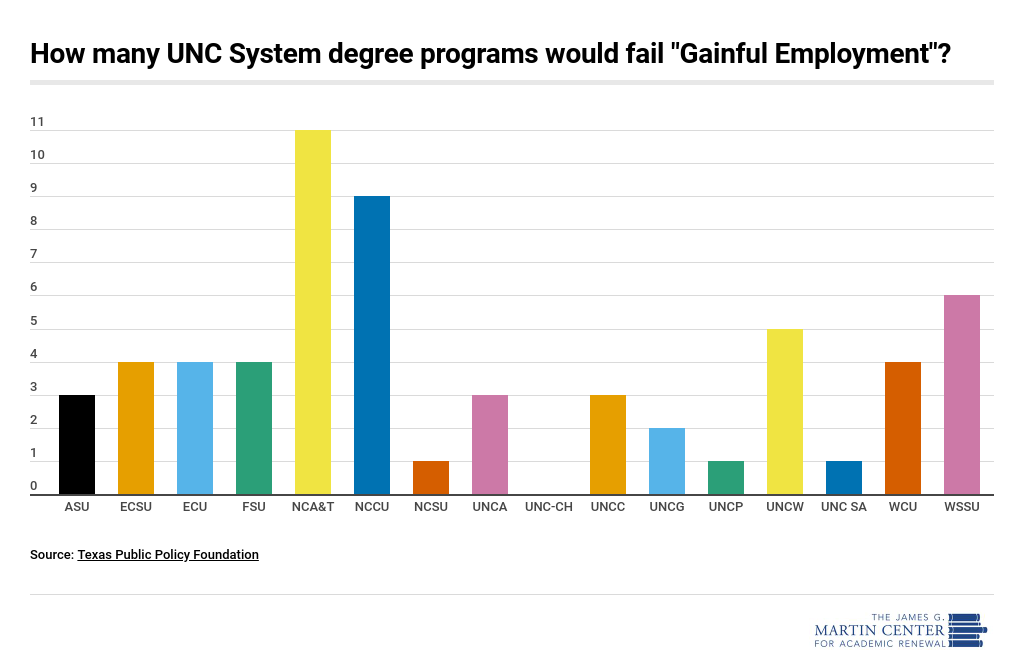 Too many North Carolina students leave their universities with too much debt and a degree that won’t pay off.

A new tool released in January by the Texas Public Policy Foundation (TPPF) reveals which programs give students the most (and least) return on their investment. The tool uses data from the College Scorecard as well as the now-repealed Gainful Employment regulations to determine which programs “pay off.”

The tool, “College Earnings and Debt by Major: Which college degrees are worth it?” is available here.

Surprise: The UNC System is Moving!