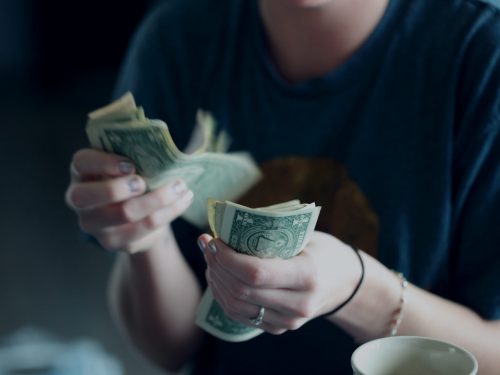 To fund the many perks and benefits of university life, schools charge extra fees beyond tuition and room and board. In the University of North Carolina system, students at each of the 16 member institutions pay, on average, more than $2,500 annually in mandatory fees.

Mandatory student fees are slowly going up at North Carolina public universities, making attendance more expensive and raising questions about the true need and value of the amenities they help provide. Those fees have risen by 16.9 percent since the 2015-2016 academic year, on average, and schools are planning another markup set to take effect this fall.

UNC system mandatory fees pay for a variety of university costs, including:

Each UNC school has a tuition and fees committee that meets during the fall semester to determine what additional revenue is needed. The committees include faculty, staff, and students. Rate changes agreed upon by the committees are then sent to the boards of trustees for approval, and chancellors ultimately submit them to the Board of Governors.

Any fee increase must be accompanied by expenditure plans and background information justifying their need. System rules limit mandatory student fees from growing by more than 3 percent overall each year, and the addition of new fees is currently prohibited. Mandatory student fees are the same for all students, regardless of whether they’re North Carolina residents, an undergrad or grad student, or if they live on-campus or off.

The Board of Governors discussed mandatory student fee increases for the 2020-2021 academic year during its January meeting and will vote on the issue in March. If the proposed increases are approved, fees will rise by an average of 2.4 percent across the system, from $2,611 to $2,674, but these increases are very different from school to school.

By fee type, campus security fees would grow the most: By 13.8 percent on average. However, they would remain inexpensive, ranging between $30 and $50. The fees support Title IX coordinators, campus security officers, and on-campus investigators. Four dollars per student go to the system office to support active shooter training on campuses and additional security personnel.

A much larger fee than campus security, student activities fees would see 2.6 percent growth on average, rising from $643 to $660. As the name implies, they support the upkeep of student union and intramural activity facilities, as well as student groups. Student governments have the power to direct where much of this money is spent, which can lead to on-campus political problems.

As David French of The Dispatch wrote,

Student fees prop up interest groups, and sometimes they support ideologically driven campus ‘centers’ dedicated to gender equity or LGBT equality. The end result is that students are involuntarily forced to fund an enormous amount of campus activism. It’s a comprehensive system of compelled speech that would be shockingly unconstitutional virtually everywhere but the academy, where the Supreme Court has ruled that the university’s educational mission gives it the authority to compel student funding [of] student expression.

The allocation of funds for student activities must be viewpoint neutral. It’s difficult, though, to identify and correct any wrongdoings. Student governments can impose their own requirements for student group funding requests and split funds across the ideological spectrum. Instances of alleged bias arise from time to time.

Outside of ideological battles, athletics fees may have the widest variation in cost and have a large impact on student life from school to school. They are commonly the most expensive fees that students pay, yet their benefits are unevenly shared.

Those fees support athletic scholarships, staff salaries, travel, and facility maintenance and operation. Each system school, except for the University of North Carolina School of the Arts, has athletic programs and mandates these fees. On average, schools have proposed a 2.8 percent increase in athletics fees, from $735 to $755 for the 2020-2021 academic year.

Most students who don’t play a sport will never get to use the locker rooms and practice facilities for which they paid. They can attend athletic events and get a discount compared to public tickets, but not all students care about sports and would rather spend their time socializing, working, or studying. And of course, students must pay athletics fees whether their school’s teams win or lose.

East Carolina University students would see the greatest increase in athletics fees, a 6.5 percent hike from $773 to $823. The East Carolina Pirates recently completed a round of major athletic facility updates, including a $60 million upgrade to the school’s football stadium. Its teams compete in the Division I American Athletic Conference (AAC), which includes nationally recognized colleges that are competitive, but not dominant. The school has experienced some tumultuous changes in leadership at the same time, including an instance where some trustees attempted to secure a student body president who would support their stances on issues like fee increases.

East Carolina, though, doesn’t have the highest athletics fee in the UNC system. Elizabeth City State University takes the prize instead. Students there are facing a 3.7 percent hike in athletics fees from  $899 to $932 to support the Vikings’ 11 varsity athletic programs. Elizabeth City State competes in the Division II Central Intercollegiate Athletic Association (CIAA), a conference of Historically Black Colleges and Universities that also includes Winston-Salem State University and Fayetteville State University.

On the other end of the scale, North Carolina State University and UNC-Chapel Hill have the lowest athletics fees, charging $232 and $279, respectively. Neither school has proposed increases for the coming year. They are members of the prestigious Atlantic Coast Conference (ACC) with large followings that generate revenue, especially in men’s basketball and football. Their athletic programs receive more revenue from media deals, apparel, concession and ticket sales, and alumni donations than other system schools do.

Athletics fees can comprise a large chunk of the athletic department’s budget. At East Carolina, 34 percent of the budget is thanks to student fees. At UNC-Chapel Hill, only 7 percent of its budget comes from student fees.

Beyond accounting, there are numerous ways to determine the value of these fees. In the 2018-2019 Director’s Cup ranking of the overall success of schools in Division I athletics, UNC-Chapel Hill finished 10th while East Carolina finished 148th. By that individual metric, East Carolina’s higher fees may not have been worth the money. Personal enthusiasm for a school’s athletic programs may also skew the value perception of student fees.

There is far more data that can be investigated on this subject, but it is clear that mandatory student fees at North Carolina’s public universities fund aspects of university life outside of education, like student activities and athletics, that can be of subjective value.

Those fees make students attending a UNC system school pay thousands of dollars more than they otherwise would. As fees continue to creep up, UNC leaders need to be mindful of the financial burden it puts on students trying to earn a degree.

Will Rierson graduated from the University of North Carolina at Chapel Hill with a degree in media and journalism. He previously served as the 2018-2019 John Blundell Fellow at the John William Pope Foundation.