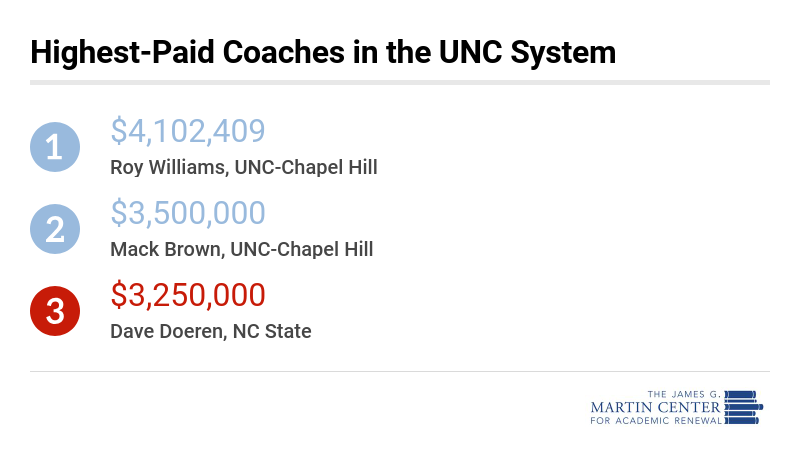 College athletics is big business. And head coaches of successful teams have the salaries to prove it, particularly in football and men’s basketball. Although sports are canceled, for now, it’s worth taking a look at spending on coaches’ salaries.

Across the UNC system, the average pay of head coaches varies widely. The table below shows average institutional salaries across the system. It includes all wages and bonuses an institution pays a coach as compensation attributable to coaching. But coaches often receive other bonuses and perks which are not included here.

According to USA Today’s NCAA salaries database, the highest-paid coach in the UNC system is Roy Williams, basketball coach at UNC-Chapel Hill. In 2019, he earned $4,102,409 in total pay. The institutional portion of his pay was $2,385,409. USA Today‘s database also includes bonuses in addition to coaches’ base salaries.

To read more from the Martin Center about college athletics, click here.