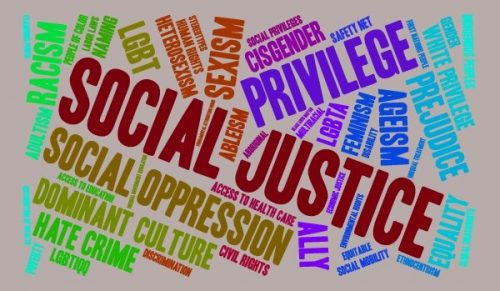 Editor’s note: This article is adapted from a December 6 speech at an event hosted by the National Association of Scholars and the Martin Center on social justice and identity in American higher education.

Social justice activists say they want to bring about a golden age. The road to the golden city always requires more gold from our pockets to pay the activists’ salaries. Social justice activists always work to create more activists. Everything they do in higher education has an eye to the bottom line—seizing control of general education requirements, of departments, of administrative offices. They want to do well for themselves as they do what they think is good.

Duke University diverts tuition and tenure to steer jobs to social justice activists by forcing students to take a Cross Cultural Inquiry course, which “encourages critical and responsible attention to issues of identity, diversity, globalization, and power.” That means courses like Organizing for Equity, Activism and Social Change, and Sounding Latinx: Literature, Listening, and Ethnoracial Othering in the U.S. The CCI requirement doesn’t just steer jobs to activists. It also forces students to sign up for social justice propaganda.

Wake Forest University’s Residential Engagement Communities program tempts students with the Community Engagement Theme house, where “We function as a home away from home that builds community and works to broaden what we define as ‘community’ while engaging in talks about the intersections of social justice and community.” Social justice colonizes the dormitory.

University presidents sell social justice to the public as all-American niceness. The Federal Trade Commission should book ‘em for false advertising. At UNC-Charlotte, social justice means the Office of Identity, Equity, and Engagement in the Division of Student Affairs runs a “White Consciousness Conversation” about “how racism is perpetuated individually, culturally, and systemically.” Dig down into social justice on campus, and you’ll find the radical political agenda of identity politics, multiculturalism, and “safe spaces.”

“Social justice” in America in 2019 means the radical, secular theory that ordinary American life is so oppressive that we must dedicate ourselves to liberating others from that oppression. Oppression means unjust social relations, which perpetuate the unfair distribution of goods and burdens. The oppressed liberate themselves to redistribute all these goods by splitting into identity groups who will fight to revolutionize the country.

Those with “privilege” must reject their privilege by becoming the silent, deferential allies of the oppressed. Liberation comes first. Everything else comes second—liberty, the Constitution, the free market. You must dedicate every aspect of life to achieving social justice. Any opposition is immoral and must be crushed.

Social justice education applies social justice theory to our schools. In higher education this means overhauling the university to support social justice and its aims. The words vary—diversity, inclusion, equity, multiculturalism, sustainability, civic engagement—but the goal is the same. Regulations, classwork, extra-curriculars, dorm life, hiring, publications for tenure—social justice educators yoke every part of campus life to social justice. They degrade education’s search for truth into the pursuit of power.

Social justice educators have captured the university by playing hardball administrative politics. This is a national movement. Social justice advocates campaign to create an environment where they can monopolize higher education administration and the professoriate for themselves.

Social justice advocates campaign to create an environment where they can monopolize higher education administration and the professoriate for themselves.

Next, the social justice cadres seize control of general education requirements. At Barton College, students must take a course in Intercultural Perspectives. At East Carolina University, they force students to acquire Global and Domestic Diversity Competencies. At Davidson College, students must pay for one course in Cultural Diversity and another in Justice, Equality and Community—courses like Art, Activism, and Environment; Latinx Sexual Dissidence and Guerilla Translation; Oppression & Education; and Theatre for Social Justice. Dictating these education requirements makes sure that students are subjected to social justice propaganda—and guarantees that more and more social justice educators get tenure-track jobs to teach these courses.

There are also whole departments in Social Justice dedicated to vocational training in left-wing activism.

Outside the classroom, a host of higher education administrators impose social justice through the so-called “co-curriculum”—offices such as Student Life, Residential Life, First Year Experience, Service Learning, and Diversity. So at Appalachian State University, the Division of Student Affairs pays for the Intersect Social Justice Retreat, “designed to help educate participants about the concepts of social justice and leadership through exploration of their own stories, the stories of others, and issues of oppression and privilege.” At Duke, the Samuel DuBois Cook Center on Social Equity funds the Cook Center Media Workshop, in which students “direct, edit and produce videos that highlight issues of social and economic inequality in North Carolina.”

Tomorrow, everyone who works for a university will be a social justice advocate. University job advertisements increasingly require commitment to social justice.

Davidson College’s advertisement for an Assistant Director for Civic Engagement declared that the job “focuses on the intersection of civic engagement and social justice issues.” UNC Greensboro wants an Assistant Professor of Program Evaluation “whose research agendas will have clear connections to equity, diversity, inclusion, social justice, or cultural responsiveness.” All jobs in higher education will be reserved for the small minority of the country that believes in social justice theory.

Social justice makes higher education half 1984 and half Tammany Hall, self-criticism sessions out of Mao’s China all mixed up with jobs for the boys.

The National Association of Scholars gives Americans a series of recommendations at the end of our report, Social Justice Education in America, about how to defend higher education from social justice advocates. The most important suggestion is to recognize that we face a nationwide movement to impose social justice orthodoxy and train social justice activists.

Why the Left Relies on Statistical Illiteracy