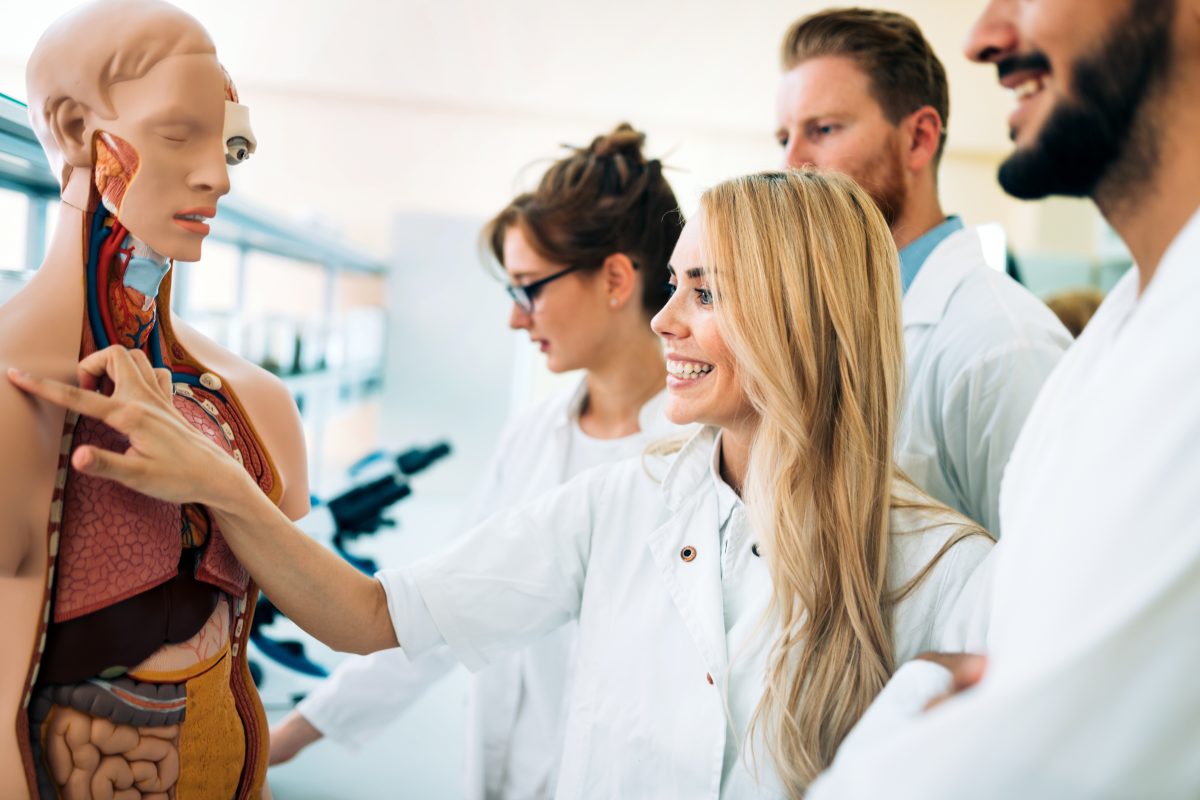 To be a successful doctor, it is no longer enough to make an accurate diagnosis and recommend an effective treatment. Today’s medical schools want their students to be well-versed in politics—and not just any politics, but issues embraced by the left. Left-leaning issues are weaving their way into the curriculum and woe to those who speak out, including faculty members.

Climate change is the newest charge. A coalition of nearly 200 health professional schools supports an initiative, backed by the American Medical Association (AMA), to instruct students on how the changing planet is impacting health and altering the course of illness and disease.

One could argue all the hysteria surrounding climate change is creating a medical issue, anxiety, especially among children. That is not, however, what the proponents of “climate medicine” have in mind. The movement is aimed at influencing world view—to train tomorrow’s doctors to look at disease and illness through a political lens of doom and gloom.

A sampling of some of the courses being offered in medical school paints a fuller picture of the inroads that climate alarmism has made.

The University of Colorado School of Medicine offers a course, Climate Medicine, that not only includes field trips to Rocky Mountain National Park but also teaches students how to write op-eds on the subject of climate change. The school also offers a fellowship focused on “climate change and health policy” for physicians.

A “Brain and Behavior” lecture at the Icahn School of Medicine at Mount Sinai Beth Israel explores how fossil-fuels are related to neurodegenerative conditions.

Stanford University School of Medicine student Anna Goshua told the Association of American Medical Colleges (AAMC) that she and other students are actively working on making climate change a regular part of her school’s curriculum. An elective will be offered starting in winter 2020.

“We’re the ones who are going to find ourselves on the frontlines of climate change. It’s important to be able to deal with these evolving threats and meet the needs of the people we’re going to be serving,” Goshua said.

Learning how to treat the effects of gun violence concerns those who will work in an emergency room, but instruction on gun violence is increasingly morphing into promotion of gun control. With the support of activist organizations, such as Scrubs Addressing the Firearms Epidemic (SAFE), students and faculty are lobbying deans to bring firearm injury prevention into medical school classrooms.

Curriculum advisors, like Stanford University School of Medicine’s Dr. Neil Gesundheit, are already on board. Gesundheit told WAMU radio he believed gun violence deserved the same attention as colon cancer and the way to get it into more medical school curriculums is to work more closely with the Association of American Medical Colleges (AAMC).

The idea is to get future doctors comfortable asking patients about gun ownership. The AMA, the American Academy of Pediatrics, and the Academy of Family Practitioners have publicly weighed in on gun control policies.

Medical schools are also trying to “move the needle” on social justice. The Yale School of Medicine (YSM), for example, makes no secret of its objective as it describes on its website the “concerted effort” by faculty, students, and staff to address “the marginalization of members of our society due to race, socioeconomic status, gender and sexual identity, education, or other factors.”

YSM offers a “U.S. Health Justice” elective. First-year medical students are required to take a course entitled “Making the Invisible Visible: Art, Identity & Hierarchies of Power.” But that is just the beginning of this initiative, as “there remains a need” to incorporate social justice even more broadly into the curriculum, according to the website.

Faculty have spoken out about this politicization of the medical school curriculum but have done so at their own peril. In an op-ed, Dr. Stanley Goldfarb described how he was “chastised” for not including climate change in the curriculum when he was an associate dean at the University of Pennsylvania Medical School.

Dr. Goldfarb explains how all of these political perspectives are finding their way into our medical schools: “As concerns about social justice have taken over undergraduate education, graduate schools have raced to develop curricula that will steep future educators in the same ideology. Today, a master’s degree in education is often what it takes to qualify for key administrative roles on medical school faculties.”

Medical schools are also trying to “move the needle” on social justice.

Furthermore, medical students looking for at least open debate on highly charged topics such as climate change, gun control, and social justice are finding their graduate programs no different from the left-leaning echo chambers of undergraduate institutions.

“In many cases, there is a strong bias in the selection of speakers and guests the school chooses to invite,” Anthony Fappiano, a third-year medical student at the University of New England College of Osteopathic Medicine, told the author. “In a class of 180 students and your professors, it can be challenging to speak up and discuss a more conservative or libertarian point of view.”

Frappiano says some of his fellow students stopped speaking to him after learning his viewpoint. “There were many times students would tell me I wanted poor people to die,” he said.

“There is an implicit understanding in medical schools that it is, for some reason, taboo that physicians should discuss or have any expectation of compensation,” said Chad Savage, M.D and owner of YourChoice Direct Care, a direct primary care practice in medicine. “It is somehow unseemly to expect compensation, and this engenders the belief that the only way to partake of medical care is via governmental transaction.”

Finally, who gets admitted to medical school is becoming more a matter of attitude and less a matter of academic ability. That is facilitated by the inclusion of more subjective questions on the Medical College Admission Test (MCAT).

The new MCAT, introduced in 2015, now takes nearly eight hours to complete and has a new section called “Psychological, Social, and Biological Foundations of Behavior.” It also renamed the “Verbal Reasoning” section to “Critical Analysis and Reasoning.” These sections ask test takers to consider an author’s point of view.

Behind this “holistic” approach is a man who has made no secret of his politics: AAMC’s president emeritus, Darrell Kirch, M.D., president and CEO of AAMC from 2006 to 2019. In a 2011 speech, Kirch referred to himself as a man on a mission to transform health care.

In 2015, Kirch praised the White Coats for Black Lives Movement, stating, “as community healers and leaders, we must do our part to address the systemic issues relating to inequality, social exclusion, racism, and bias that all too often are linked to the problem of violence in our society.”

Choosing a class that reflects the nation’s demographics is a respectable goal, but not if it comes at the expense of rejecting more qualified candidates.

AnneMarie Schieber is managing editor of Health Care News and research fellow at The Heartland Institute.