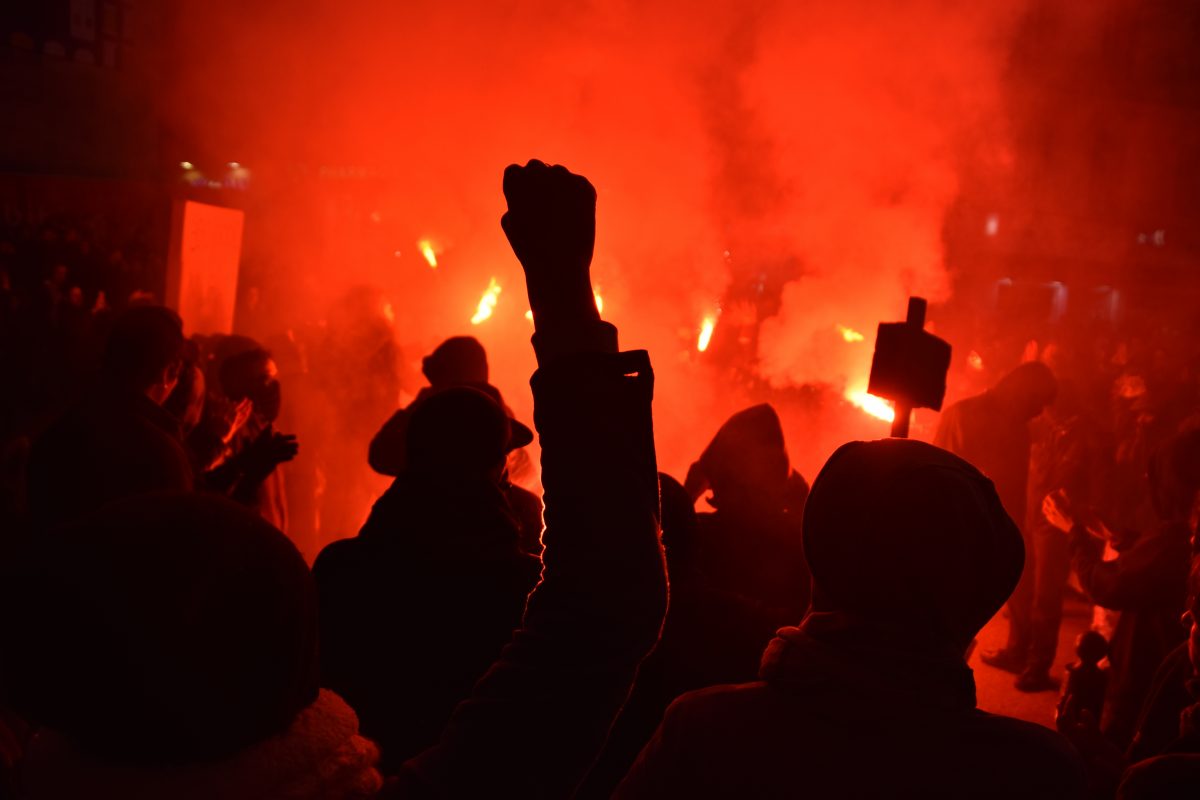 As education goes, so goes nearly everything else: politics, culture, and social cohesion. And those who form the minds of teachers—who, in turn, instruct young minds—arguably wield even greater influence. It is unsurprising, then, that schools of education, where teachers receive their training, are at the epicenter of ongoing ideological battles.

As the Martin Center’s Jay Schalin pointed out in his report released earlier this year, schools of education were politicized from their founding, but have become even more so over the years. Schools of education have particularly become the home of critical theorists—who aim to radically alter society according to a Marxist-informed vision.

Critical theorists’ campaign to insert their “revolutionary” ideas into K-12 classroom practice is evident in a recent proposal for the establishment of a charter school in Robeson County, North Carolina. The charter school is named Old Main STREAM Academy. The acronym STREAM stands for subjects in STEM (Science, Technology, and Math); the letter “R” stands for both the local Lumbee River and “Reading,” and the letter “A” stands for an “infused arts curriculum.”

Robeson County is one of the poorest counties in North Carolina. In the 2018-2019 fiscal year, the county was over $2 million in the red. It is also home to the state-recognized Lumbee Indian Tribal Association. In the 2017-2018 school year, over 42 percent of public school students in Robeson County identified as American Indians, mainly Lumbees. The proponents of Old Main STREAM Academy say that the school is specifically designed to combat large achievement gaps between the county’s white students and Native American students.

According to the application, Old Main STREAM’s  mission statement is the following:

The application also states that the school’s curriculum will be infused with “Red Pedagogy” which it describes as “place-based instruction” that incorporates “Indigenized concepts for teaching and learning.” The authors of the application claim that Red Pedagogy engages “Indigenous and marginalized students” because it teaches “positive identity.”

But the charter school’s application was eventually denied by both the Charter Schools Advisory Board and the State Board of Education for two main reasons.

First, some board members, such as Lindalyn Kakadelis, expressed concern that the wording of the mission statement excluded non-Indigenous students. “The mission statement was appalling to me,” Kakadelis told the Martin Center. She believed it was discriminatory since it only stated that it aimed to form “Indigenous leaders,” omitting any mention of other non-Native American students.

Olivia Oxendine, a member of both the State Board of Education and the Lumbee tribe, also thought the mission statement excluded those of non-Native American ethnicities. “I can’t support a charter school, as a member of the state board of education, a policymaker, that is going to, over time, cultivate more of a racial divide…A charter school cannot be a one-race school; it has to be multi-racial,” she told the Martin Center.

Kakadelis and Oxendine also expressed concern about the underlying philosophy of Red Pedagogy. “It is grounded in Marxism…it’s revising American history through the eyes of the critical theorist,” Oxendine said.

Oxendine told the Martin Center that she applauds place-based education—which incorporates local history and field trips into students’ course of study—but she believes that has very little to do with Red Pedagogy. She believes Indigenous students do not need Red Pedagogy to have a sense of belonging. In the end, she recommended that the applicants abandon the concept of Red Pedagogy and instead “build on the best of Robeson County.”

For her part, Kakadelis said: “I did not find one thing in the book [Red Pedagogy] that talked about the greatness of America…Everything I found was divisive instead of bringing unity.” The book’s author, Sandy Grande, later mocked Kakadelis’s remarks on Twitter.

Kakadelis and Oxendine—along with all of the other board members—have valid reasons to be suspicious of Red Pedagogy. The term was popularized by Sandy Grande, a professor of education and director of the Center for the Critical Study of Race and Ethnicity at Connecticut College. In 2004, Grande wrote a book entitled Red Pedagogy: Native American Social and Political Thought.

In her book and other writings, Grande decries how academe is dominated by white thought or “academic whitestream.” She states that her goal is to make space for Indian intellectualism and to reinvent or “reimagine school as a site of revolutionary struggle” and “social transformation.” Schools, she claims, committed a “cultural genocide against indigenous people.” In her view, educational reform must involve analysis of the “forces of colonialism.”

“It is grounded in Marxism…it’s revising American history through the eyes of the critical theorist,” Oxendine said.

Due to its emphasis on the centrality of race in the classroom, Red Pedagogy seems to fall into the educational philosophy of “culturally responsive teaching,” which itself has a lot of red flags. Educators of this school of thought tend to think that gaps in attainment between minority students and white students are due to teachers’ “implicit bias” and unfair treatment of students, which they argue is a form of modern-day “imperialism.” Other factors likely to affect differences in student performance such as family dysfunction and student motivation are ignored.

Nevertheless, a board member of Old Main STREAM Academy, Brenda Deese, is convinced that incorporating Red Pedagogy into the school’s curriculum and teacher training is the only way to improve Native Americans’ reading and math scores. “This [the proposed application] is the way,” Deese said at a meeting of the Charter School Advisory Board.

Deese continued by saying that Red Pedagogy is necessary to restore “resilience” in American Indian children—which has decreased over the last several decades. “You can go back to my father’s generation, and there were people who knew how to go out and get their education. We were taught that. And now when you look at their great-grandchildren, that’s not happening,” she said.

Deese’s example, however, undermines the credibility of Red Pedagogy. Its overarching claim and philosophical assumption is that American Indian students are the inheritors of the oppression suffered by their ancestors at the hands of European colonizers. But if their oppression stems from historical circumstances passed on from generation to generation, how is it that today’s students—who are further removed from the worst oppression than are their grandparents—don’t have the same “resilience” or ability to “go get” an education like their grandparents did? Deese’s example instead suggests that students’ struggles are the product of a more recent cultural shift that has taken place over the last few generations.

Indeed, while evidence supporting the benefits of culturally responsive education are rare and lack rigor, there is strong evidence connecting poverty, violence, and low-educational attainment with an unhealthy social fabric and unstable family structure. According to University of Virginia professor Bradford Wilcox, children who grow up with both a mother and a father in the same house are more likely to graduate from college and earn higher incomes.

Divorce rates in women 14 and above.

The report also states that “fewer than half of children under 18 who live on reservations live with two parents.”

The statistics for the Lumbees are similarly grim. According to 2010-2015 data from the U.S. Census Bureau, members of the Lumbee Tribe married less and had higher rates of marital separation in comparison with the statewide population.

Additionally, Lumbees are more likely to be on food stamps, have higher unemployment rates, and have  higher percentages of people not in the labor force.

Despite the compelling links between the lack of healthy social institutions and socio-economic ills, Grande and other proponents of culturally responsive teaching aggressively dismiss the connections. After noting that the American Indian population has disproportionately high suicide, drug abuse, and alcohol abuse rates, Grande argues:

The “Indian problem” is not a problem of children and families but rather, first and foremost, a problem that has been consciously and historically produced by and through the systems of colonization: A multidimensional force underwritten by Western Christianity, defined by white supremacy, and fueled by global capitalism.

Unfortunately, although Old Main STREAM’s application was rejected, Grande’s work is having an impact in K-12 schools in other parts of the country. During a recent radio show program—in which Deese and Grande participated—a guest called in to read a statement from a young teacher who was trained through the University of Arizona’s Indigenous Teacher Education Project.

In her comments, the teacher said:

Sandy Grande’s framework of Red Pedagogy is an influential framework that has guided my preparation as a teacher. As a member of the University of Arizona’s first Indigenous teacher education project cohort, we, the cohort, have studied her framework of Red Pedagogy to examine oppression and disrupt a biased curriculum by relating to our Indigenous students. As we all know, American history is biased in itself and it is a concern that our Indigenous students have faced and they know all too well.

She continued by saying that she does not teach her students about Christopher Columbus, but does teach them to mourn Thanksgiving. “I teach to develop a critical consciousness in my students and I can thank critical indigenous frameworks such as Red Pedagogy for guiding my path and thought process,” she said.

Clearly, critical theories like Red Pedagogy are ultimately directed to breed resentment toward the United States and Western culture. And while the history of the United States certainly has its serious flaws and mistakes—which regrettably has included the unfair treatment of Native Americans—education scholars like Grande seem to want to focus solely on those flaws and mistakes, as well as make up fictitious ones in the process.

Fortunately, North Carolina booted Red Pedagogy out of Robeson County. But if not halted at the source—in schools of education—critical theorists will continue their efforts to revolutionize the curricula at all levels of education until their vision to radically transform society is complete. Educators, parents, and policymakers must not let that happen.