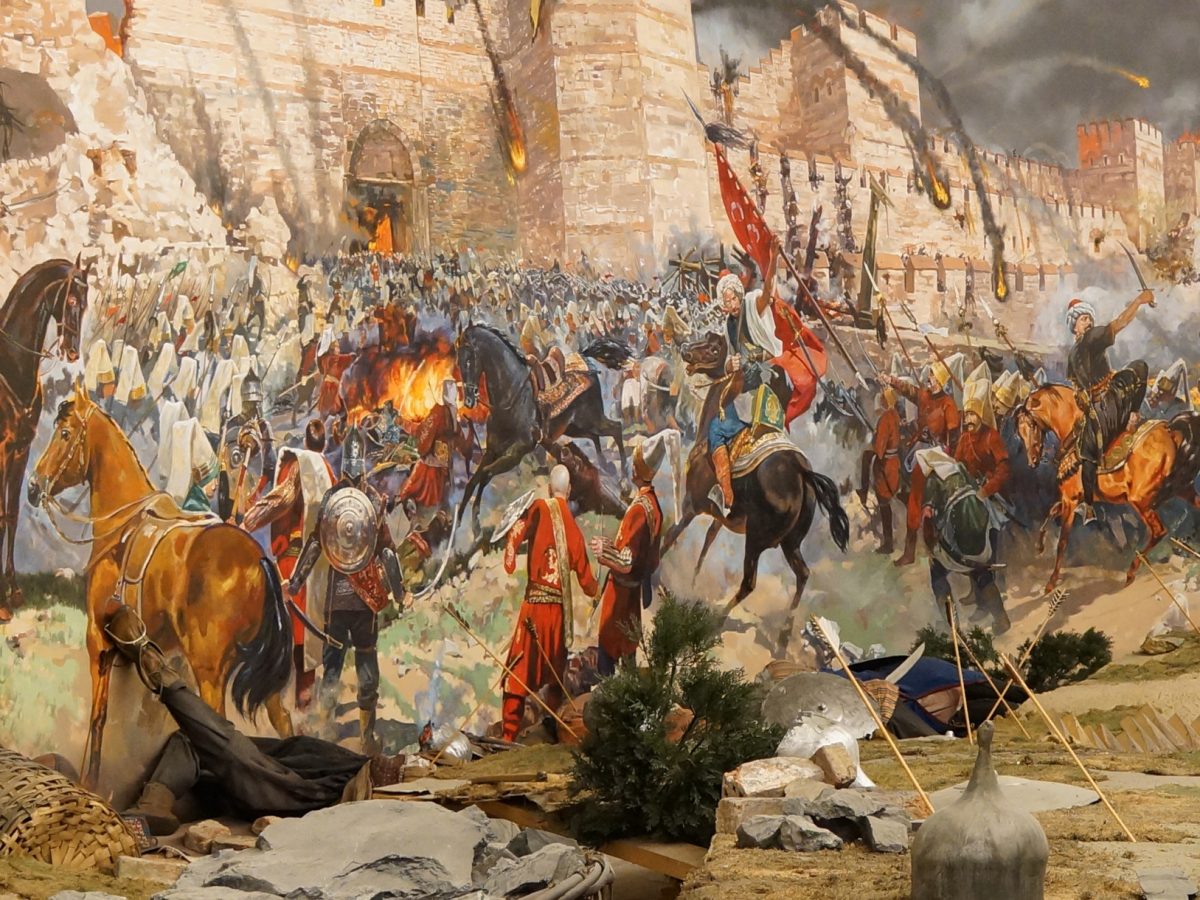 Since the 2008 financial crisis, the history field has seen a precipitous decline in the number of bachelor’s degrees awarded in American colleges. As Benjamin Schmidt, a historian at Northeastern University, reported in the American Historical Association’s Perspectives, the number of history degrees awarded fell by 30 percent—from 34,642 to 24,266 in just nine years from 2008 to 2017.

History’s steep decline is not an anomaly, but part and parcel of a broader “crisis” in the humanities. STEM has steamrolled these disciplines on college campuses: Computer science has more than doubled its students between 2013 and 2017. Moreover, critics have made punching bags out of history, humanities, and social sciences writ large.

However, from the perspective of a freshly minted history graduate like myself, history departments are uniquely inspiring homes for an undergraduate education.

Indeed, history as a discipline is constantly engaging with the public, critiquing itself, and evolving through contemporary debate. Just as important, majoring in history prepares students for fulfilling and financially rewarding careers.

I studied history and political science at Miami University in Oxford, Ohio and am continuing my studies in history at the University of Cambridge. Had you told me five years ago that today I would be preparing for a career as a professional historian, I would have burst into laughter. It was only after the first session of my first class at Miami—“The History of the Graphic Novel”—that I decided to lean into my interest in history as a major.

I then discovered a department full of passionate professors dedicated to teaching and presenting historical topics in innovative ways. During “Food in History,” a course co-taught by nearly a dozen Miami historians, Elena Albarrán explained the significance of tortillas in Latin American history and demonstrated how to make them from scratch. I can recall the exact number of hand “pats” it took to form the tortillas: 33.

Over a feast of falafel, hummus, kebabs, dates, and baklava, Matthew Gordon delivered a lecture on the history and political dimensions of Middle Eastern dining customs and etiquette. I later served as an undergraduate teaching assistant in Stephen Norris’s course on European films about World War II, which was full within minutes after opening for registration. The reason? Norris had reframed his course as “History at the Movies”—not, say, “WWII in 20th Century European Film”—and structured it around questions about whether or not films can be “histories.” At the end of the semester, several of the students in my discussion group added history as a second major.

Beyond any single course—no matter how many movies or free food is included—the history major prepares students to meet the demands of dynamic workplaces in turbulent economy.

Though seemingly frivolous, courses like “Food in History” actually train students to adjust to sudden changes and roadblocks in life. In a “job-hopping” economy like ours, there is no greater skill. Indeed, history not only teaches concrete skills (e.g., data interpretation and primary source research) but also develops in students a much broader ability to synthesize large quantities of information and reason through intricate puzzles and problems. It is for this reason that the humanities, in general, are among the Princeton Review’s “best pre-med majors.”

And history, of course, teaches students how to bring these skills to bear in substantive historical research. In Andrew Offenburger’s senior capstone course on the history of news, for example, students spent more than half of the semester conducting crowdsourced primary source research on Goodwin’s Weekly, a small, early 19th-century newspaper in Salt Lake City. SourceNotes, a digital humanities tool created by Offenburger and others to digitize primary source research, allowed each student to develop a research paper throughout the semester.

Through teaching students to answer complex historical research questions and deliver a refined research product, courses like Offenburger’s sharply contradict the quip that history is a “useless” major. Departments that offer courses like Offenburger’s and Albarrán’s are serious about teaching their students more than how to write well. Among many other skills, they develop in students an ability to tackle a wide range of problems.

The history major is a program of learning which prepares students for fulfilling careers and engaged lives.

In fact, LinkedIn’s research on the job skills employers desired found that the three most-wanted “soft skills” were creativity, persuasion, and collaboration—all skills developed in a class like Offenburger’s. But don’t just take my word for it. Microsoft’s president and another top executive recently wrote that “Languages, art, history, economics, ethics, philosophy, psychology and human development courses can teach critical, philosophical and ethics-based skills that will be instrumental in the development and management of AI solutions.”

To boot, history majors can expect good compensation in their careers. Among history majors between 25 and 64 years old, the median income for those in community and social services is $45,000, with $47,000 for education, $80,000 for managerial positions, and $100,000 for legal occupations. Overall, the median is $60,000 per year. And when history majors with graduate degrees are factored in, the median rises for all majors at 13 years into a career.

The argument that history majors are worthless simply does not hold up when we look at the data.

According to Georgetown’s Center for Education and the Workforce, for example, the median income for those with BAs in history is $54,000; for those with graduate degrees, the median is $80,000, with the 75th percentile rising to $128,000. These incomes aren’t that different from those of general business degree holders, whose medians are $65,000 and $89,000, respectively. Of course, when we compare history majors with specialized degrees in accounting, engineering, or finance, the gaps between median income rise.

However, by virtue of their broad liberal arts education and robust training in fundamental analytical skills, history majors are able to enter innumerable industries, whereas accounting, engineering, and finance majors are trained in specific skill sets that have fewer opportunities for application. Indeed, as the popular employment site Glassdoor reports, history majors end up as journalists, politicians, and lawyers, or as professionals in museums, non-profits, or universities, and others enter related fields like finance, international relations, and management. Others have gone on to become CEOs of companies like YouTube and HP.

This is neither a sleight-of-hand swipe at business and STEM majors nor an attempt to bring everything under history’s tent. Instead, it’s a presentation of facts usually ignored when the value of a history major is discussed. This article is an attempt to better-inform students when they compare majors.

Yet to focus on compensation alone in education, and the broader debate of which this article is a part, is to miss one of the deeper goals of education in the humanities. The history major, as I’ve argued elsewhere, is not simply a pathway to gainful employment, but a program of learning which prepares students for fulfilling careers and engaged lives.

Beyond securing a steady paycheck, studying history prepares people to shape their own lives and careers in an ever-changing economy. It trains students to tackle the kinds of complex ethical and historical questions that require attention in our own lives—not just the workplace. Studying history, English literature, sociology, or any of the humanities has the distinct double benefit of preparing students for dynamic careers and equipping them with a historical self-consciousness and ability to grapple with big questions that make for a fulfilling life.