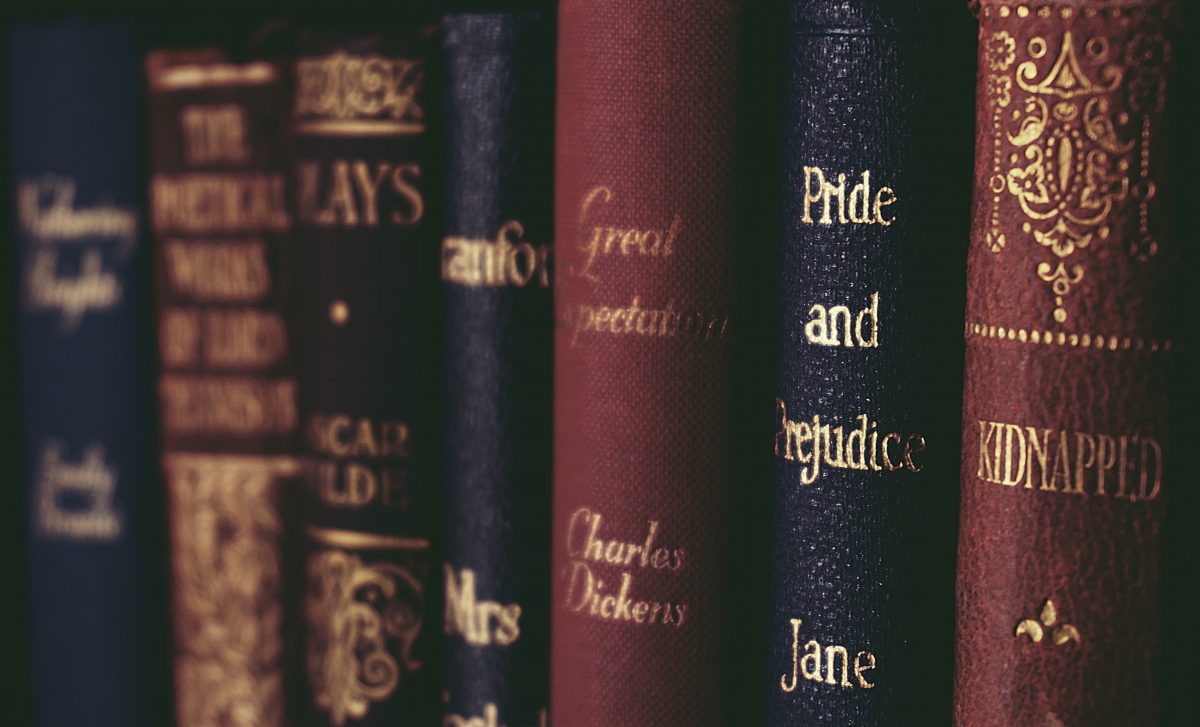 Tara Westover and her family lived off the grid on Buck’s Peak, a mountainside in Idaho so remote that life there was anchored in “circles of perpetual change that, when complete, meant that nothing had changed at all.” Tara’s father, a Mormon fundamentalist whose family had been living on the Peak for a half-century, ruled it as his kingdom, where he prepared for Jesus Christ’s second coming.

He “lived in fear of time,” as Tara wrote in her memoir, Educated—but time still transpired in his world, even if it was ending.

Educated details Tara’s escape from that world, the creation of her own life at Brigham Young University and, later, her development as a young scholar at the University of Cambridge. Yet what defines the arc of her story is not simply education, but her conscious choice to embrace education as a means of deliverance from an unpleasant past. Our personal histories, however unpleasant, can rarely be forgotten, but Tara’s story demonstrates how a liberal education can equip students with the tools to interpret these histories. It’s a memoir that, perhaps unintentionally, captures just how liberating the humanities can be.

The Westover parents homeschooled all their children. On Buck’s Peak, education was “entirely self-directed,” as Westover remembers it. Education was merely an open pitch, inviting exploration—but only when the children weren’t at work preparing for the Days of Abomination.

Indeed, an ever-present possibility of apocalypse loomed in the family’s psyche. As such, summertime was not enjoyed as a time of play, but constituted “canning season” for Tara and her siblings. The family’s military-grade 50-caliber rifle was a similar investment for the future. Beyond the preparation of provisions, the family’s Mormon fundamentalism, as interpreted by Tara’s father, forbade the use of modern medicine, a false god “whore[d] after” by the “faithless.” Herbs were “God’s pharmacy,” and Tara’s parents considered their use as a “spiritual doctrine.”

Tara’s “worth felt conditional:” “What was of worth was not me, but the veneer of constraints and observances that obscured me.” Educated captures the echo of this realization in Tara’s formal education “of a young girl rewriting her history.” As such, Westover’s is a story that reveals how education, however broadly defined, is a means for a more critical engagement with one’s past.

After much intra-family fighting about college, Tara decided to enroll at Brigham Young University. Her transition to university life was harder than her original decision to leave home. She had to learn about the culture of campus life, both the academic and the social sides. After weeks struggling in class, she discovered that textbooks were the bread-and-butter of studying. She adjusted to communal living and the norms of hygiene, such as washing her hands with soap after using the bathroom.

Those difficulties forced Tara to answer the famous question posed by Mark Edmundson: “Who are you and what are you doing here?” Tara answered that question by studying intellectual history and, eventually, the University of Cambridge, where she earned her D.Phil. on a Gates Cambridge Scholarship. As Tara’s education advanced, however, the acerbic echoes of home faded. Her father became a “smaller” authority in her life as she realized that he was trapped in his own head. The “literal and mental” distance Tara had traveled at BYU and Cambridge was staggering. An insurmountable crevasse opened between Tara’s worldview and her father’s.

To read Educated is to read of that realization’s impact on the development of a mind, to immerse oneself in a text about “the conviction to live in your own mind, and not in someone else’s.” Readers may be tempted to interpret Westover’s Educated as the latest iteration in a trend of memoirs about rural poverty (such as J.D. Vance’s Hillbilly Elegy), but to classify Westover’s story as such would be to capture only part of her self-portrait.

Her intellectual transformation from an inquisitive but disadvantaged young girl into an ambitious scholar is Educated’s defining arc. Indeed, Westover’s formal education, and her choice of history as a major, signifies more than a career choice. It represents the determination with which Westover distanced herself from and developed beyond the stultifying seclusion on Buck’s Peak, and thus the cultural, spiritual, and intellectual isolation that defined her childhood.

Tara’s crucial insight, however, is this: A college education, no matter its location, cannot deliver us from the past. Education can only equip us with the tools to interpret and live with that past. In fact, for all her academic achievements, Tara writes that she remained “two people, a fractured mind.” Drawing on John Stuart Mill’s On Liberty, here Tara conveys the true value of being educated, that is, the ability to critically engage with one’s history.

Tara conveys the true value of being educated, that is, the ability to critically engage with one’s history.

A liberal education, however, is not just essential for the self-reflection and formation captured in Westover’s story. It is a central component of responsible citizenship.

Just as education enables us to analyze and explain the encounters and interactions that constitute our personal histories, education also empowers us to become engaged citizens. Indeed, engagement with one’s community—regardless of whether that engagement is of a custodial, conservative nature or more critical in approach—is facilitated by an awareness of its history.

Contemporary debates about higher education often fail to convey that a college education is liberating, and not only because of the independence it offers young students. Disciplines such as art history, French literature, and philosophy can each equip their students with the emancipatory tools of self-reflection, thereby helping students situate their own histories and aspirations within the wider world. No wonder, then, that those disciplines can also be the training grounds for engaged citizens. Despite university cuts and enrollment figures to the contrary, a liberal education remains a reliable road for personal and political development.