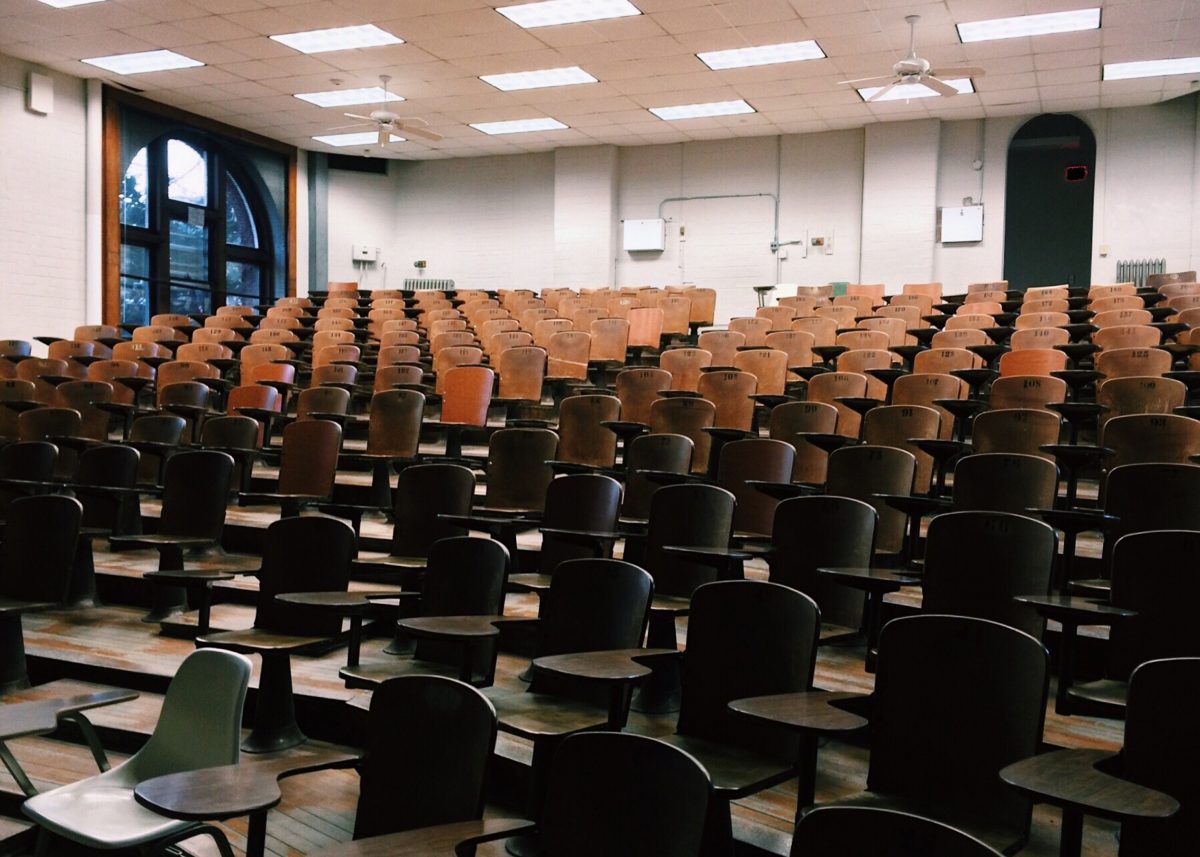 Nationwide, higher education enrollment has been trending down for several years. According to the National Student Clearinghouse Research Center, 2019 was the eighth straight year of decline, with an overall drop of nearly 10 percent since 2011.

The reasons for this are many, including political, economic, and social factors. But the main one is demographic: Fewer students are graduating from high schools—not because graduation rates are down, but because birth rates fell by about 4 percent from 1990 to 2001.

Unfortunately, it’s only going to get worse. The number of live births in this country began another steep decline in 2008 following the Great Recession—one that is still ongoing. As a graph created by the National Center for Health Statistics and published in Bloomberg clearly illustrates, 2018 saw 12 percent fewer births than 2007, with no rebound in sight.

All of this means that, while college enrollments might fluctuate somewhat over the next several years, in 2026—when the children born in 2008 and after begin reaching college-age—enrollments will plunge.

As The Chronicle of Higher Education points out, and the Bloomberg article affirms, “The Great Enrollment Crash” will disproportionately affect community colleges, mid-sized regional universities, and small liberal arts colleges, twenty of which have closed their doors just since 2016. The well-endowed, elite privates will no doubt be just fine, as will large state flagships, with their popular football teams and waiting lists. But many smaller schools will be hurting—and more will probably join the “defunct” list.

The challenge for those institutions, then, is to devise a plan for surviving the crash.

Unfortunately, most of the advice they’re receiving from The Chronicle of Higher Education, Bloomberg, and elsewhere involves doubling down on what they’re doing now—even though, based on current enrollment trends, what they’re doing now doesn’t appear to be working. Simply doing more of it and doing it “better” (as Bloomberg puts it) strikes me a losing strategy.

I have my own advice for institutions in the demographic crosshairs.

Downsize. First, many colleges need to get smaller. I realize that goes against the grain; for years, every single higher education institution in America, from the tiniest rural liberal arts college to the largest urban flagship, has had enrollment growth as its primary goal. Their answer to past downturns has been to add programs in order to attract more students.

In the coming crash, that strategy won’t work. There will be no more students to attract. Those campuses are going to get smaller anyway, in terms of enrollment, so they might as well start figuring out how to get smaller in other ways. That will require them to cut programs and lay off faculty members. Any degree program that is not carrying its own weight—that doesn’t have enough students to justify the number of faculty required— needs to go.

A good place to start is with redundant graduate programs. How many Ed.D. or English Ph.D. programs does one state need—especially when graduates struggle to find full-time jobs (and will struggle even more when there are fewer students to teach)? By eliminating superfluous graduate degrees, institutions can save money and reduce the glut in the academic job market at the same time.

Deflate. Another thing many colleges need to “downsize” is their ego. The past two decades have seen unprecedented mission creep across the higher-ed landscape, as two-year colleges morph into four-year schools, regional colleges pursue reclassification as universities, and small universities aspire to R-1 status. Yet in attempting to expand their mission, many institutions succeed only in watering it down, moving away from their core function of providing technical degrees or transfer courses or training their region’s teachers, managers, and health care professionals.

Such unchecked expansionism must end if at-risk institutions are to survive. We don’t need community colleges to offer four-year degrees, nor do we need regional universities to become research institutions. Those campuses that persist in trying to be all things to all people will likely, in the future, find themselves stretched too thin—perhaps to the breaking point.

Discount. To survive the crash, institutions must also lower the cost of attending. I know admissions counselors already use the word “discount” to describe a student’s financial aid package—the difference between the college’s price tag and what the student actually has to pay. I’m saying they should cut the up-front price before financial aid, perhaps by as much as 50 percent.

Even with grants and scholarships, students still pay between $15,000 and $20,000 a year to attend a middle-of-the-road regional university. I doubt they’ll be willing to pay that much in the future (or the equivalent in 2026 dollars), nor will they need to. At that point, higher education will indeed have become a classic buyer’s market: Institutions that fail to adjust will have priced themselves out of the market.

How do colleges pay for a price cut?

Start with my first two suggestions. Eliminating dead-weight programs will save millions, as will putting unnecessary plans for expansion on (permanent?) hold.

In addition, many faculty members will have to teach more—which shouldn’t be a problem for colleges that have their priorities straight. At institutions where teaching is the primary mission, with research secondary—which ought to be the case for all but a handful of colleges nationwide—professors can easily teach four courses each semester, rather than three.

Dot-connect. One of the best things colleges can do to distinguish themselves from the competition in a buyer’s market is to focus on career development.

I don’t believe the sole purpose of a college education is to provide job skills. Learning is valuable in its own right. At the same time, students are (understandably) looking for some return on their investment. They have every right to expect that what they learn in college will bear at least some relationship to the things they’ll be expected to do once they graduate.

Those campuses that persist in trying to be all things to all people will likely, in the future, find themselves stretched too thin.

That’s why institutions that connect the dots will stand the best chance of thriving in the new education economy. By “connect the dots” I mean first, making sure there is a clear link between the curriculum and the skills employers seek and, second, consistently demonstrating that link to students, on a course-by-course basis. Students who believe their classes will not only help them get a job in their chosen field but also ultimately lead to long-term career success will be more willing to invest time and money into taking those classes.

Depoliticize. Although the main reason for the current enrollment decline is demographics, that’s not the only reason. Conservative parents are increasingly reluctant to send their kids off to state schools where they fear they will be corrupted by the hedonistic lifestyles of their fellow students and indoctrinated by faculty and staff into a Marxist worldview. Speaking both as a parent and as a professor at a large state university, I consider those valid concerns.

While institutions might not be able to do much about their students’ lifestyles, they certainly can do something about the indoctrination. I’ve never understood a business model that advocates intentionally alienating roughly half of your potential client base, but that’s what colleges and universities have been doing when they allow the curriculum to be politicized. Perhaps that didn’t matter so much when higher education was a seller’s market. It’s not working so well now that the advantage has flipped to the buyer, and there is more information than ever about what really happens in classrooms.

Those institutions that make this adjustment will likely survive. The rest may very well find themselves joining the ranks of the newly defunct, wondering what went wrong and blaming people like me for being unwilling to enable their excesses with unlimited tax dollars.