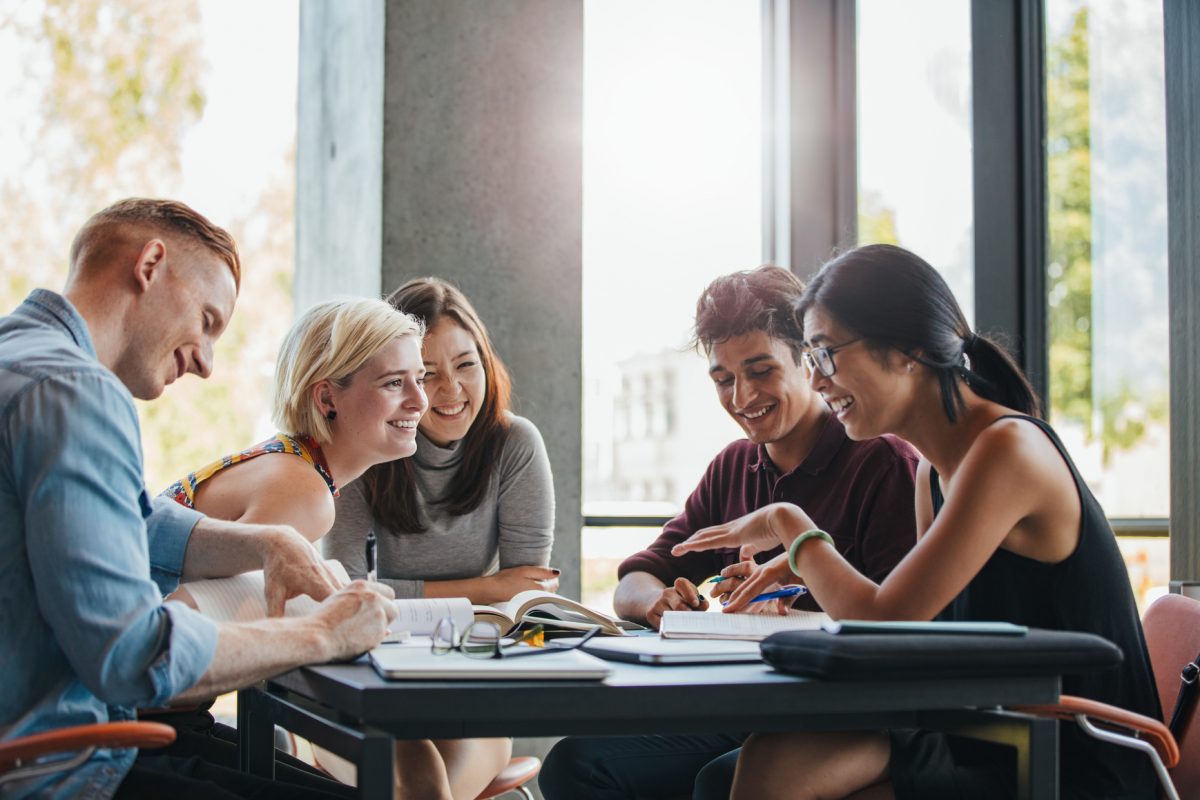 For some, it’s financially practical. The low cost of community college allows students to virtually cut the cost of their education in half. Other times, 18-year-old students do not have the maturity that a rigorous university education and independent living require. And in some cases, community college acts as a “second chance” for those who were not admitted to their university of choice.

But navigating the transfer process can be daunting—even for the most driven students. Successfully transferring to a four-year school requires a lot of guidance and proactive planning.

While most community colleges offer advising services, there is a program in North Carolina that goes above and beyond in its efforts to ease students’ transition to a four-year university. Not only that, students who are accepted into the program are guaranteed admission to the state’s flagship university, the University of North Carolina at Chapel Hill. The program is called the Carolina Student Transfer Excellence Program (C-STEP). Thirteen of the state’s 58 community colleges participate in C-STEP. Wake Technical (Tech) Community College is one of those thirteen.

The Martin Center spoke with Wake Tech C-STEP advisor, Derrick Nantz, to learn more about the program and how it has helped North Carolina’s students.

You are an advisor for the Carolina Student Transfer Excellence Program at Wake Tech. How long has the program been around? Can you tell us a little bit about how the program works?

Has the program been growing lately?

The program has been growing a lot. When I started, there were about twenty to twenty-five students year to year and now there are around forty. We’re about to admit a new group with maybe about five to ten, so it’s definitely a growing program. It’s all privately funded. Last year UNC had a big announcement that the C-STEP program received a $1 million grant from the GlaxoSmithKline Foundation, and it targeted STEM majors.

The largest group of students interested in C-STEP is STEM majors. The foundation projected jobs in the Wake County area—and really in the North Carolina area—to grow 13-15 percent and they want some of the graduates from UNC to stay in the area. So they gave us a $1 million grant targeting STEM majors where STEM majors will have more programming at UNC, additional help, summer programming, and mentors and advisors.

What requirements do students need to meet to participate in the program?

It requires an application. We often get students in their first year, or often they apply in their senior year of high school. They have to have a 3.2 GPA. The application requires essays and two letters of recommendation. Originally, the program was targeted at students who are first-generation or low-income students, but we’ve really been able to accomodate whoever we find who is a great student who’s a good fit. Once students are accepted, they have to go through the programming that we have at Wake Tech or the other community colleges. They are guaranteed admission to UNC if they follow through with the programming and they maintain a 3.2 GPA.

The programming consists of monthly meetings—sometimes more than that. There are meetings where we have administrators from UNC come and tell students what life is like at UNC: what opportunities exist, how to fill out financial aid, what kind of opportunities there are in study abroad, or what scholarships are available to them. We have UNC advisors come twice a year to advise students on what the transition is going to be like and what classes they are going to need to take. Although we function as their advisors at Wake Tech, we’re pretty focused on having them graduate from Wake Tech. The advisors from UNC come looking ahead to what students will need for their major at UNC.

We also have programming at UNC, so sometimes we go there. At UNC, there’s a C-STEP kickoff event in September where they meet students from the other community colleges and they hear from an array of speakers—several of them being students. In the spring, there’s a whole day of programming that involves a scavenger hunt where they pair up in groups and try to get acquainted with the UNC campus. They hear panel discussions from UNC professors who are used to teaching transfer students or freshmen and sophomores. They usually discuss the kind of challenges transfer students have: Either moving from high school or community college to the rigorous research-based university that UNC is.

We also do a shadow program where we pair students with someone who is their major at UNC, and they go to a day of classes with them. We have some nursing majors that go for shadow days in the nursing lab or the hospital—so it’s really all-access.

In one of our meetings, we have Wake Tech students who are currently at UNC come back to Wake Tech and sit on a panel and let our current students ask them whatever they want as far as the challenges they saw, or mundane questions like “what’s your favorite place to eat on Franklin Street?” Just a series of questions that are of general interest to ask them. The students find that session really helpful because they hear straight from students who just experienced their switch from Wake Tech to UNC.

How has the program helped students?

I find the benefits of the C-STEP program to be two-fold. One: It gives students a cohort of friends or peers—people who are going to hold them accountable and help motivate them. It’s a cohort to transfer with, of friends they can rely on. A lot of the time we hear transfer students don’t have that, and when they transfer as juniors they find that people have already formed cliques or study groups or they all know each other and they kind of feel lost. Second: We ease their transition by giving them contacts, by helping them already know the campus, and by helping them understand what the requirements and expectations are at UNC.

As advisors, we meet with students weekly, bi-weekly—I have students who drop by my office every other day. We try to form good mentoring relationships where they can drop by our office anytime they have challenges. In the C-STEP program, we’re trying to cultivate the kind of habits they’ll need at UNC; because even though they might be intelligent, UNC requires more than intelligence: It requires application and cultivating the right study habits.

Why do students choose to start at Wake Tech instead of a four-year university? How many students are enrolled in C-STEP at Wake Tech?

We find students who come because it’s cheaper; we find students who find a large university intimidating. Some of them have already applied to UNC and they got rejected, so this is kind of a second chance. Some of them have heard about the program in high school and they had unfortunate circumstances in high school: They wanted to go to UNC, or some other good university, but they just had an unfortunate circumstance. UNC, with the many applications they often get, they can’t look personally at everybody’s background and what may have happened.

I had a student, for instance, who was adopted from South America at the age of thirteen or fourteen, and so her grades freshman and sophomore years of high school were very low. She didn’t even know English very well, but she is a very bright student. UNC would just look at her overall GPA and say “it’s not cutting it.” Instead, she came to the community college, got straight A’s in her first semester, applied to the C-STEP program, and then she successfully graduated from UNC. So it’s kind of a second chance; a chance for us to look more personally, since we don’t have as many applicants.

What are some of the hurdles that students face when transferring?

Some of them are not used to the coursework, the rigor. Many of the students at Wake Tech live with their parents or they have part-time—sometimes full-time—jobs, which you just can’t have at UNC: Your school is your full-time job.

How successful are C-STEP students—during the program and after they transfer? Is there any data on how many students participate and what schools they transfer to?

C-STEP students at Wake Tech that transfer to UNC have an 81.6 percent graduation rate after three years at UNC. That’s in comparison to 68.3 percent for the rest of the community college transfer population to UNC. We just calculated this data recently.

The final GPA from Wake Tech C-STEP students is a 3.1 when they graduate from UNC, as opposed to a 2.8 for non-C-STEP community college students. Part of it might be self-selective: Students who are motivated, are goal-directed, our program is something they look into and apply for. We offer a lower transfer rate. The average transfers to UNC is 3.75 GPA. For us, it’s a 3.2 [GPA]. The reason for that lower standard is that, under two years, we try to give them the resources and guidance they need to step up to the plate.

We do have some students who drop out of the program for whatever reason. I would say that out of twenty we usually have one or two that drop out every year. We usually have twenty in each cohort, forty total. We probably have a 5 or 10 percent dropout rate. And this can be for a variety of reasons: I had two students drop from last year to this year, and it was both because they moved to another state. Sometimes it’s because they even find the community college too difficult—it can be for a variety of reasons. But usually no more than that.

What I love most about this program is that these students are very self-motivated. They have big dreams and big goals and part of what I love about advising the program is seeing students grow from high school age just getting to Wake Tech to becoming researchers. Some of these students I’ve seen go on to law school, one is at med school at UNC; there’s another student from our program who entered right when I started and he is currently in California in a PhD program in psychology. We have at Wake Tech another girl who is a nightly news reporter in Florida. They go on to do great things and to achieve their dreams, which is a lot of fun to watch.