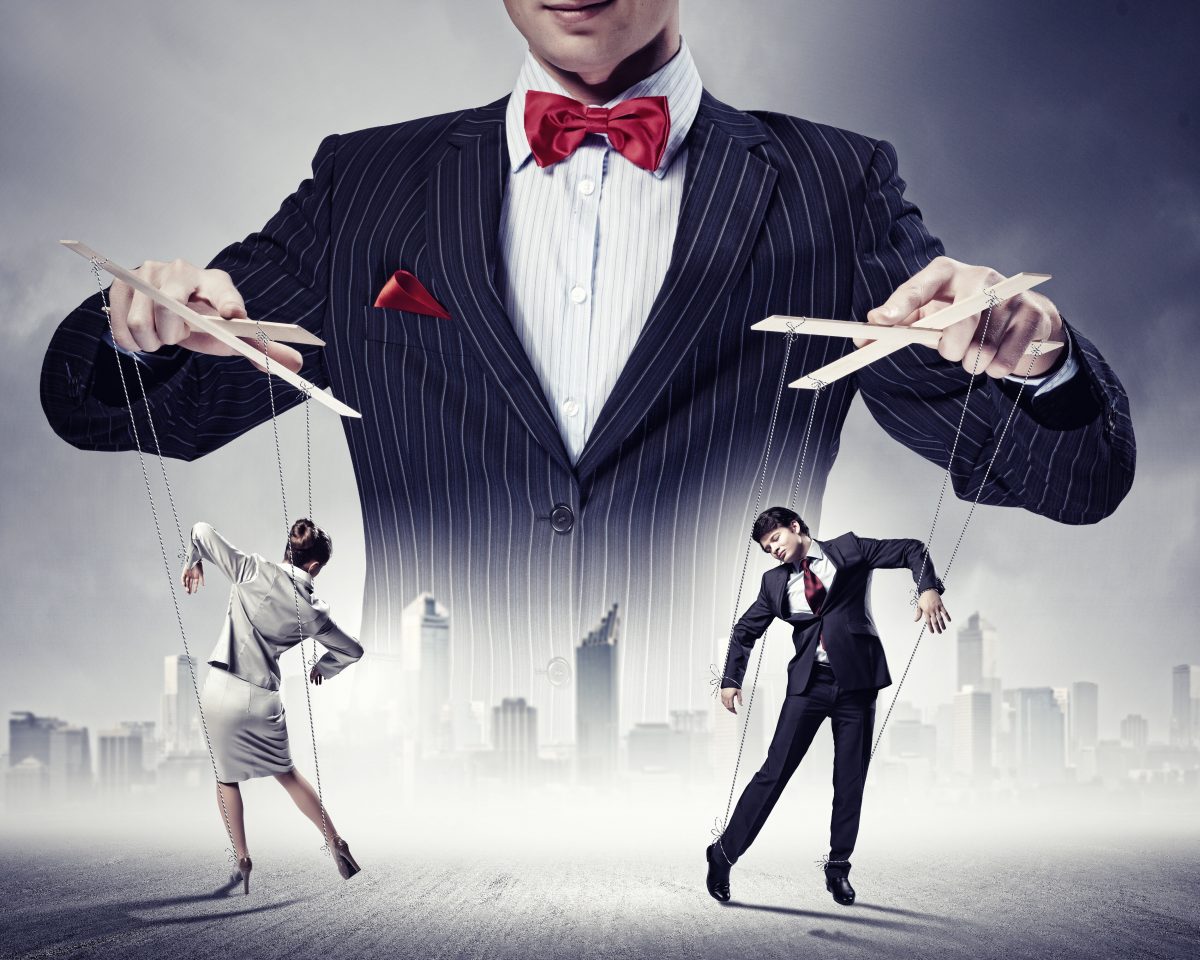 One of the most peculiar claims to gain currency in higher education holds that academia has become captive to nefarious monied interests on the political right. Writings in this genre almost always hail from scholars on the left, and attribute a variety of problems in the academy—both real and imagined—to the ulterior-motived influence of conservative and libertarian donors.

Claims of this sort range from abstract allegations of a sweeping but ill-defined “neoliberal” takeover of the university system to elaborate conspiracy theorizing about specific disliked scholars and donors a la Nancy MacLean’s Democracy in Chains.

Common to each telling, an external force of “right wing” ideas are surreptitiously implanted into an academy that previously operated without the taint of these corrupting influences and money. The solution to higher ed’s woes may thus be found in identifying and purging the philanthropic intrusion—in “UnKoching” the campus, in discrediting “neoliberal economics,” and in attributing the achievements of associated academics not to the quality of their scholarly insights but to the purported advantages that clandestine rightwing funding provided them.

This provides a convenient way of attacking and dismissing free market thought, conservatism, libertarianism, or any other disliked ideology without engaging their arguments.

The latest example of this genre comes in the form of a bizarre report by historian David A. Walsh for the Urban Institute, purporting to trace a rightward “transformation” in American intellectual life due to the influence of conservative and libertarian donors.

Using a series of case studies about conservative foundations and donors, Walsh alleges that funding from the right effected a sweeping shift toward free-market, deregulatory, and anti-government ideology within the university system. Conservative donors, he contends, “normalized right-wing politics in the academy to an extent conservatives could have barely imagined in the 1960s.”

While Walsh’s study provides basic historical synopses of several major funders and groups on the right—the Olin Foundation, the Walgreen Foundation, the Koch brothers, and the Federalist Society among them—he conflates their very existence on campus in any form for evidence of the alleged rightward shift in university life. Nowhere does he attempt to measure or substantiate the claimed influence of conservative philanthropic giving, let alone compare it to a suitable control such as the much larger network of donors and foundations on the left.

Mere allegations, tied to a short list of disliked donors and foundations, suffices to sustain Walsh’s causal claim about the rightward “transformation” of academia.

There’s a good reason for Walsh’s lack of measurable evidence for the alleged transformation: Academia did in fact undergo a measurable ideological shift in the late 20th and early 21st centuries, but it played out exactly opposite the assertions found in Walsh’s report, the broader “neoliberal takeover” literature, and similar contributions to this genre. All empirical measures show an academy that is moving sharply and rapidly to the political left.

The clearest measure of this leftward shift may be seen in faculty political identification over time. If conservative philanthropy actually exerted transformative power over the academy, we could reasonably expect to see a measurable increase in the number of faculty who self-identify on the political right. Instead, the opposite has happened.

University faculty have always leaned to the left of the general public, although from the 1960s until the late 1990s self-identified left-liberals consistently made up a stable plurality of about 40 to 45 percent. A sharp leftward shift began around 2000, and left-liberals currently make up an astounding 60 percent of all university faculty.

Faculty growth on the political left comes at the direct expense of conservatives, who dropped from 22 percent of the academy as recently as 1995 to only 12 percent today. Furthermore, faculty who identify as “far left”—a category that usually includes Marxists, socialists, and derivative ideologies in Critical Theory—provided the main impetus of this shift. Far leftists more than doubled in number during this same period, going from a small minority of only 4 percent to 12 percent today—or parity with the total number of conservatives of any stripe.

If any rightward “transformation” of academia happened in this period, as Walsh’s analysis contends, it was so thoroughly subsumed by a larger and simultaneous leftward faculty shift that it does not even register in the data.

A more careful proponent of the rightward transformation thesis might respond at this point that faculty ideology alone does not fully capture the effects of conservative influence on campus. Rather, market ideology or “neoliberalism” has taken root in university administration, due to right-wing philanthropy filling in the gaps from public budgetary cuts, or so the theory goes.

Jason Brennan and I investigated this thesis in our book Cracks in the Ivory Tower by asking a simple question: If neoliberalism has taken over university administration, or the university system at large, who and where are the neoliberals? When did they first appear, and can we track their purported acquisition of power or influence over time? These questions may seem obvious from a social scientific perspective, yet in the world of argument-by-declamation that characterizes much of the higher education literature, nobody appears to have ever tested the claim.

Turning to administrative ranks, we quickly find several indicators of a leftward shift that has paralleled the faculty. Although polling data on administrator ideology only recently became available, a 2018 survey of student-facing administrators—typically the lower-level ranks of student affairs and university life personnel—found that 71 percent identified on the political left. Conservatives comprised only 6 percent, indicating that this segment of university administration sits even further to the left than the faculty at large.

When we try to measure the purported rightward transformation, the speculated academic embrace of free-market ideology is nowhere to be found.

While proponents of the conservative transformation thesis might point out that this survey did not extend to executive-level administrators such as presidents and provosts, the bulk of university “administrative bloat” in the past four decades has actually occurred in the same lower-level ranks of student-facing administration. Between 1976 and 2011, executive level university administrators added about 150,000 new personnel to their ranks. Non-executive administrators swelled by over 630,000 in the same period, with the largest categories coming from student affairs and services. In total, these lower-level university administrators currently outnumber full-time faculty and, by every available indicator, they sit to the political left of even the ideologically skewed professoriate.

When we try to measure the purported rightward transformation, the speculated academic embrace of free-market ideology, the troublesome “neoliberals,” and the accompanying influence of conservative donors are nowhere to be found.

Instead, scholars such as Walsh and others who write in the same genre display a habit of focusing upon the exceptions that prove the rule. They cherry-pick foundations such as Olin, Walgreen, and Koch, or organizations such as the Federalist Society, and elevate them to the center of higher education philanthropy, when in fact these funders and their perspectives constitute tiny and shrinking intellectual minorities in an overwhelmingly left-leaning higher education system.

Even among academic disciplines that the right has supposedly targeted—economics and law—conservative and libertarian perspectives still remain distinct minorities.

Economics textbooks place a much heavier emphasis on pro-intervention “market failure theory” than on deregulation or critiques of political shortcomings. Faculty hiring patterns at top law schools display clear evidence of favoritism to progressive applicants, whereas comparably credentialed conservatives and libertarians tend to place at much lower ranked institutions.

In noting this empirical reality, I make no claims about the “proper” level of ideological balance in higher ed. Intellectual diversity does appear to carry value onto itself by breaking up ideological echo chambers and subjecting research to scrutiny from outside perspectives. Cross-examination of this type may be more important than ever, given the observed decline in scholarly rigor afflicting several of the most left-leaning academic disciplines.

Regardless of what one believes about ideological bias or skew, the claims made by the Urban Institute report, and others before it, are still subject to measurement. By eschewing any and all appropriate measures and focusing instead upon advancing a story of conservative ascendance through simple unproven assertion, the literature in this genre paints a deeply inaccurate picture of long-term ideological trends on campus.

When we turn to measurement instead of anecdote and unfounded assertion, and when we subject basic claims about academia’s ideological transformation to scrutiny, the evidence is overwhelming. The American university system has shifted, and continues to shift, sharply toward the political left.

Phillip W. Magness is a Senior Research Fellow at the American Institute for Economic Research, and the co-author of Cracks in the Ivory Tower: the Moral Mess of Higher Education.