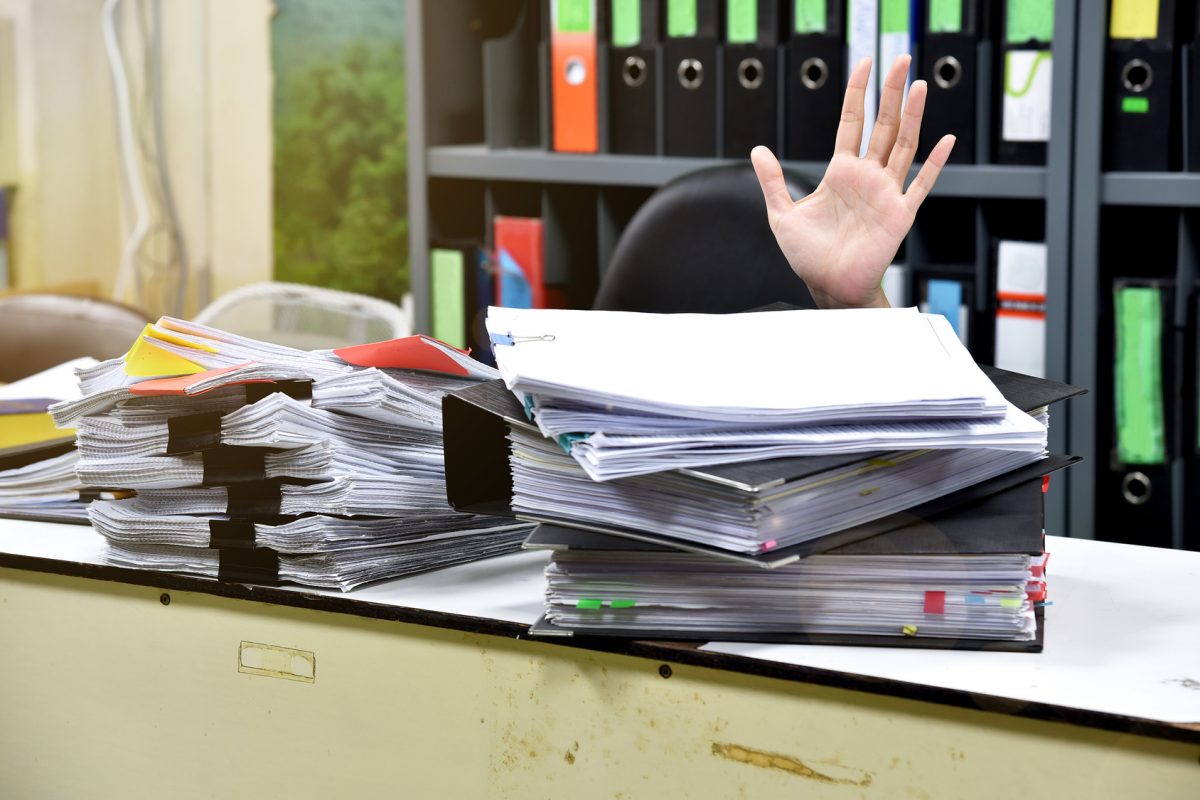 By now, most followers of the higher education press have heard of the “grievance studies” or Sokal Squared hoax.

In this incident, a team of three researchers successfully published several hoax papers on intentionally absurd subjects in ostensibly serious scholarly journals. Their purpose was to demonstrate the susceptibility of these venues to low-quality, ideologically charged “research” that advances left-wing identity politics.

The hoax articles lampooned the academic fashionability of its chosen subject areas. Samples of the published papers included an article on “rape culture” among dogs in urban dog parks, a piece espousing a theoretical framework for the acceptance of obese bodybuilders, a nonsensical string of computer-generated “therapeutic” political poetry, and even a passage of Mein Kampf repackaged as critical gender theory.

No doubt the hoaxers used the academy’s political inclinations advantageously, and indeed their critics have accused them of an unfair “put down” that targeted scholars of gender and racial discrimination—two worthy areas of academic study that champion historically disadvantaged persons and communities.

Allow me to suggest that both their supporters and critics have largely missed the mark by focusing on the political objectives of the perpetrators.

While identity politics have dominated the fallout discussions, the real lesson of the hoax is what it revealed about the crisis of rigor afflicting academic publishing. The fabricated articles only advanced to publication because decades of lax standards have made academically fashionable nonsense—including other forms of fraudulent work—the norm for celebrated scholarship in several of the humanities and social sciences.

The hoax succeeded precisely because its products were indistinguishable on their face from the type of “serious” scholarship that regularly appears in academic journals.

While the titles of the hoax articles were humorous and cringeworthy, pause to consider how they compare with other forms of “legitimate” research. Is the hoaxers’ intentionally ridiculous flagship product, “Human Reactions to Rape Culture and Queer Performativity in Urban Dog Parks in Portland, Oregon” really all that far removed from the now-notorious “Glaciers, Gender, and Science: A feminist glaciology framework for global environmental change research?” This 2016 study was published in the No. 2-ranked geography journal with the assistance of a six-figure National Science Foundation grant.

Earlier this year, a leading peer-reviewed journal in qualitative and interdisciplinary research published an article that purported to be co-authored by the principal investigator’s pet cats (one of which was also deceased). The product stands out as an archetype of the increasingly common world of academic “autoethnography”—essentially a research approach in which a professor records events from his or her daily lived experience and then interprets them through the lenses of post-structuralism, critical theory, or one of many closely related derivatives of academic Marxiness. True to form, that article deployed the intellectually incomprehensible and ethically compromised French literary theorist Jacques Derrida to “interpret” a claimed spiritual communication between the feline co-authors.

Or consider another example from a journal of “Critical Geographies” that in 2016 published an expletive-laden train-of-consciousness tirade against “neoliberalism.” The article’s abstract is entirely representative of its next six pages of text “Yep, f*** it. Neoliberalism sucks. We don’t need it.” What follows is a fury of profane yet content-free ranting against Milton Friedman, Friedrich Hayek, capitalism, free markets, and the Mont Pelerin Society for being the alleged source of all that the author finds wrong with the world.

The explicitly juvenile nature of the project should not obscure a deeper deficiency though. The object of its author’s ire—“neoliberalism”—is itself an intellectually vacuous line of scholarly research that has nonetheless become one of the fashionable buzzwords in humanities scholarship. The word “neoliberal” itself is archaic and boasts few if any modern adherents. Yet it is incessantly deployed in academia with explicitly pejorative purposes—usually as a stand-in term for any economics of a non-Marxian variety.

A full accounting of similarly dubious scholarly outputs in the past five years could easily fill hundreds of pages, but suffice it to say that low-quality and even unintentionally comical research is a commonplace feature of the ivory towers.

The Sokal Squared hoaxers began their quest as an attempt to out-absurd the absurd, yet at most, they only succeeded in a convincing replication of an unfortunate new norm. They attempted parody of a style of writing that, through its own willingly embraced and celebrated devices, has become impossible to parody.

Nonetheless, the empirical results of the hoax remain impressive. In total, they secured publication for seven hoax papers out of twenty that they prepared for the experiment. While six were rejected, another seven were under various stages of review or “revise and resubmit” at the time the hoaxers decided to pull the plug on their deception. They likely could have placed additional fake papers with relative ease if they so desired.

By academic standards, their success rates are well above average. At least four of the accepted pieces appeared in highly ranked “field” journals of a caliber that usually qualifies for hiring and tenure decisions. Considering that the median academic in the United States has only published one to two professional works of any type in the last two years, the seven accepted hoax papers in only a year’s time would be more than sufficient to establish a fictional author as an “expert” on their subjects.

If these seven hoax publications could be combined into a fictional composite academic at the beginning of his or her career, the resulting CV would actually stand a strong chance on the job market in several humanities disciplines—provided the scholar also had a suitable academic pedigree in the critical theory world.

The proliferation of academically fashionable nonsense—and the treatment of such nonsense as if it were credible scholarship—is itself only one of the more visible signs of the ongoing crisis of rigor in the academy.

When articles of almost comically low quality become an acceptable norm of supposedly prestigious academic journals, the accompanying erosion of rigor also removes academia’s defenses against research with much deeper structural deficiencies—including the misuse of evidence and related forms of scholarly misconduct

Only two decades ago, the academic history profession was forced to withdraw its top honor, the Bancroft Prize, from Michael Bellesiles’ book Arming America. Although initially celebrated as a politically fashionable nod to progressive gun politics, Bellesiles’ work came under intense scrutiny that revealed the author’s rampant misuse of archival material, mischaracterization of historical records, altered quotations, frequent citations to sources that did not support the author’s claims, and even elementary errors of basic fact.

Perhaps the revelations of the hoaxes, or ongoing scandals such as the MacLean affair, will direct some attention to the problem of scholarly rigor in the coming years.

Academia initially rallied to Bellesiles’ defense, with several professional associations adopting cautious but certain statements of support for his work. Bellesiles himself also adopted the strategy of refusing to answer his critics, and instead dismissed them with ad hominem attacks and alleged connections to the NRA lobby. The deficiencies of Bellesiles’ work became too difficult to ignore though, and the profession begrudgingly self-policed this breach of basic scholarly standards.

Fast forward to the present day, where a similar breach of basic scholarly norms afflicts another prize-winning historical work. Nancy MacLean’s Democracy in Chains—a thoroughgoing attack on the free-market economic theories of Nobel laureate James M. Buchanan—contains dozens of unsupported and unsubstantiated allegations against Buchanan, misused and misrepresented archival materials, altered quotations, citations that do not match the author’s claims, and even purported historical conversations that appear to be made up out of thin air.

Like Bellesiles before her, MacLean has adopted a strategy of refusing to answer her critics (myself included), except with ad hominem. And yet unlike the Bellesiles episode, the history profession has thus far responded by embracing and celebrating MacLean’s work. It is just one symptom of many across the academy, but it points to a complete breakdown in the most basic standards of scholarly rigor and scrutiny.

Perhaps the revelations of the hoaxes, or ongoing scandals such as the MacLean affair, will direct some attention to the problem of scholarly rigor in the coming years. The two are related. The normalization of fashionable nonsense as a basis of academic publishing—and thus hiring and promotion—is itself epistemically destructive to the rigor of the entire enterprise. And stripped of any standards of rigor or quality, academia is left without any basis to scrutinize and self-correct for breaches of scholarly trust.

Low-quality nonsensical academic publications are both abundant and easily replicated in convincing form, as the hoaxers demonstrated. But attempted parody alone will not solve a much deeper crisis of rigor.

Phillip W. Magness is a senior research fellow at the American Institute for Economic Research and the co-author of the forthcoming book Cracks in the Ivory Tower: the Moral Mess of Higher Education.