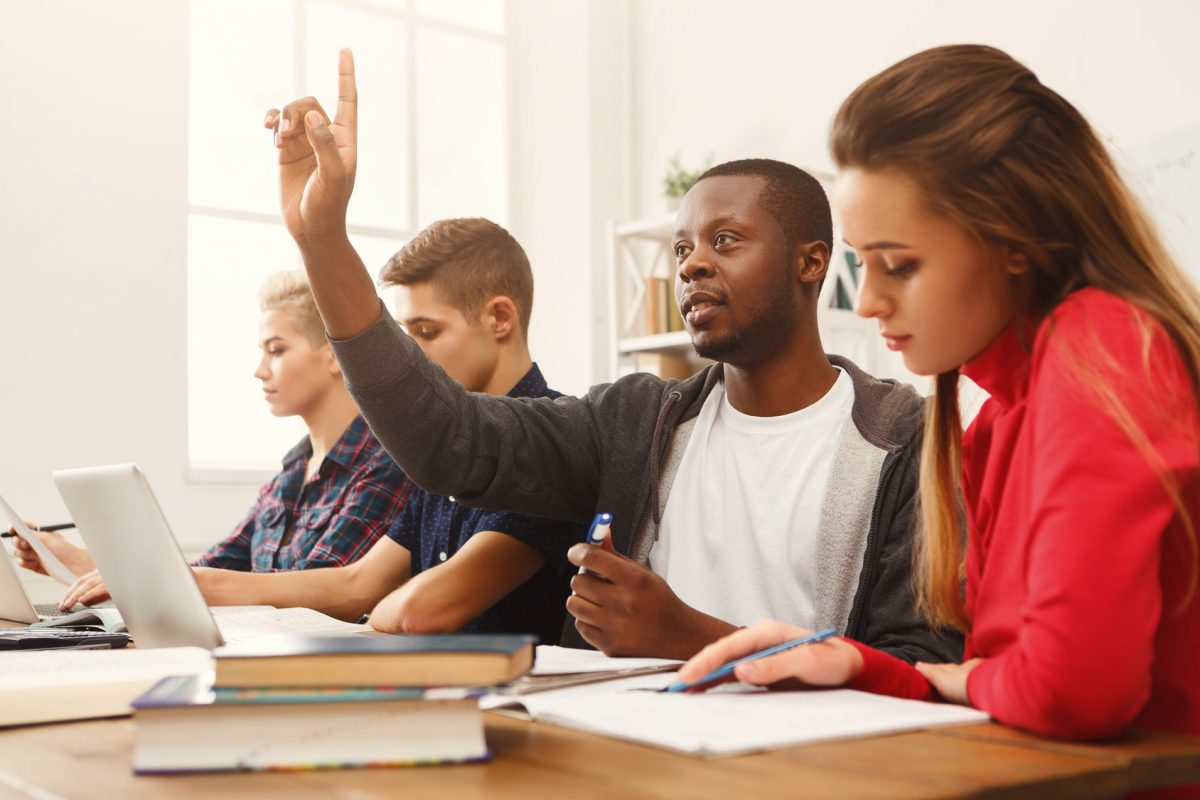 Traditionally, higher education introduced students to life’s most fundamental questions: “What is good?”; “What is true?”; “Do our lives have meaning beyond the material?”; and so on. The focus used to be on developing the whole person: To lift students morally and ethically, to pique their curiosity in all things, and to instill, as Cardinal John Henry Newman wrote, certain “habits of mind” that produce a deeply thoughtful individual.

However, over time, those questions have faded into the background due to an increasing focus on obtaining credentials for employment. Savvy students who actively search for something deeper than the next “A” or “B” can usually find what they are looking for by carefully choosing their courses. But the great majority of students consists of those who either desire more from their educations than job credentials—but don’t know how to find it—and those who are unaware of the benefits of having a more meaningful worldview. Such students may be more likely to encounter destructive ideologies than be exposed to true wisdom. Or, perhaps, to remain shallow and lacking direction.

But there is a growing reaction to this failure to provide students with a deeper sense of self and purpose. Organizations are springing up to counter the academy’s abandonment of its traditional mission, to restore true liberal learning—and redirect students’ passions toward creating a more enlightened existence for themselves.

One such organization is the Scala Foundation at Princeton University. It was founded in 2016 by Margarita Mooney, an associate professor of congregational studies at Princeton Theological Seminary. She spoke on this topic during a February 27 guest lecture at Duke University entitled “Being Human in the Modern World: Why Personalism Matters for Education and Culture.”

Mooney suggests that at the core of higher education’s current shallowness is a fundamental misunderstanding of the human person. She told the audience that instead of being encouraged to pursue the truth as an end in itself, students are pressured to “achieve” credentials and are treated as if they are just a brain, not a body and a soul. As a result, students’ liberal arts education is stripped of its humanizing purpose—leaving them bereft of meaning. Mooney believes that this leads to a “burnout culture” or a “creative fatigue” that she attributes, at least in part, to the rise in student protesting.

Mooney might be onto something. If students struggle to see any inherent value in their studies beyond their “utility,” then it makes sense why they would want to pursue some “moral cause” in which to fill that meaningless void. Unfortunately, the moral purposes that students come across in college often are entrenched in anti-intellectual identity politics.

Mooney’s intellectual journey that led to founding the Scala Foundation began in North Carolina. She was a professor at UNC-Chapel Hill from 2007 to 2013 where she taught sociology. During her final semester there, Mooney taught a class on happiness. She was surprised by what she discovered: many of the students reported being generally unhappy—as well as unhappy with the education that they had received. There was a sizable discrepancy between what they thought the college experience was going to be and what they had lived.

After leaving her position at UNC-Chapel Hill for Yale University in 2013, Mooney gained a new level of exposure to the average college student’s day-to-day life. She lived in student housing, which allowed her to interact with students outside the classroom—she got a closer look at how they live and what they struggle with on a daily basis.

Mooney gained further insight into the student mindset in 2015 when student protests over an email about Halloween costumes culminated in a student irrationally screaming at professor Nicholas Christakis. The student claimed that Christakis’s role, as the head of a residential college, was “not about creating an intellectual space” but “about creating a home here!” Mooney was surprised to see students willing to stoop to the level of incivility when confronted with a different opinion.

After moving to Princeton University in 2016, Mooney put her ideas about filling students’ intellectual and moral void into action. The Scala Foundation is a non-profit that “aims to strengthen classical liberal arts education and promote authentic human wellbeing.” Its mission statement reads:

Although core questions about human existence were part of a classical education, today many students struggle to connect their classroom experiences to ultimate concerns such as questions of moral truth, the common good, and virtue.

The name “Scala”—Latin for “ladder”—symbolizes some of the foundation’s central values: Balance between body and soul, ascending to excellence, “descending” in humility, and the climb to “contemplate eternal truths.”

To carry out its mission, the Scala Foundation organizes several opportunities for students to gather for thoughtful discussion. Mooney believes that students’ learning environment is important, so she intentionally plans trips to remote, but beautiful, places where students can find solitude and contemplate what they are learning.

Two main activities students engage in are seminars and summer conferences. The seminars are informal discussions that usually take place during dinner and feature a guest speaker who leads the discussion. One recent speaker was Carrie Lukas, president of the Independent Women’s Forum, who co-authored the book Liberty is No War on Women.

Some seminar topics include: “Gene Editing and the Human Future: Human Prerogative within the Natural Order” and “A Conversation on the Most Pressing Issues in Faith, Science and Ethics Today.”

Another organization with similar goals is UCLA’s Center for Liberal Arts and Free Institutions (CLAFI). Directed by law professor Daniel Lowenstein, it provides students, faculty, and community members with the opportunity to explore enduring questions through the study of history, literature, and philosophy. Similarly to Scala, CLAFI hosts frequent guest lectures and seminar discussions. Particularly noteworthy is the annual Constitution Day Dinner. One of the founding principles of CLAFI is that:

A central purpose of a university is to assist and encourage students, faculty, and others to confront basic questions of the meaning of life, the nature of the cosmos and of human society, and the principles of right and wrong. Study and appreciation of history, literature and other arts, philosophy, religion, and social science are of value for their own sakes and are also integral to consideration of these basic questions.

The emergence of organizations such as the Scala Foundation and CLAFI is a positive step for reversing current trends toward intellectual emptiness. Although relatively limited in scope, they can help to make up for academia’s shortcomings. After all, students’ apathy toward knowledge that isn’t strictly “useful” and their militant advancement of “social justice” causes are symptoms of an education that fails to assist them in confronting “basic questions of meaning and life.”

But much more work needs to be done. Even with academics such as Mooney and Lowenstein urging universities to “stick to their mission of helping people know the truth and love the search for truth,” the academic establishment doesn’t seem to be correcting its course anytime soon. Perhaps small efforts to engage students in meaningful learning opportunities such as Scala and CLAFI will gain momentum and join with other solutions to produce major changes.