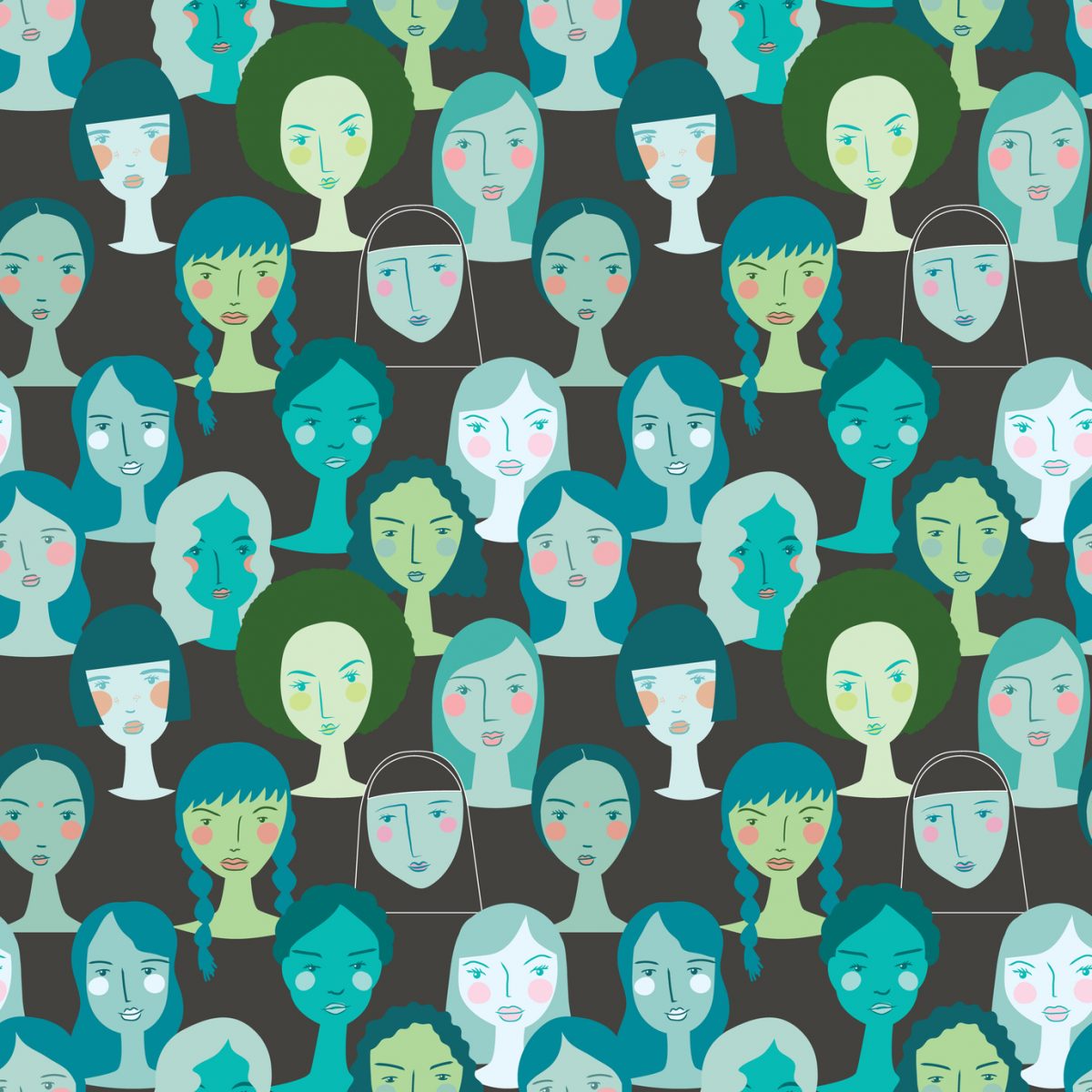 Abigail Stewart and Virginia Valian are senior psychologists at the University of Michigan and Hunter College, respectively. As an opponent of group preferences and double standards to achieve diversity among university faculty, I read their book, An Inclusive Academy, hoping to learn something from people with whom I disagreed.

This study confirms the tenacity of diversity activists and bureaucrats whose “numbers game” continues to embroil universities. For any contemporary campus, the authors find so much diversity to consider to achieve genuine inclusivity—“race and ethnicity, gender, sexuality, rank, ability status, age, dependent care demands, partner status, health, and more.” Even more?

Since the late 1960s, what began as equitable outreach programs (or affirmative action) hardened into demands for equality of outcomes. By the 1990s, diversity had become synonymous with racial or ethnic preferences. It referred to a growing list of groups that a burgeoning administrative elite identifies as deserving special treatment. As defenders of diversity, Stewart and Valian want universities to use race-conscious profiling as a way to fight racism. By permitting preferences in order to combat discrimination, their illiberal justifications undermine the norms of academic focus, disregard disciplinary specialization, encourage mediocrity, and foster cynicism.

Diversity advocates insist race, gender, and ethnicity quotients are an accurate measure of excellence and equity in any field of study. Yet, the authors complain, “When people are treated as members of a group, rather than as valued individual colleagues, the climate feels ‘chilly’” (emphasis added).

As actively open-minded thinkers, Stewart and Valian accept that “disagreement is fundamental to academic discourse” and that “respectful, serious engagement with those who do not support change at the outset nearly always helps sharpen our ideas and allows us to improve them.”

However, their book ignores scholarship that criticizes the ethics or legality of the diversity ideology. For instance, the chapter on “The Benefits of Diversity and Inclusion” cites 110 sources, but not one from critics such as Richard Sander, Gail Heriot, Shelby Steele, Heather Mac Donald, John McWhorter, or Stephan and Abigail Thernstrom.

A tendentious chapter on “Retaining Faculty” describes hostile university workplaces where the demands of so-called “work-centric” academic jobs somehow afflict women. The authors use the word “change” 12 times in one paragraph, concluding, “change often begets more change.” They acknowledge, “changing individuals’ beliefs and attitudes is not only difficult, but smacks of a kind of social engineering that is distasteful to most faculty members” (emphasis added). I wonder why?

Stewart and Valian blame universities for not living up to diversity ideals, citing archaic beliefs among personnel committees for the multiple ways women and people of color allegedly remain excluded from university meetings. I couldn’t detect a single process, protocol, or tradition in the modern academy that the authors deem worth preserving.

As diversity “change agents” become regular participants in hiring committee deliberations, we should expect them to create an endlessly adversarial realm.

The authors warn faculty to exude positive language usage whenever discussing equity, diversity, and inclusivity (EDI) to assure academic women and people of color have “a sense of belonging.” Stewart and Valian understand they will be criticized for their efforts to advance diversity inclusion, warning that defending such policies requires constant vigilance. They urge departments to explain their hiring practices “in a coherent and transparent way—over and over!” Their tireless advocacy about academic uplift resembles the paternalist terminology used by French colonialists, “mis en valeur”—policies to improve native lives.

Many campuses expressly recruit faculty, not for a disciplinary specialty, but for their explicit contribution to diversity. Such search committees prefer candidates with a proven commitment to diversity and who come from underrepresented groups whose members somehow (mysteriously) understand the need for “work-life balance” in academic life. According to the authors, that combination produces particularly attractive EDI candidates.

An Inclusive Academy provides handy suggestions for academics seeking the latest phraseology for EDI credentials to demonstrate one’s commitment to inclusivity and diversity. Its examples show how universities are evolving into therapeutic institutions rather than remaining sites for higher learning.

In pursuit of inclusivity, Stewart and Valian embrace stereotypes. They homogenize women and ethnic minorities, claiming they’ve suffered under a capricious yoke of white males that precluded them from being evaluated on merit. They portray today’s campus as a place where women are constantly the target of sneers, putdowns, and derogatory remarks. That’s completely at odds with what I’ve witnessed over the past 40 years at a state university. Some feminists declare that simply being a woman in 2019 qualifies them as a historically underrepresented minority. For a methodical debunking of such insinuations, see Heather Mac Donald’s The Diversity Delusion.

These white psychologists admit that equal opportunities may never lead to equality of outcomes. One’s profession, seniority, education, and working conditions all affect gender pay equity. Men may still prefer to study inanimate objects like automobiles, bridges, highways, architecture, and engineering, while women are drawn to social service fields. Is that why fewer women enter higher-paying STEM fields? Stewart and Valian suggest that interest in abstractions and competition conflicts with many women’s relational and human-based priorities.

To explain why the natural sciences may appeal more to men than to women, the authors assert:

Women are more interested in helping people than are men, and women have more progressive political stances. Women see their goals, which include helping others, as incompatible with the goals of science. Students perceive most natural sciences, math, and engineering as less compatible with goals involving intimacy and altruism than with goals involving power and achievement. If students have goals that are communal, they are likely to see science as a bad fit.

If a man proposed these intriguing observations, it might induce fainting spells among some feminists and become grounds for his termination.

What is to be done? Victimized by the actions of others, can women really be held accountable for making unwise decisions? Radical feminists dismiss individual agency as a neo-liberal conceit that ignores the structural impediments that sustain gendered disparities and make universities unwelcome to women. The authors tacitly accept such absurd campus caricatures as offered by feminist malcontents.

Stewart and Valian consider group membership a valid basis to hire or retain faculty, yet they repudiate gender or racial essentialism. Exhibiting utopian impulses, they insist “even one racist or sexist aside is one too many.” While they admit overt discrimination no longer explains disparities in academic fields, they still detect “myriad types of subtle under-valuations.”

The authors cluster and count people by gender, race or ethnicity to track whether inclusivity goals are being met. They insist universities must hire more women and people of color “to more fully represent the world.” Yet, they then renounce group membership, insisting that once hired, faculty must thereafter be treated as individuals.

Their solution to ending discrimination is to have diversity “minders” inserted at every level of any faculty search. To advance inclusivity, Stewart and Valian advocate group double standards as a way to tackle injustice. They propose outsiders be appointed to all faculty search committees, even for fields that lie far outside one’s own discipline. As diversity “change agents” become regular participants in hiring committee deliberations, we should expect them to create an endlessly adversarial realm.

They group tens of millions of people into vast cohorts whom they imagine share characteristics that enable them to think or act as a single entity. The authors overlook the massive internal diversity within any huge categorization. Does demographic diversity really produce intellectual variety? They admit the “data are complicated,” but conclude “an ongoing active commitment to equal access to all of society’s demographic subdivisions is the fair thing to do.” In the name of inclusiveness.

Stewart and Valian conclude that constant pressure to maintain inclusive policies must ultimately come from upper-level academic bureaucrats. Only they have the power to police faculty searches and reward courageous personnel who tackle the tricky issues of equity, diversity, and inclusivity. The authors believe that one’s identity group contributes to gender-focused or race-based approaches to the creation of knowledge. Such empty platitudes create an atmosphere where academic progressives can support double standards and group preferences and deny that the finest thinkers, critics, researchers, and teachers are not linked to any one group.

An indictment of male faculty for past mistreatment of women and minorities fuels the struggle of Stewart and Valian to make universities more inclusive. The obstacles seem insurmountable, hence their work as activists and consultants is never done.

Charles Geshekter is a historian of modern Africa whose specialization is 20th-century Somalia.

A Lame Case for Diversity