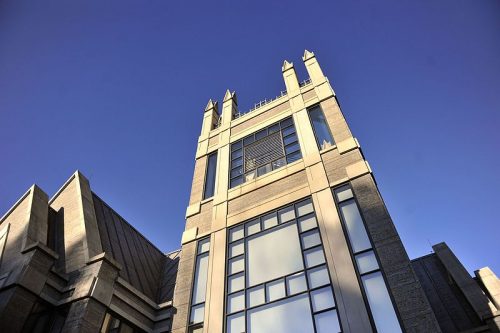 The end of the spring semester marks the 20th anniversary of my professorship at Duke, first as an assistant professor and then as an associate professor of the practice at the Sanford School of Public Policy. During this time, I regularly taught the required ethics class for all undergraduate public policy majors. I won multiple teaching awards, consistently received scores on student teaching evaluations above the school average and, in a Duke Chronicle poll of undergraduates, was ranked as one of the three most popular professors at Duke University for several years.

Therefore, I was blindsided last April when informed that my contract would not be renewed, particularly given that for the past five years (I was on a five-year renewable contract) I was never informed of any problem with any aspect of my performance. Nor was I given an evaluation, despite a change to the Duke bylaws in 2017 mandating such reviews (see here).

When word of the non-renewal of my contract got out, a letter written in my defense, signed by 100 former students, was published in the Duke Chronicle, and these same students and others began a letter-writing campaign imploring the Sanford administration to reconsider their decision.

Last April, I filed a complaint with the Faculty Hearing Committee (FHC), a university-wide committee tasked with hearing faculty complaints on matters such as tenure and contract renewal. In their written report, they made clear (as Sanford never did) the actual reason for the loss of my job: Dissatisfaction with my “classroom performance.” Specifically, according to Sanford:

Professor Charney’s tendency to provoke negative reactions, and perhaps harm, among some students in the classroom due to his confrontational teaching style—a style that had a tendency to be polarizing among students, particularly in a required Sanford course in which not all students could choose to have Professor Charney as an instructor.

That’s an astonishing claim that stands in stark contrast to the assessment of the FHC itself:

The members of the panel were disappointed with Sanford’s handling of Professor Charney’s reappointment. Professor Charney was, for many years at Duke, a highly-rated, University-decorated, and—for many, many students—beloved and formative professor. He was an asset to Duke.

Last April, I was informed that my contract would expire in one year—and was then assigned to teach two classes of the very same required Sanford course, one in the fall and one this spring, in which I supposedly had a tendency to harm students. If Sanford actually believed their own rhetoric, they would be guilty of knowingly endangering their students.

Why did I lose my job on the basis of my purportedly having a tendency to harm students, when there was no evidence of such a tendency, either in my student evaluations or any other feedback I received from students and faculty?

The answer, I believe, is twofold: First, the complaint of a handful of students concerning the events of a single class in which we discussed racism at Duke; second, an administration willing to give this complaint absolute credence and greater weight than a record of 20 years as an outstanding teacher, and to distort that record to ensure a negative vote of the faculty.

It is extremely troubling that the complaint of a handful of students proved dispositive, inasmuch as most students who were in the very same class had very different reactions to my teaching. Here is one representative example:

As a woman of color, I write to bring attention to an aspect of Charney’s teaching that will be as missed as much as it is needed in today’s political climate…The climate at Duke reflects the polarization of the country at large. Conversations are halted before they can even begin. Instead of listening, instead of understanding or trying to understand, people on both sides are combative and dismissive…Charney taught us how to have those conversations, how to navigate race relations, how to empathize.

To be sure, I am a provocative professor. I challenge students’ deeply held beliefs and expose them to material some would find shocking and offensive. Far from having a tendency to provoke negative reactions, harm, and polarization, it is precisely my method of teaching that has made me such a popular teacher and has led student after student to assert that my class changed her life.

An ideologically driven and enforced conception of harm is fundamentally at odds with the principle of faculty free expression.

What happened to me is being repeated at colleges and universities throughout the country. Unfortunately, a growing number of university students equate being made uncomfortable in the classroom with being “harmed.” And in this they are encouraged by a growing number of faculty and administrators who view the mission of the university as more about shielding students from such “harm” (for the sake of “inclusivity”) and less about meaningful education. In the “surveillance university,” students are encouraged to report on the transgressions of faculty, and in what has been called an impulse of “vindictive protectiveness,” faculty are judged guilty and harshly punished.

Such protectiveness is motivated less by a reasonable concern for students’ mental health and more by political ideology. The complaint of a group of conservative students who felt singled out or disrespected or uncomfortable in class would be taken far less seriously. I have been on the receiving end of faculty emails making light of just such complaints.

Nor would a complaint by religious students that God and Christianity were mocked by their professor have much purchase. And I have never heard that Sanford’s “safe space” is a welcome refuge for the (generally reviled) minority of “open” Trump supporters on campus, nor have I heard of “trigger warnings” for depictions of disrespect to the American flag or harm to the unborn.

Such an ideologically driven and enforced conception of harm is fundamentally at odds with the principle of faculty free expression (teaching style is as much a matter of free expression as course content or ideological viewpoint). It is, to borrow a phrase from First Amendment jurisprudence, a content-based restriction on speech.

To be clear: I am not calling for an expansion of the ethos of vindictive protectiveness to be all-inclusive. I am, rather, calling for its abandonment as it is deeply corrosive to the educational mission of a university.

Finally, Duke, like colleges and universities throughout the country, is relying ever more on non-tenure track faculty. Given that tenure was instituted to protect faculty speech in all of its manifestations, this is a cause for concern. The political climate on campuses may be such that even tenured faculty have something to fear, but the threat is particularly great for the growing ranks of non-tenured faculty. It creates a strong incentive to avoid any style of teaching that might conceivably cause discomfort to students who fall within the ambit of an ideologically driven protectiveness.

Teaching shaped by fear, especially when dealing with controversial topics (assuming such topics are not avoided altogether) will never be effective teaching.

As the FHC noted in this regard, “even if every member of this panel viewed it as deeply wrongheaded, a school or department at Duke could decide that it simply did not want a POP [Professor of the Practice] in any of its classrooms who would make any student feel uncomfortable at any time.”

Here’s to being deeply wrongheaded.

Evan Charney is an associate professor of the practice of public policy and political science at the Sanford School of Public Policy.